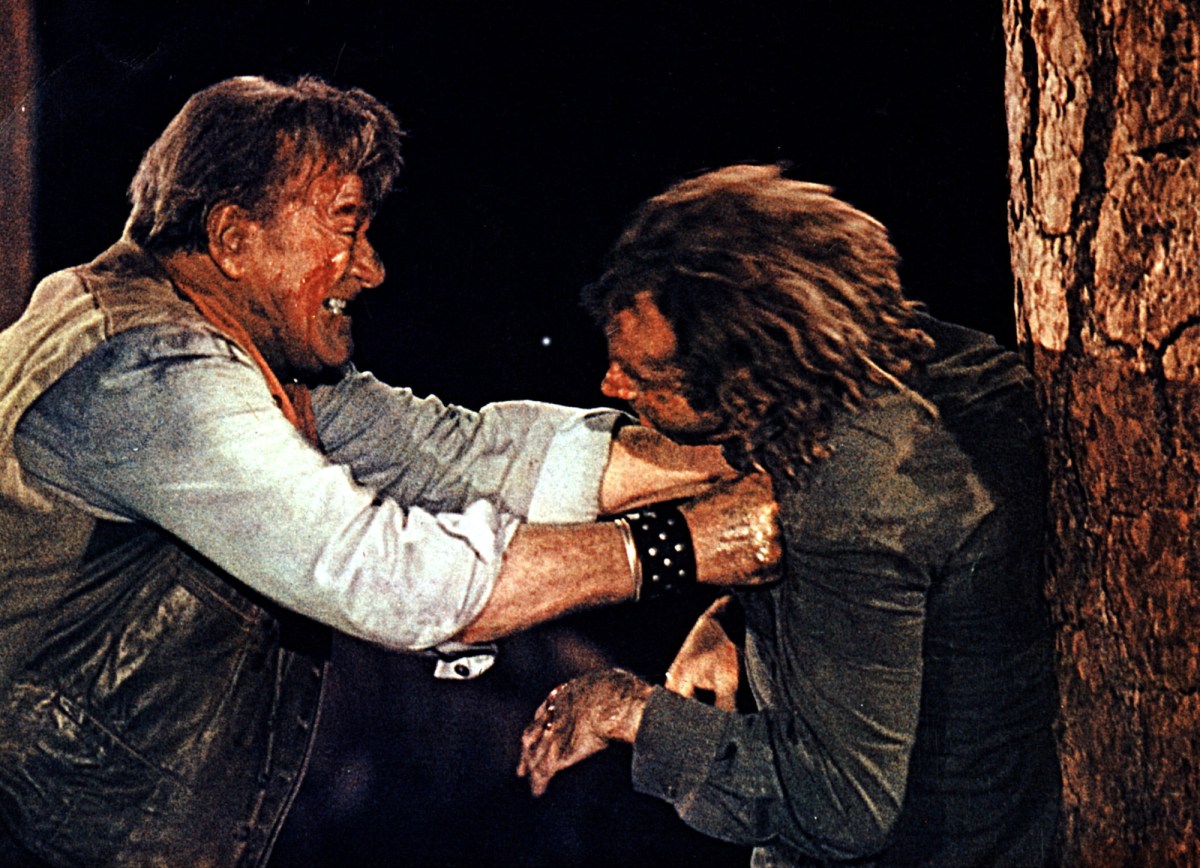 The Cowboys earned high praise for the adventure that starred John Wayne and Bruce Dern. However, the third act pivoted into a more violent direction than most of the legendary Western movie star’s pictures. Wayne wanted Dern to come off as intimidating on the set as possible, so he gave him full permission to “publicly kick the s***” out of him in front of the child actors. He wanted to see them genuinely terrified of his co-star to enhance their performances.

‘The Cowboys’ saw John Wayne and Bruce Dern face off

The Cowboys follows Wil Andersen (Wayne), who is a highly experienced rancher. He’s preparing to set out on a long cattle drive, but the crew he was planning on using quits to pursue the gold rush. As a result, Wil has to figure out a way to make it work. He’s left having to hire a group of young schoolboys to fulfill the role on the dangerous trip, but it comes with rewards.

Wil spends his time training the young boys to become true cowboys and finally manages to roll out. However, they run into a vicious bandit named Long Hair (Dern), who sees an opportunity to steal the herd from the old man and a bunch of children. This places Wil and Long Hair on a direct path to a fight to the death that the protagonist loses.

In an interview with Cowboys & Indians, Dern talked about his experience working with Wayne on The Cowboys. The actor was far from the “grizzled veteran” that he later became, but he was about to face off with the Duke himself. Many actors would shy away from doing so for multiple reasons, including that it could kill their career. Dern certainly wasn’t unaware of this and told the magazine that he “might have been” a bit intimidated by Wayne.

“But right at the start, he says to me, ‘I want you to do us a favor,’” Dern recalled. “He was including himself, [director] Mark Rydell, and the scriptwriters. He said, ‘From now on, consider me to be somebody you can publicly kick the s*** out of 24 hours a day on the set. Because I want these little kids [playing the cowboys of the title] to be absolutely terrified of you.’”

Dern continued: “He gave me carte blanche to just treat him like a turd. So I was on him, talking back to him and stuff, for the few days I was there. And he would do things like call out: ‘Hey, Mr. Dern, would you get over here?’ I thought, Hey, John Wayne gives you a ‘mister’ status. My first day, he’s calling me mister. How about that? That’s pretty cool.”

The performers admit they're honored to be the first K-pop group nominated at the GRAMMYs and send a special message to their Army fandom. Watch!
King Charles Will Be ‘a Big Part’ of Prince William’s Transition to a Modern Monarchy, Former Royal Butler Says
SHARES
ShareTweet