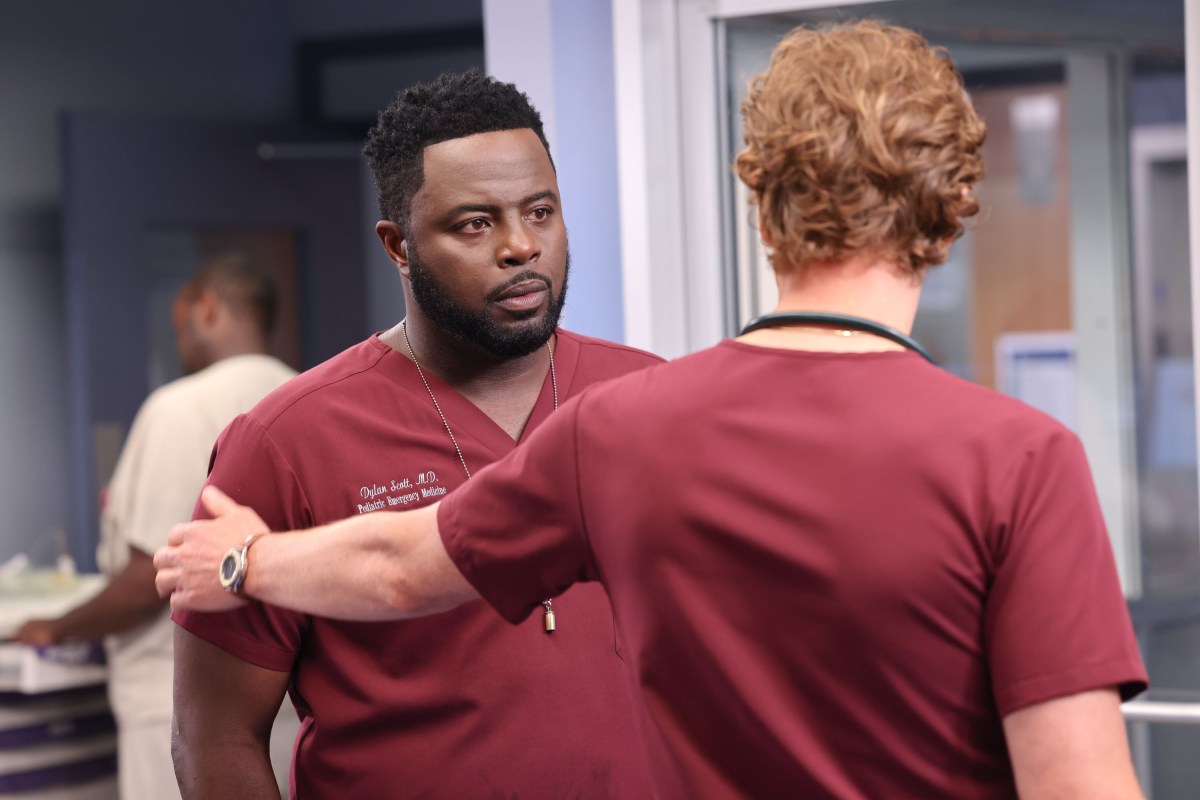 Guy Lockard as Dylan Scott and Nick Gehlfuss as Will Halstead in the ‘Chicago Med’ Season 8 premiere | George Burns Jr./NBC via Getty Images

One was Lockard, who joined the show in season 7. His

Chicago Med fans have seen the last of Dr. Dylan Scott, at least for now. The season 8 premiere was the last for actor Guy Lockard, who plays the cop-turned-doc on the NBC medical drama.

Guy Lockard as Dylan Scott and Nick Gehlfuss as Will Halstead in the ‘Chicago Med’ Season 8 premiere | George Burns Jr./NBC via Getty Images

One was Lockard, who joined the show in season 7. His Dylan Scott character is a former cop who switched gears to become a physician. But he found it hard to shake his past as a police officer. Last season, he got involved with undercover cop Jo (Riley Voelkel). Her death in the season 8 opener left Dylan devastated and ultimately led him to leave Gaffney Chicago Medical Center for good.

In addition to Lockard’s departure, the season 8 premiere also confirmed Sarah Rafferty’s exit as Dr. Pamela Black. Her character had major surgery at the end of season 7, and she’s unable to return to work as a result. She made a brief appearance in “How Do You Begin to Count the Losses” but won’t appear in future episodes.

Thank you. Each & every one of you. And thank you, Dylan. You changed my life. See y’all soon ???

Lockard took to social media to comment on his character’s exit shortly after his final Chicago Med episode aired.

“Thank you. Each & every one of you,” he tweeted. “And thank you, Dylan. You changed my life. See y’all soon.”

Lockard also gave a special shout-out to Marlyne Barrett, who plays nurse Maggie Campbell on the show. “It’s been an absolute pleasure working with you, sis. I love you,” he tweeted.

Lockard’s time on Chicago Med is over. But that doesn’t mean that fans have necessarily seen the last of his Dr. Scott. The show has a habit of bringing back old characters after they’ve spent some time away. Case in point: YaYa DaCosta’s Dr. April Sexton made a surprise return at the end of the premiere. DaCosta left the show at the end of season 6 to star in the now-canceled series Our Kind of People on Fox. The Chicago Med team isn’t ruling out a similar return for Lockard somewhere down the line.

“We came to the end of his story,” executive producer Diane Frolov told Deadline. “We felt that we had told his story … This …read more