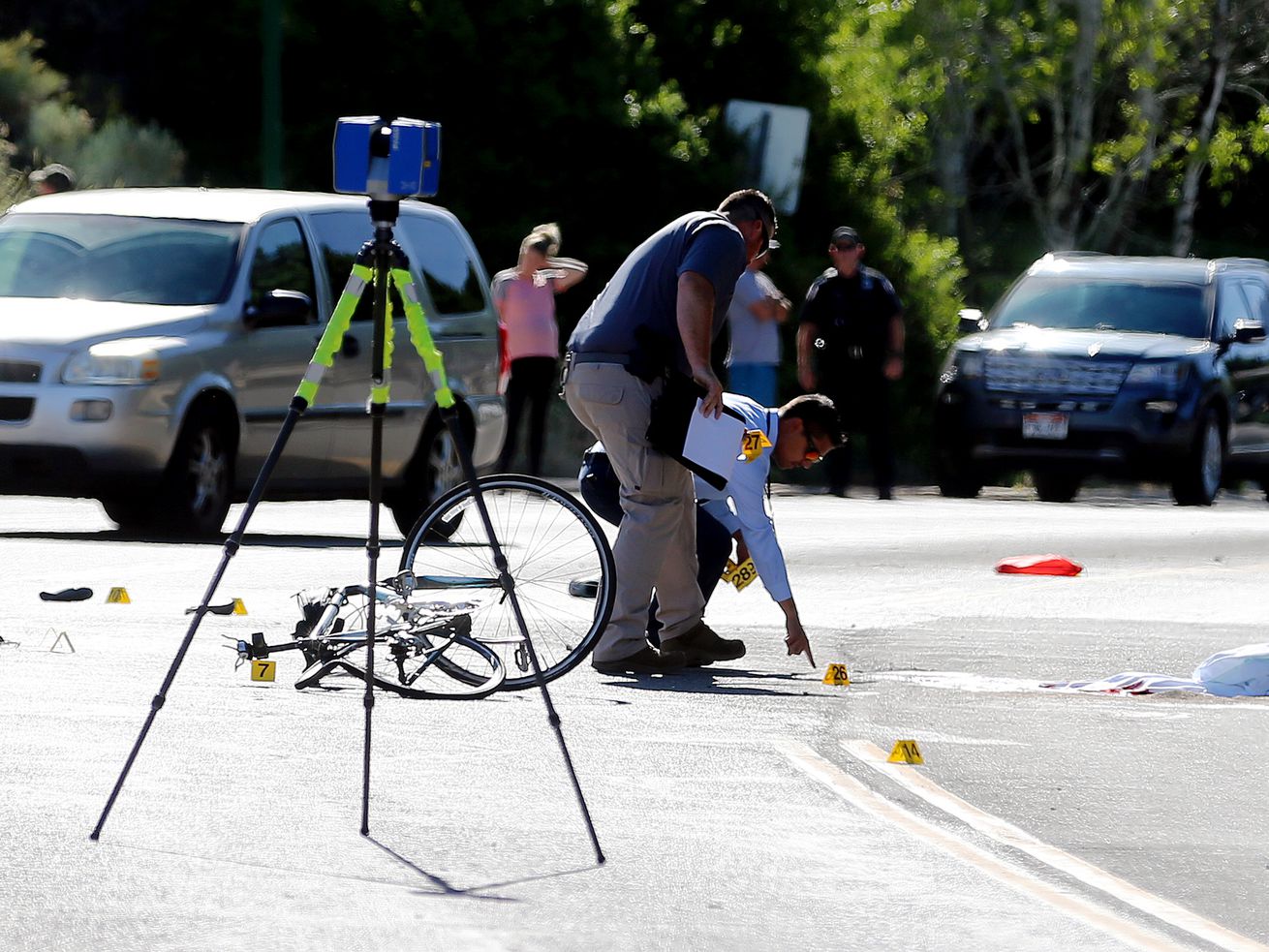 Investigators place markers on the road as Orem police investigate a fatal collision between a bicyclist and a vehicle at 1600 North and Skyline Drive in Orem on Monday. | Scott G Winterton, Deseret News

OREM — A 42-year-old woman on a bicycle was killed in a collision with a truck pulling a trailer on Monday.

The crash happened about 7:30 a.m. at 1600 North and Skyline Drive in Orem. Neither speed nor impairment are believed to be factors in the crash, according to Orem police. Detectives were investigating whether the woman, whose name was not immediately released, ran a stop sign.

This story will be updated as additional information becomes available.