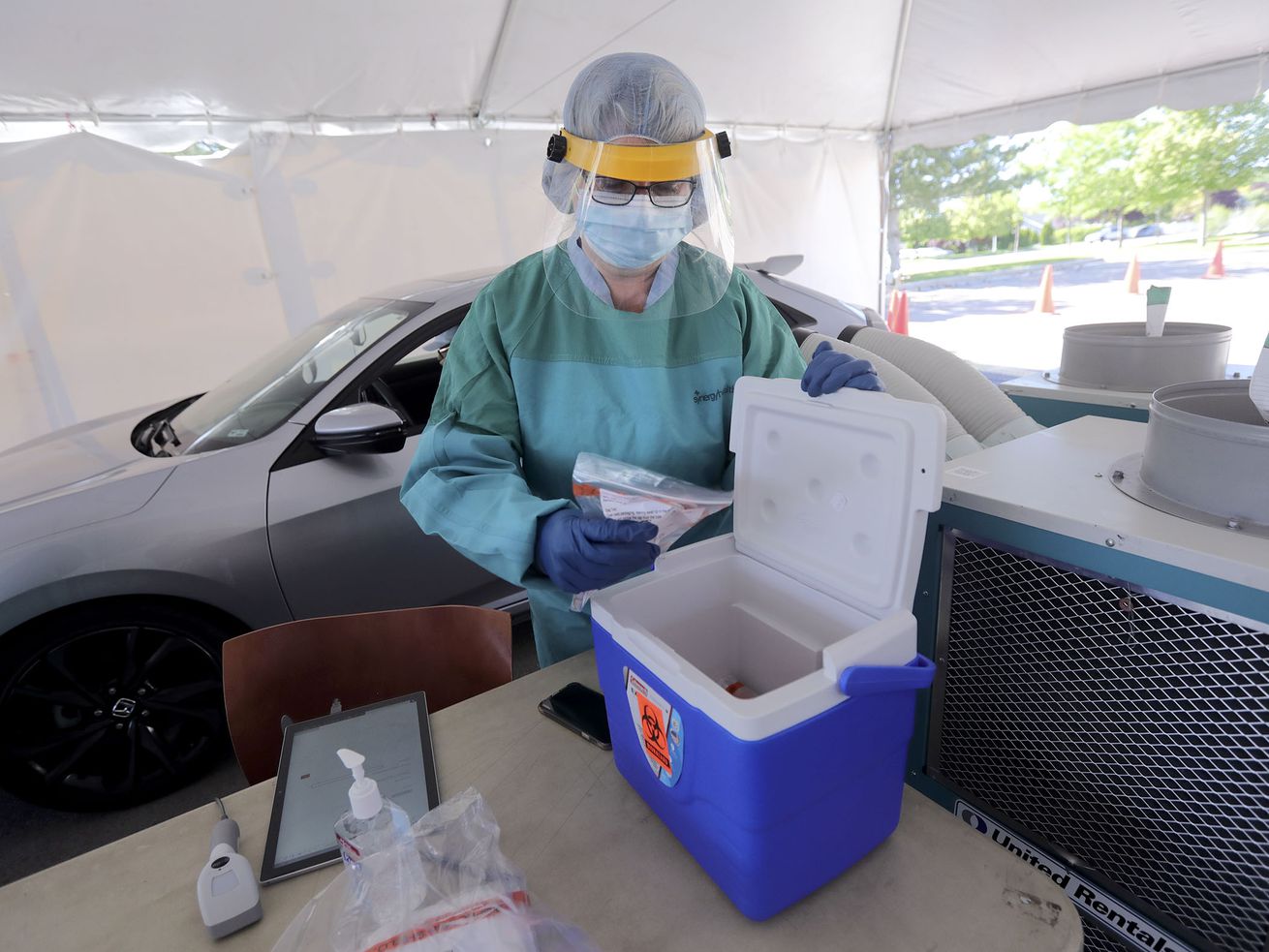 Cassandra Stockwell, a registered nurse, stores a testing sample while giving COVID-19 tests at a TestUtah testing site outside of Timpanogos Regional Hospital in Orem on Thursday, May 28, 2020. | Kristin Murphy, Deseret News

While the Utah Department of Health has touted testing as free for the uninsured since the outbreak hit Utah, providers needed to submit claims to the Health Resources and Services Administration, which reimbursed them with funds from the CARES Act, said Kolbi Young, Utah Medicaid spokeswoman.

And serology testing — which seeks antibodies in a person’s blood to determine whether they’ve had the virus — has not been offered for free on a widespread basis.

The change is expected to protect both patients and providers by ensuring providers get reimbursed and patients don’t end up needing to pay out of pocket for their testing.

“We think that it can help a lot of people out,” Young said.

There won’t be a cap on the number of people who can be covered through the program, which will run through the end of the public health emergency period, Young said.

Anyone without insurance who meets Utah residency and citizenship requirements is eligible regardless of income. Those interested can apply at medicaid.utah.gov/covid-19-uninsured-testing-coverage/.

Unlike funding through the CARES Act, funding for testing provided through Medicaid won’t run out, Young said. The funds come from federal appropriations, and Utah received federal approval to offer the program.

Another benefit is that applicants for the program will also be pushed through the full Medicaid or Children’s Health Insurance Program application process unless they opt out. That will likely help those who are uninsured, but eligible, receive insurance, Young said.

As of the end of April, the latest date for which numbers are available, 309,015 Utahns were enrolled in Medicaid, according to Young. Of them, 53,000 adults were enrolled as part of the state’s full Medicaid expansion implemented this year.

The program has seen an uptick in enrollment during the pandemic, Young said. Officials expect numbers to continue rising.