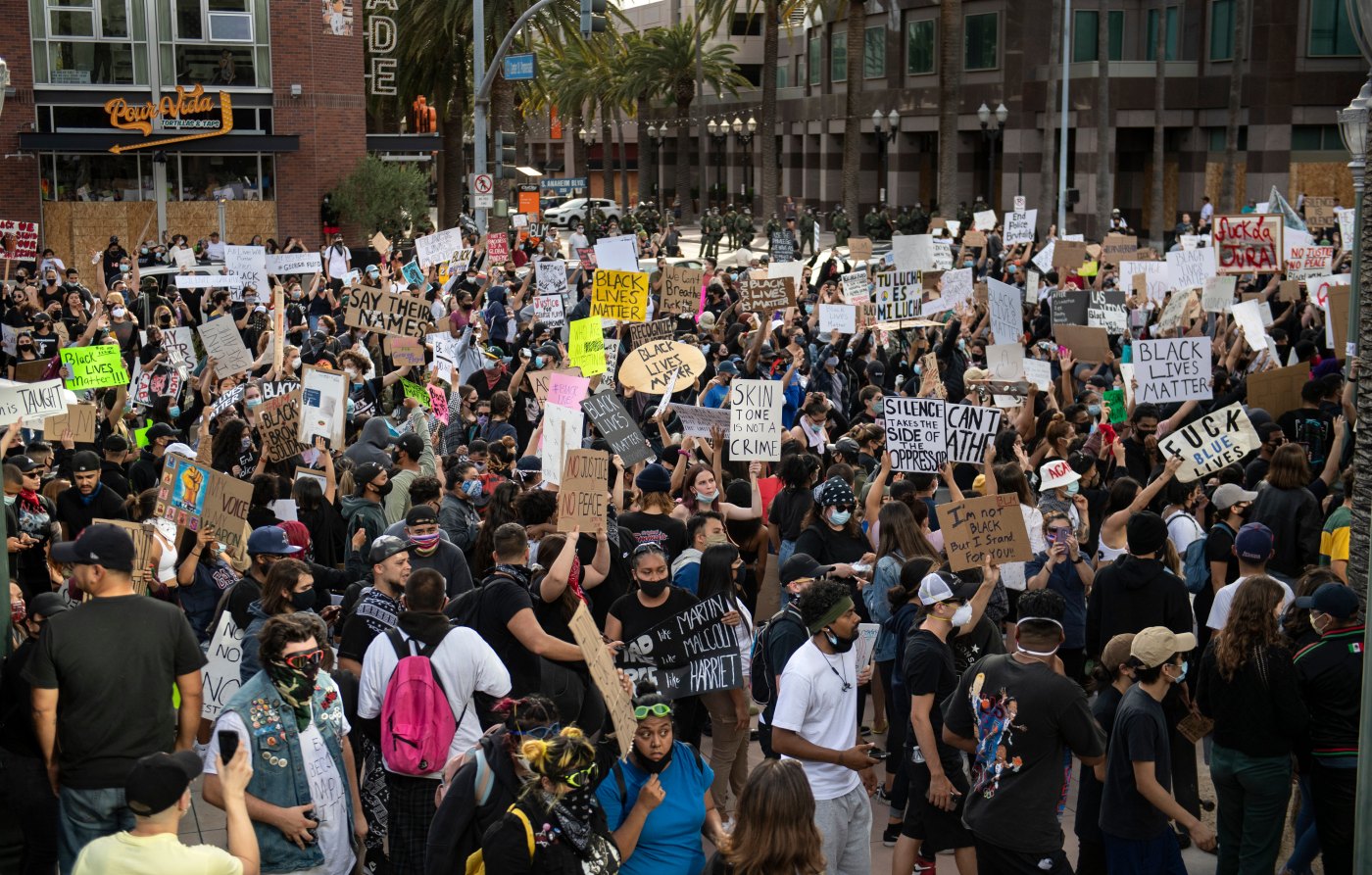 Protests for racial equality, woven between bouts of looting and vandalism by opportunists, continued Monday as Southern California residents started to pick up the pieces from a destructive weekend.

Monday marked the sixth day of nationwide unrest over the death of 46-year-old George Floyd in Minneapolis police custody. Floyd, who was accused of passing a counterfeit $20 bill at a corner convenience store, was killed when fired Officer Derek Chauvin knelt on his neck for almost nine minutes.

Early in the day,.an autopsy carried out by independent experts hired by the man’s family declared Floyd died from “asphyxiation from sustained pressure” caused by the knee on his neck, putting the results at odds with that of the Hennepin County Medical Examiner’s Office, according to CNN.

Cities and counties across Southern California set curfews in some areas as early as 1 p.m. Monday as the National Guard and police departments attempted to avoid the looting and destruction experienced over the weekend.

Indeed, even before nightfall, some looters in Hollywood and Van Nuys were met with LAPD police officers and handcuffs. Police also arrested a man in Upland for allegedly brandishing a firearm during a demonstration, officials said.

President Donald Trump threatened to deploy military to the streets of American cities in response, saying he would send “thousands and thousands” of soldiers if governors did not shut down the protests. Trump called governors “weak” for not arresting people during a video conference call with state leaders, according to the Associated Press.

Los Angeles Police Chief Michel Moore apologized to business owners, saying his officers were overwhelmed by the “forces of those that wish to exact violence in the community.” The department tempered its response initially to avoid intimidating the peaceful protests, he said. Eighty-eight buildings on Melrose Avenue alone were destroyed, according to Moore.

Moore, along with other county law enforcement officials, pledged to scale up their presence with assistance from from the National Guard. Some 2,000 troops will have deployed in the city by Tuesday, June 2, Moore said. The police chiefs urged protesters to work with law enforcement and to call out anyone who uses the protests as an opportunity to loot and vandalize.

“We need that communication, because in the absence of it, we have to overwhelm,” Moore said. “We have to bring in resources that will appear to stifle the message.”