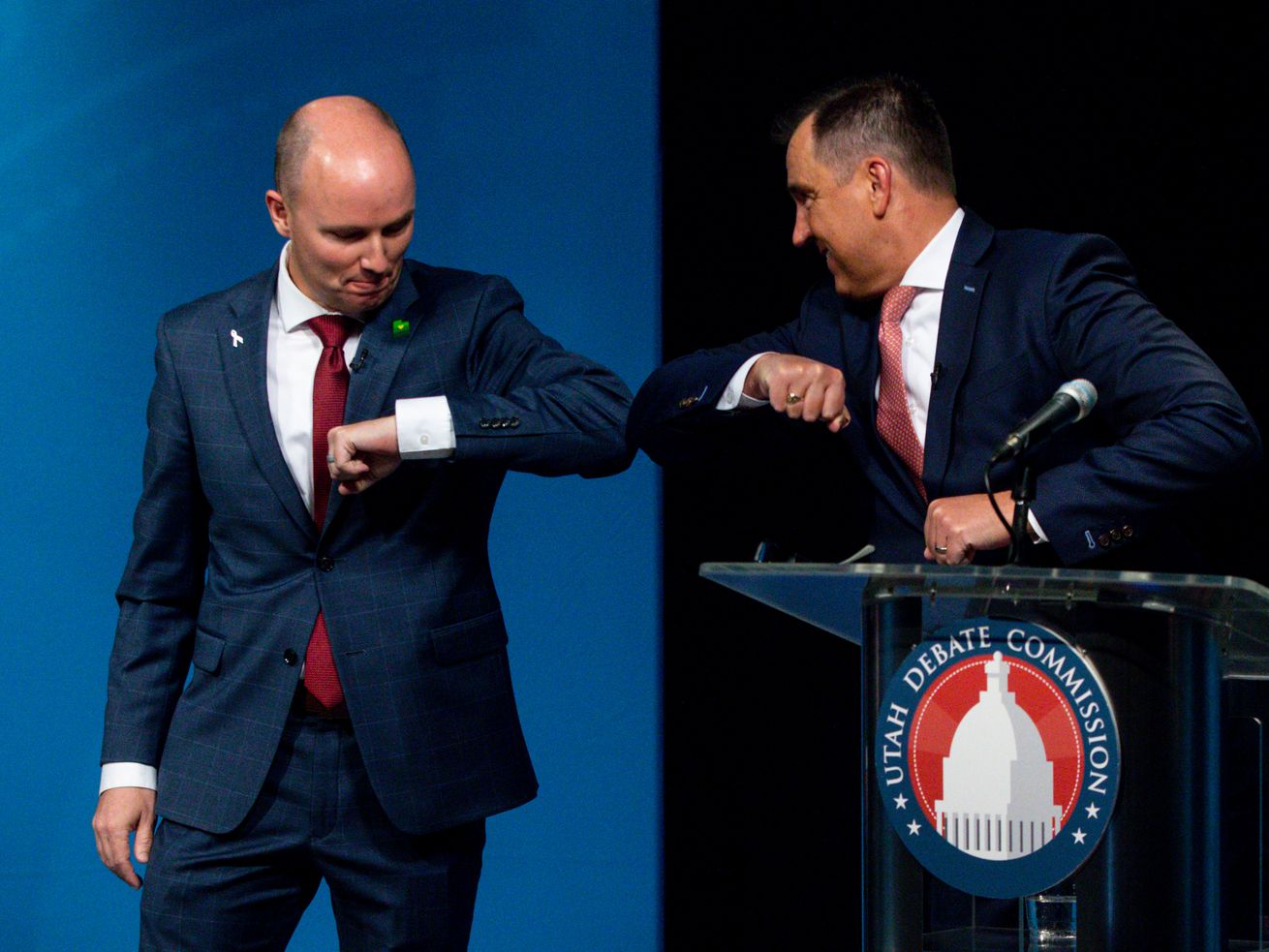 SALT LAKE CITY — Lt. Gov. Spencer Cox has pulled ahead of former Gov. Jon Huntsman Jr. in the latest Deseret News/Hinckley Institute of Politics poll as Republican voters will cast ballots this month in the race for Utah governor.

In new results released Monday, Cox is at 30% and Huntsman 23% among respondents who say they definitely would vote in the June 30 GOP primary election.

Former Utah House Speaker Greg Hughes has surged to 19%, while former Utah Republican Party Chairman Thomas Wright continues to lag behind at 4%, according to the poll.

About a quarter of those surveyed said they weren’t sure who they would choose to be the GOP nominee, though that will change as Utahns start receiving mail-in ballots next week and start to make up their minds.

While the latest results were based on voters who say the would definitely vote in the primary, the race between Huntsman and Cox tightens when those who say they would be very likely vote are added to the mix.

Pollster Scott Rasmussen queried 494 likely primary voters from May 25-31. Of that number, 261 came from list of those who voted in the previous primary election, while the remaining 233 came from general voter lists and a screening process. All of them said they would definitely vote in the GOP primary. The poll has a margin of error of plus or minus 4.4 percentage points.

Rasmussen also added another 149 respondents who said they were very likely to vote in the primary.

“What this tells us is if the electorate for this primary looks a lot like it did the last time around, if it’s essentially the same voters or voters like that, then results are stronger for Cox,” Rasmussen said.

“If you have an expanded electorate, more people get involved either because of the pandemic or any other reason, Huntsman does better in that situation.”

The independent pollster said he’d love to know who’s going to vote, but nobody does. The poll, though, can focus on the different levels of potential turnout. Eighty-seven percent of respondents identified …read more