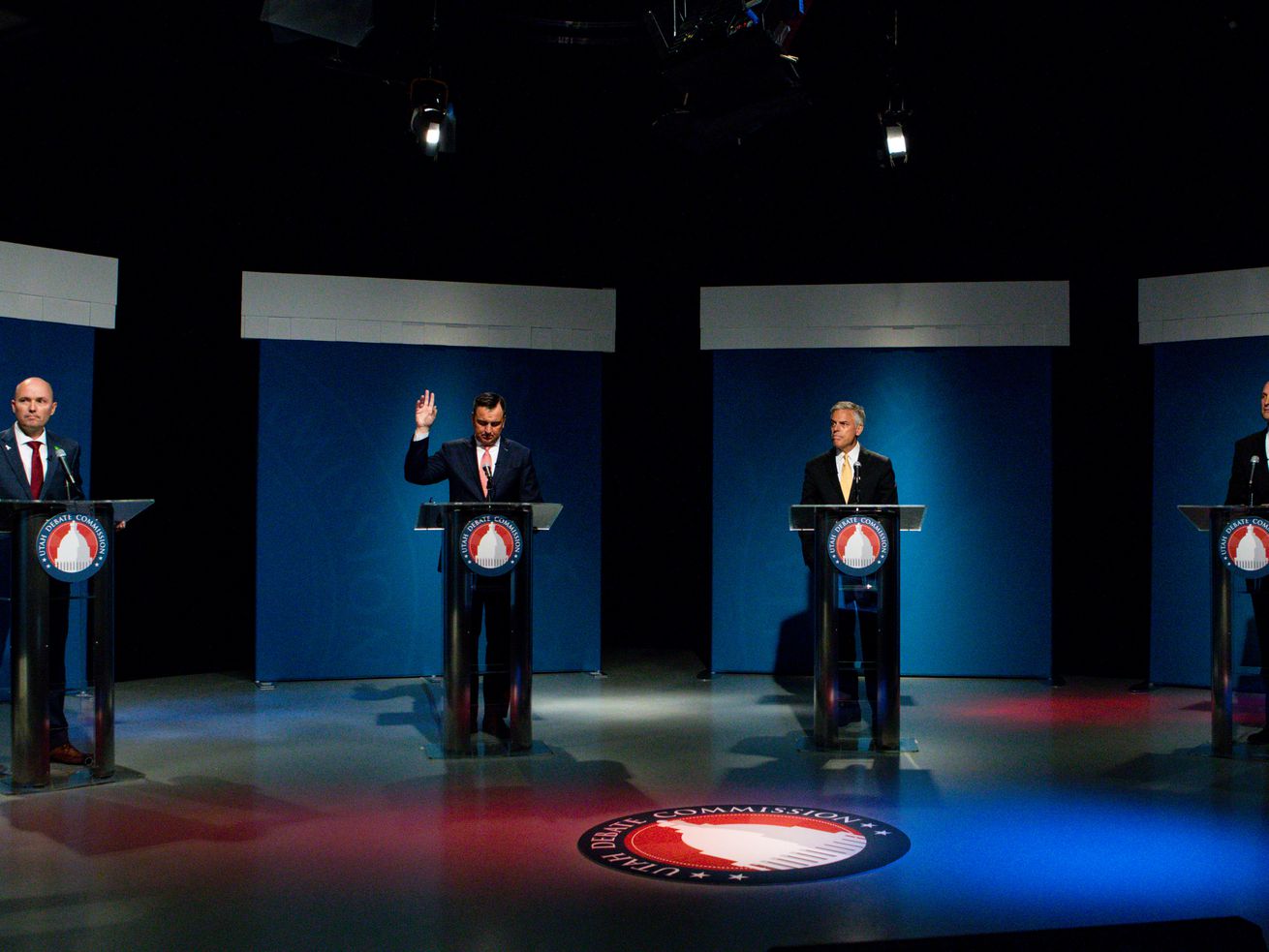 SALT LAKE CITY — What was described as the politicization of the state’s response to the global COVID-19 pandemic fired up the Utah Debate Commission debate Monday among the four Republican candidates for governor competing in this month’s primary election.

Former Gov. Jon Huntsman Jr., former Utah House Speaker Greg Hughes and former Utah GOP Chairman Thomas Wright were all critical of fellow candidate Lt. Gov. Spencer Cox for heading up the state task force on the deadly virus while running for office and for how some $100 million was spent on testing and other contracts.

But Cox shot back, “What has been said is absolutely right in one sense and that is that the politicization of this disease is awful and the only people playing politics with this disease are the people on this stage.”

Utah, he said, is “better off than any other state in the country and the people of Utah know that.”

Huntsman said not only has there “been absolutely no accountability” for the expenditures, “the only people able to campaign and politicize have been those in the governor’s office, using the platform, using it as a bully pulpit. This is absolutely absurd, while we sit under house arrest and try to do our best to run a campaign.”

Wright said Cox’s statement was not fair, coming from a candidate in the race for almost two years as a sitting elected official.

“This is why we see this unrest,” Wright said, referring to the protests over the death of a black man in Minneapolis after a police officer knelt on his neck. “People are frustrated with their government and they don’t trust their elected officials.”

Hughes took issue with a short-lived attempt by the state to track people coming into Utah through an alert on their phones, “communist-style snitch hotlines” in some places, and the closure of churches as well as “single-source, no-bid contracts” given out despite some companies being willing to provide services at no costs.

However, Hughes disagreed with Huntsman’s contention that the way to avoid politicizing the pandemic was to have put a public health official in charge of the state task force. “The buck stops with our public servants,” the former speaker said, noting generals don’t make the final decision to go to war.

Cox suggested the other candidates “get their facts straight,” pointing out that responding was voluntary to the phone alert while crossing state lines. He said that “certainly in hindsight, there are some things that we could have done differently. But by and large, we have had a tremendous response to the coronavirus crisis.”