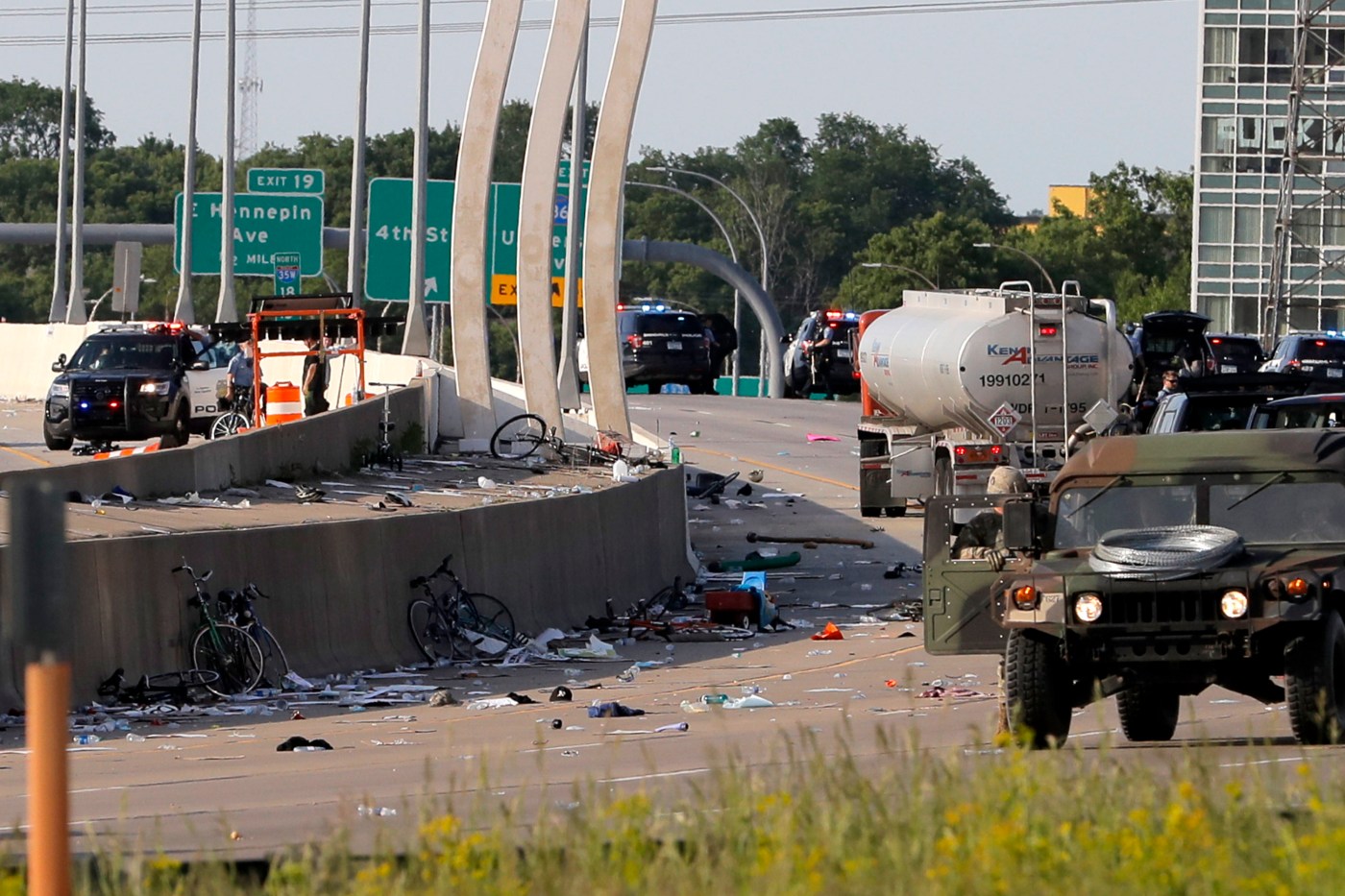 Minnesota Gov. Tim Walz said a truck driver who drove through marchers on a Minneapolis highway on Sunday appeared to do so unintentionally and was “frustrated” at the road closure for the protest over George Floyd’s death.

The trucker, who was dragged from his vehicle and beaten by some protesters, told authorities the vast majority of the marchers tried to protect him from those who wanted to do him harm, Walz said. Aside from the driver, there were no injuries.

The driver, identified by police as Bogdan Vechirko, got ahead of a phased closure of Interstate 35W for the protest and turned onto the highway before it had been blocked, Walz said.

Vechirko went around other cars and braked when he saw the crowds, Walz said, adding that the driver “did something really stupid” and felt lucky he did not kill anyone.

“The preliminary (investigation), with the interviews, the driver was frustrated,” Walz said, adding that he watched the incident live on camera and feared dozens or hundreds would be killed.

After the calmest night in Minneapolis since Floyd was killed in police custody a week ago, Walz said there would be a gradual withdrawal of 7,000 National Guard troops from the city and a shorter, 10 p.m. to 4 a.m., curfew for the next two nights.

Walz said there was a clear divide between lawful protesters who are “rightly pained and angry” at Floyd’s death and those “bent on wanton destruction.”