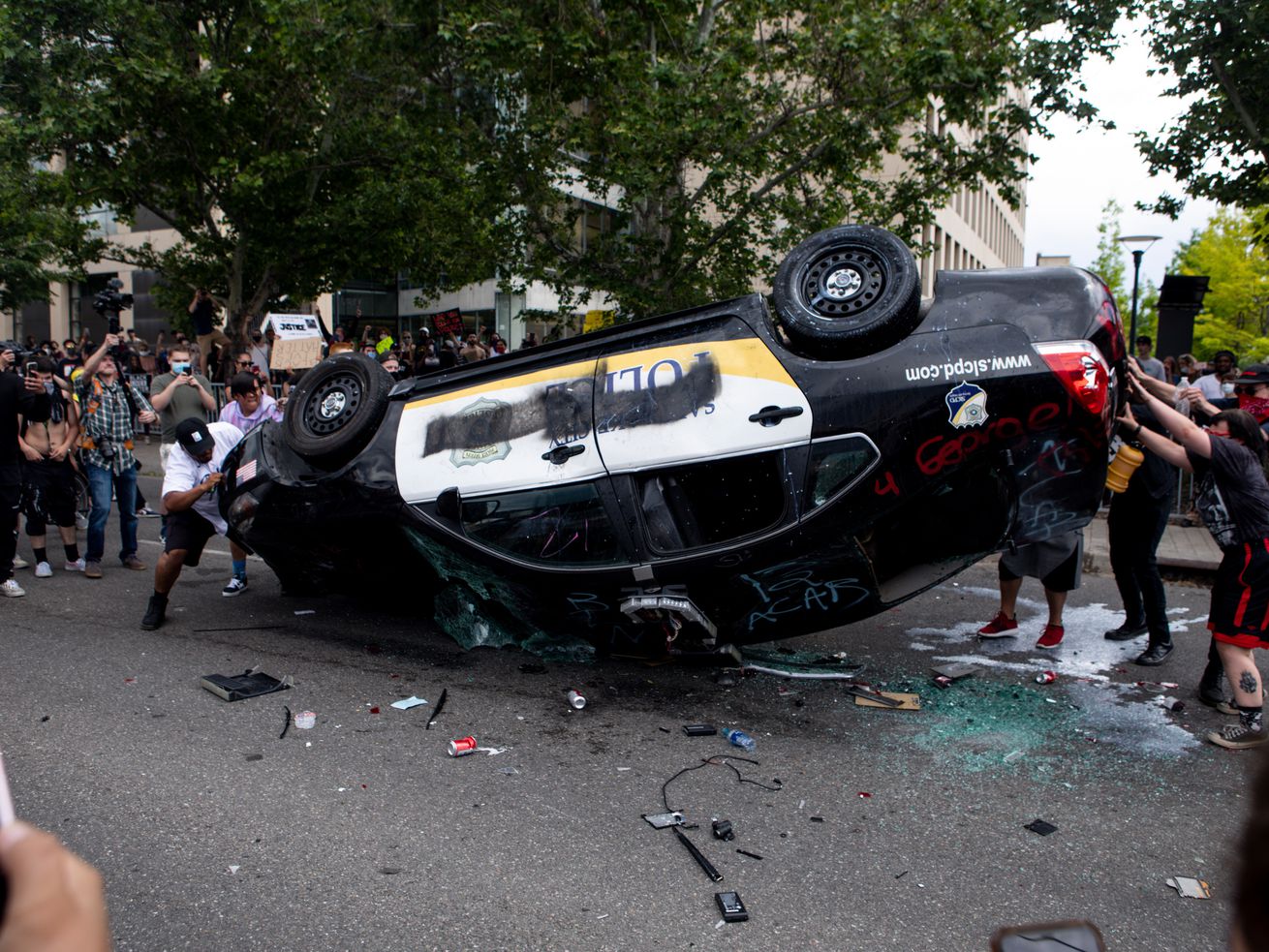 People overturn a police car as they protest police brutality in Salt Lake City on, Saturday, May 30, 2020. Protesters joined others across the nation after George Floyd, a black man in Minnesota, died when a video showed an officer kneeling on his neck while he implored, “I can’t breathe.” | Ivy Ceballo, Deseret News

SALT LAKE CITY — A man who said he helped flip over a Salt Lake police police patrol car on Saturday has turned himself in.

Connor Peebles, 21, was arrested Sunday for investigation of criminal mischief, rioting and assault on a police officer.

During the riot in downtown Salt Lake City, several people were seen pushing an unoccupied Salt Lake police vehicle onto its side. The patrol car was later set on fire.

Salt Lake police released surveillance photos of four men who detectives wanted to question in connection with the incident. On Sunday, Peebles walked up to officers and said he “wanted to turn himself in from the rioting last night. … (He said) he helped flipped an officer’s police car during the riots, broke out two windows of the police car” and threw water bottles at officers, according to a police affidavit.

Anyone with information about others involved in damaging the patrol car or other incidents can call police at 801-799-3000.