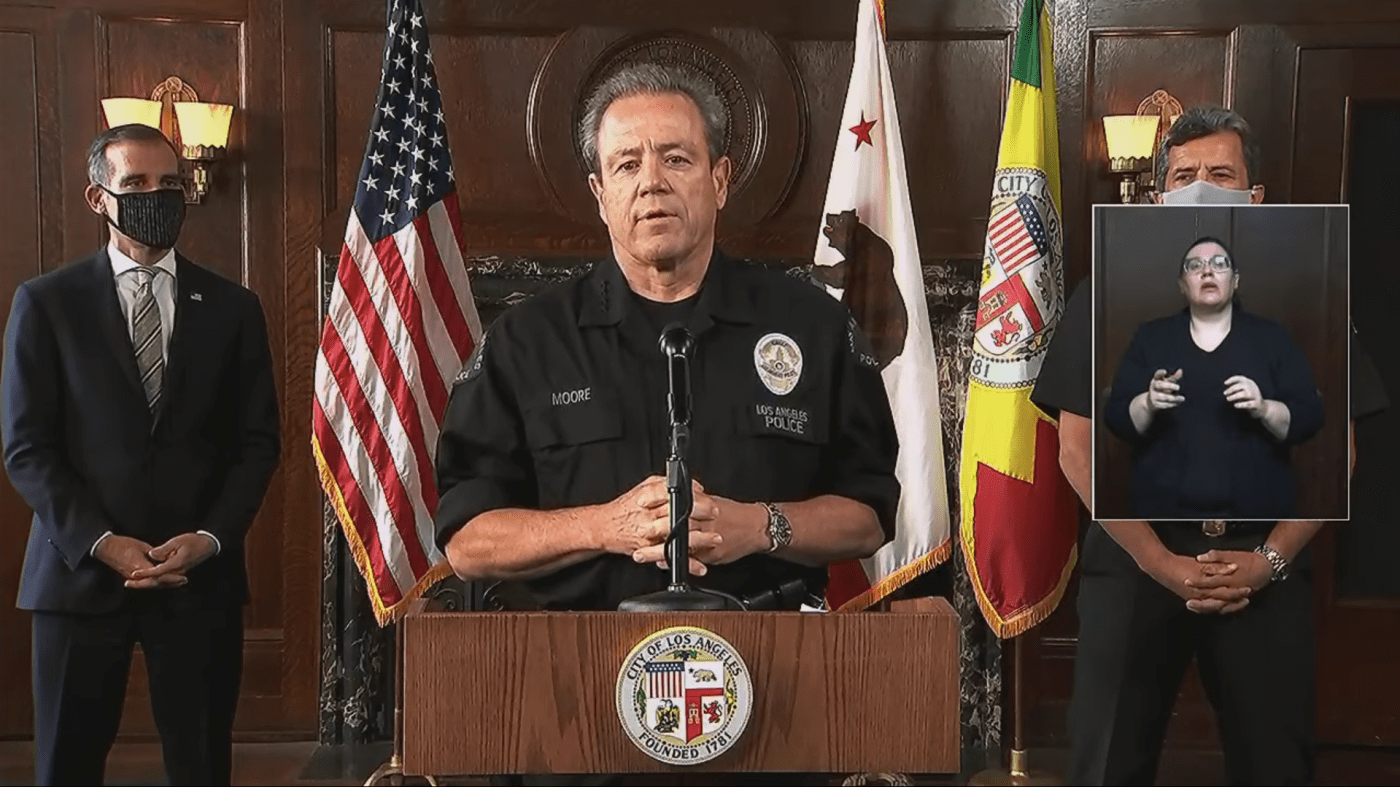 Los Angeles Police Chief Michel Moore said Monday that he “misspoke” when he said protesters and looters in Los Angeles also had the death of George Floyd, a 46-year-old black man who was killed while in Minneapolis police custody “on their hands.”

During a briefing with Mayor Eric Garcetti, Moore said that an evening of protesting had been overtaken by nefarious activity on Sunday. Of the 700 people the police department arrested, 70 of them were involved in burglary or looting of businesses, he said.

“His death is on their hands, as much as it is those officers — and that is a strong statement,” he said.

Even though Moore soon retracted the statements at the same briefing, his words generated stunned reactions from many who were watching the briefing or clips of it, including some who called for his resignation. .

Moore appeared to have made the statements in an attempt to excoriate looters, vandals and others who may have broken laws the previous night, as protesters marched Los Angeles streets to denounce Floyd’s death and police brutality experienced by African Americans.

“But I must say that this civil unrest that we’re in the midst of — we must turn a corner from people … who were involved in violence, people who are involved in preying upon others,” he said.

About 10 minutes after Moore made his remarks, Garcetti brought the police chief back to the lectern, saying “I know the chief wants to clarify one thing that he said, before the next question.”

Moore then said that he “misspoke when I said his (Floyd’s) blood is on” the hands of people other than the four officers who were present, including Minneapolis Police Department officer Derek Chauvin who was shown in video pressing his knee onto Floyd’s neck for nearly nine minutes.

Moore later posted a statement on his Twitter account saying that Floyd’s death was the responsibility only of those four Minneapolis officers. It was followed up by a statement from Garcetti reiterating this and saying the chief “regrets the words he chose this evening and has clarified them.”

Let me be clear—there are 4 police officers and 4 alone responsible for the death of George Floyd.