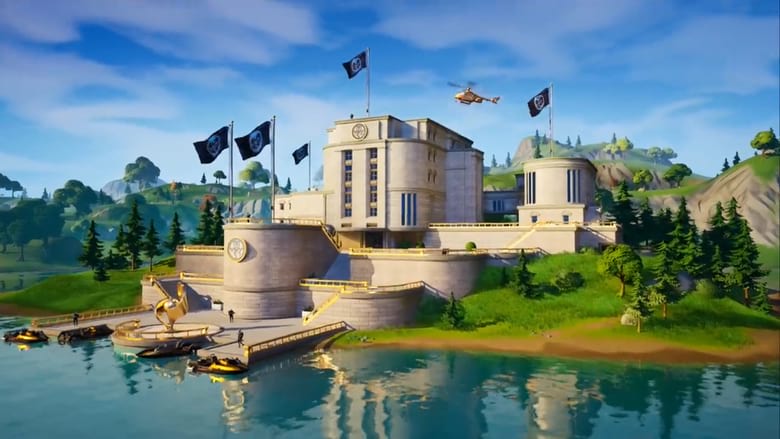 At the start of every season, it seems like it’s going to be a race between Microsoft and Sony to see who can leak the upcoming Fortnite content first.

If it was actually a race, Sony and PlayStation have won this round as they accidentally leaked the Season 3 icon well ahead of the official start of the new season.

Before it was delayed, we were actually on the cusp on Season 3, which is likely why we saw this image get released in the first place.

At first glance, it looks like this new image confirms the flooded maps theory as it looks like it shows the Battle Bus flying away from a giant lake that’s complete with a little island and three trees that look at a bit like Bikini Bottom from Spongebob.

they didn’t reschedule it after the delay i guess

It’s hard to ignore what we see in the image here as it looks water will play a massive role in the season-ending Doomsday Event.

Judging by the leaks we’ve already received, it looks like there might be some sort of follow-up event before the start of the new season that will actually flood things.

In the aftermath of the Doomsday, we see that various buildings around the map have been destroyed, but nothing has indicated the influx of water.

At this point, it’s increasingly likely that the next season will feature one water in one way or another.

Various leaks have already pointed this out, but this seems like our first concrete hint about it.

What is still unclear is how the water will disappear, or if it even will. Epic Games tested out an underwater swimming mechanic during the Travis Scott event, but that could easily be used in the upcoming season.

If the whole season takes place underwater, they might have to put that mechanic to work. Epic has always pushed the envelope when it comes to Fortnite, and if they actually force us underwater in Season 3, that would be the craziest thing we’ve seen yet, and that’s saying a lot.

READ NEXT: Fortnite Hand Cannon Gets Update Ahead of Season 3