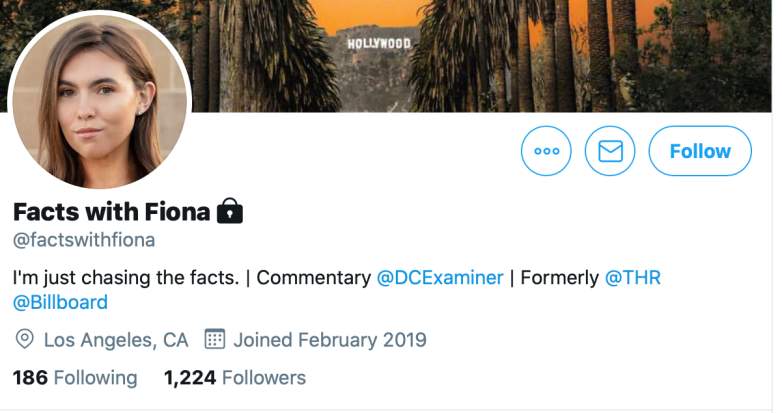 A video showing a woman in Santa Monica, California stopping to help a construction worker fix a building destroyed by looters amid the protests for George Floyd went viral for all the wrong reasons on Monday. The woman’s identity was confirmed by New York Times’ journalist Taylor Lorenz to be Fiona Moriarty-McLaughlin, and for the millions of viewers who watched the clip, it was clear that she was not assisting anyone to rebuild anything.

After posing with the construction worker, she hands him pack his power tool and says, “Thank you so much,” before walking away. Referring to the young man standing on the sidewalk dutifully taking her photo, “Boyfriends of Instagram!” she says.

As Fiona and her boyfriend hop into a Black Mercedes-Benz to leave, as it’s parked in a red zone, she yells, “Good job, you guys! BLM!”

this is what some of y’alls activism looks like pic.twitter.com/z14HmcGFOa

Because of her sunglasses and handkerchief being worn as a mask, the video of Fiona’s fake photo-op went viral without her identity being known. The video was first shared on Instagram by a popular account called @the_real_los_angeles. However, once the video was shared on Twitter, online detectives quickly figured out her identity.

Director Ava DuVernay tweeted out the video by saying, “You know what? I’m… I think I’m gonna put Twitter away for a few minutes before I throw this phone across the room.”

Pink tweeted, “What is wrong with these entitled a**holes?! Who the f*** are you and who are your parents you horrible person. How can anyone defend this???!!!”

After the video went viral, Fiona turned all of her social media handles private. However, being a journalist, all her previous articles and video interviews remained live. Her Twitter bio line, which remained visible, reads: “I’m just chasing the facts.”

While reporting for Campus Reform in 2019, Fiona Moriarty-Mclaughlin joined The Joe Pags Show to discuss a new ‘Social Credit Score.’ Pags started out the interview with a list of compliments for the young journalist. He said, “You young reporters put the legacy media to shame each and every day… I got to your website every day, Campusreform.org, from sea to shining sea, every day, the articles are amazing and factual and you can back them up with factual information.”

“I saw someone pretending to be an anchor or a reporter says ‘apparently,’ this that and the other,’ well, ‘apparently’ isn’t a word used in journalism.” Pags continued. “It’s sort of your opinion of what you think you saw. And that’s not what you guys do. You lay it out in fact and I appreciate you for that.”

“Thank you,” Fiona says. “Yeah, we’re always chasing the facts. Out here on the west coast, the UC system rampant with all the …read more