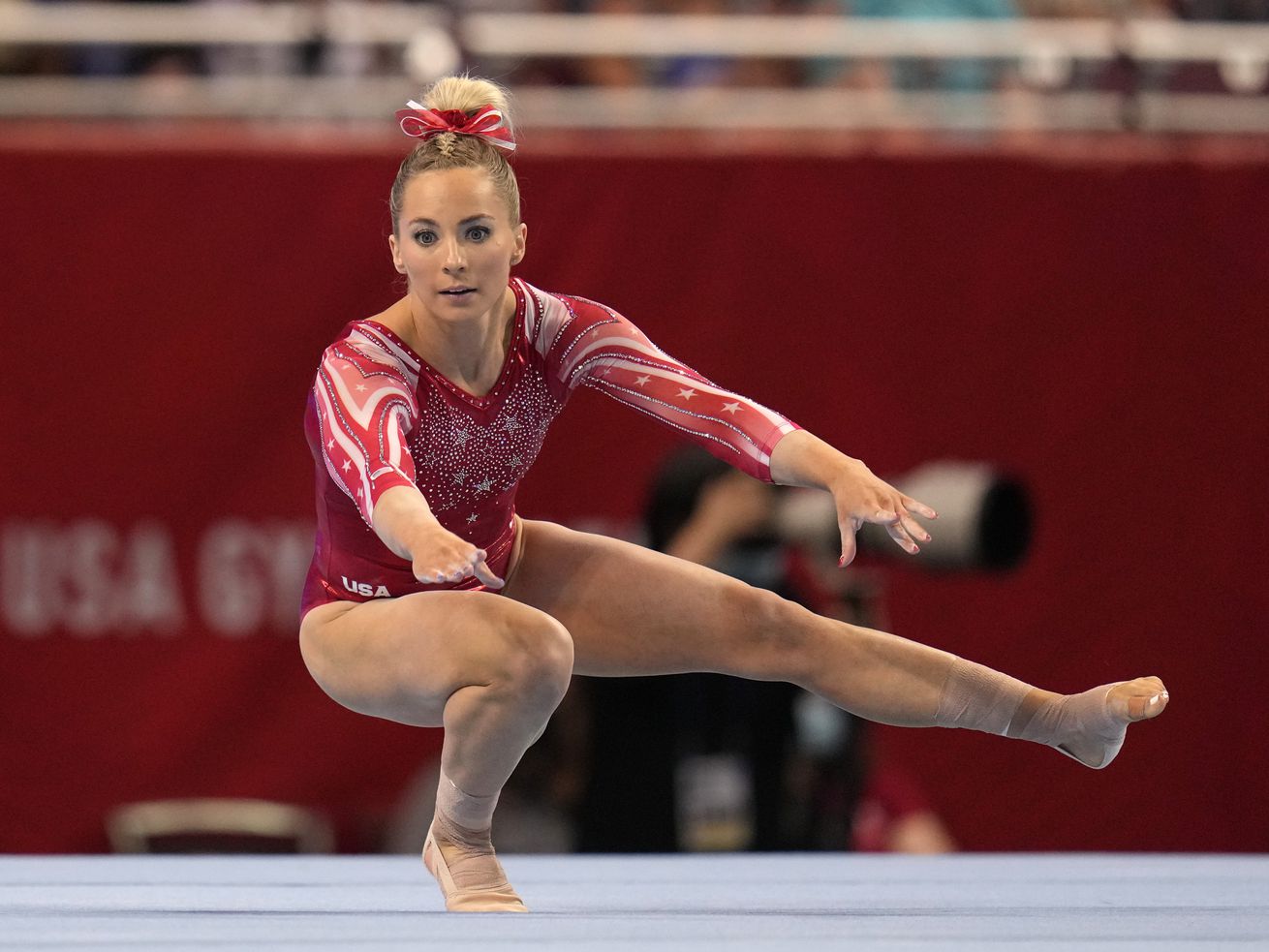 How she made the Olympic team
Skinner finished in fifth place at the U.S. Olympic Trials, behind Simone Biles, Sunisa Lee, Jordan Chiles and Grace McCallum. She was selected as the second of two individual American competitors, along with fellow Arizonan Jade Carey.

“MyKayla Skinner was the athlete with the greatest medal potential based on her vault performances scoring 15.000 or higher consistently, coupled with her fifth place all-around ranking in the final results from Olympic Trials. In addition, MyKayla’s international competitiveness and experience, along with her high vault D-scores, compared to the top competitors from other countries, helped the committee determine that she would be selected to the individual +1 NOC quota place to Tokyo.” — USA gymnastics

How did MyKayla Skinner and Grace McCallum do in Olympic qualification?

After the Olympics
Skinner announced on July 9 that she was going pro and retiring from NCAA gymnastics competition, and will be part of the Gold Over America Tour. Presented by Athleta, the tour will include many of the country’s preeminent gymnasts, including Simone Biles, Jordan Chiles, Laurie Hernandez, Katelyn Ohashi, among others.

Welcome to the team @mykaylaskinner Can’t wait to see your gold on tour this fall. https://t.co/JrenJ9jI3f

Promoted as a “celebration of powerful female athletes who, together, are a united force proudly representing the sport of women’s gymnastics and inspiring the next generation of female athletes,” the tour will visit 35 cities across the United States, including Tucson and Glendale in Skinner’s home state of Arizona.

“I will miss being a part of Utah Gymnastics and competing in the Huntsman Center, but there are things I want to do professionally and places my gymnastics can take me that won’t work as a college athlete, even with the recent rule change… As one door closes, another opens, and I’m excited for what’s ahead.”— MyKayla Skinner

High school football: San Juan’s returning experience could give it a slight edge over Beaver in 2A South region