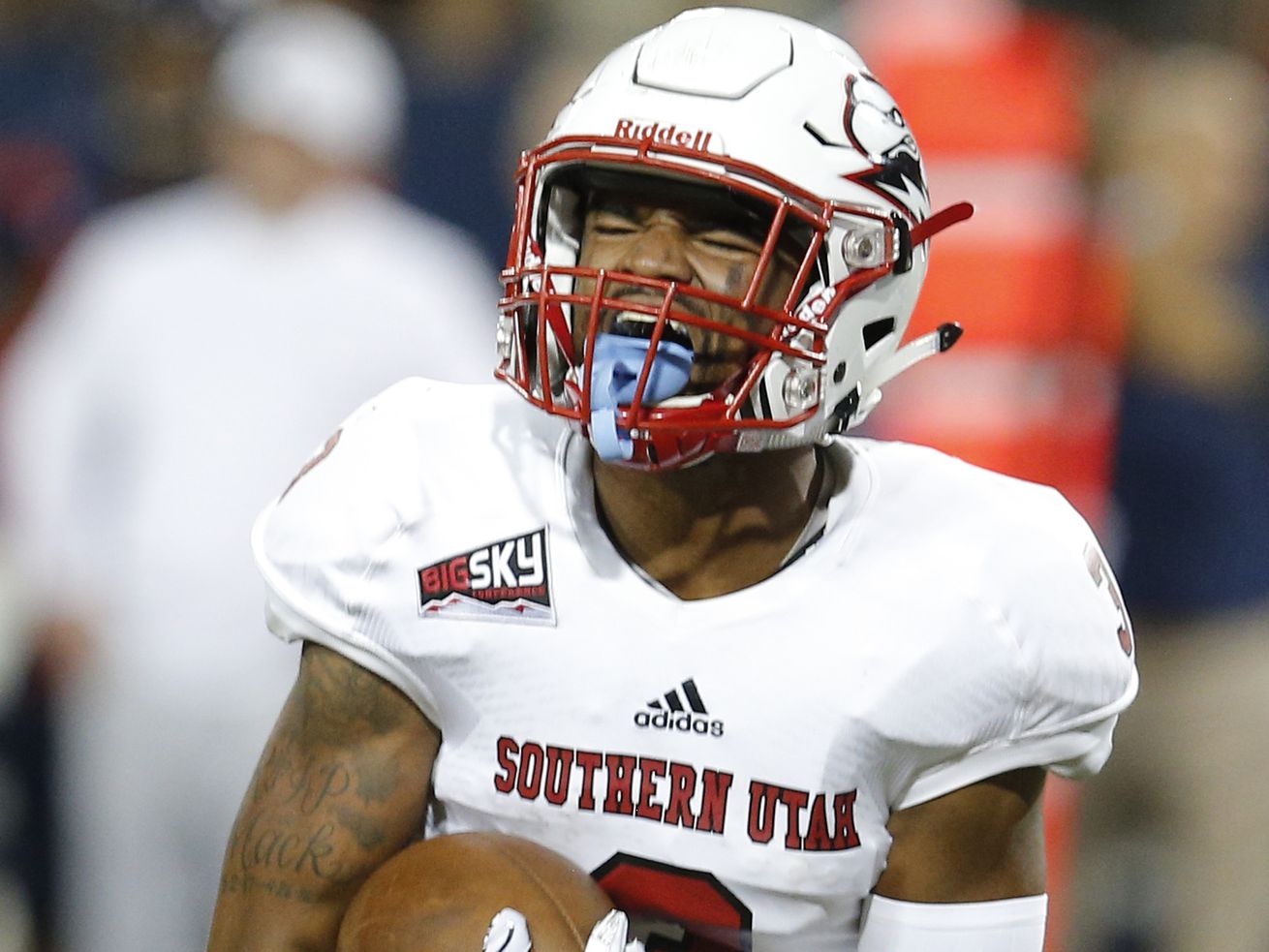 Southern Utah running back Terrance Beasley (3) reacts after getting a first down in the second half during an NCAA college football game against Arizona, Saturday, Sept. 15, 2018, in Tucson, Ariz. | Rick Scuteri, Associated Press

Southern Utah is headed to a new conference next year, as the Western Athletic Conference announced five universities, including the T-Birds, will be joining the league effective July 1, 2022.

SUU has been a part of the Big Sky Conference since 2012.

“Southern Utah University is honored to join the WAC and help lead the resurgence of this great conference,” SUU president Scott L Wyatt said in a statement. “We join a group of universities that is growing in enrollment and a conference that is poised for the future. Being a member of the WAC also creates new athletic rivalries that our alumni and fans are excited about. This is a win-win opportunity for SUU and we look forward to the future.”

The T-Birds will join two other Utah universities — Utah Valley and Dixie State — in the WAC, which will now include 13 teams and be split into two divisions.

The WAC schools who will compete in football include the five incoming universities, along with Dixie State and Tarleton State, and the conference said it anticipates adding at one one more football-playing institution. A timetable is not set at this time.

“I cannot overstate my level of excitement in making this expansion announcement,” WAC commissioner Jeff Hurd said in a statement. “The opportunity to bring five quality institutions into the conference, to significantly strengthen the WAC’s national basketball brand and other championship sport profiles, and to bring football back under the WAC umbrella is one that made sense.”

Hurd also added some surprise news, saying that as of Tuesday, the WAC learned that the exit of the four Texas schools from the Southland will be expedited, and it’s expected they will join the WAC in 2021-22.

What might the Baltimore Ravens be planning for former Utah quarterback Tyler Huntley?

Tony Ingle’s legacy was golden all the way