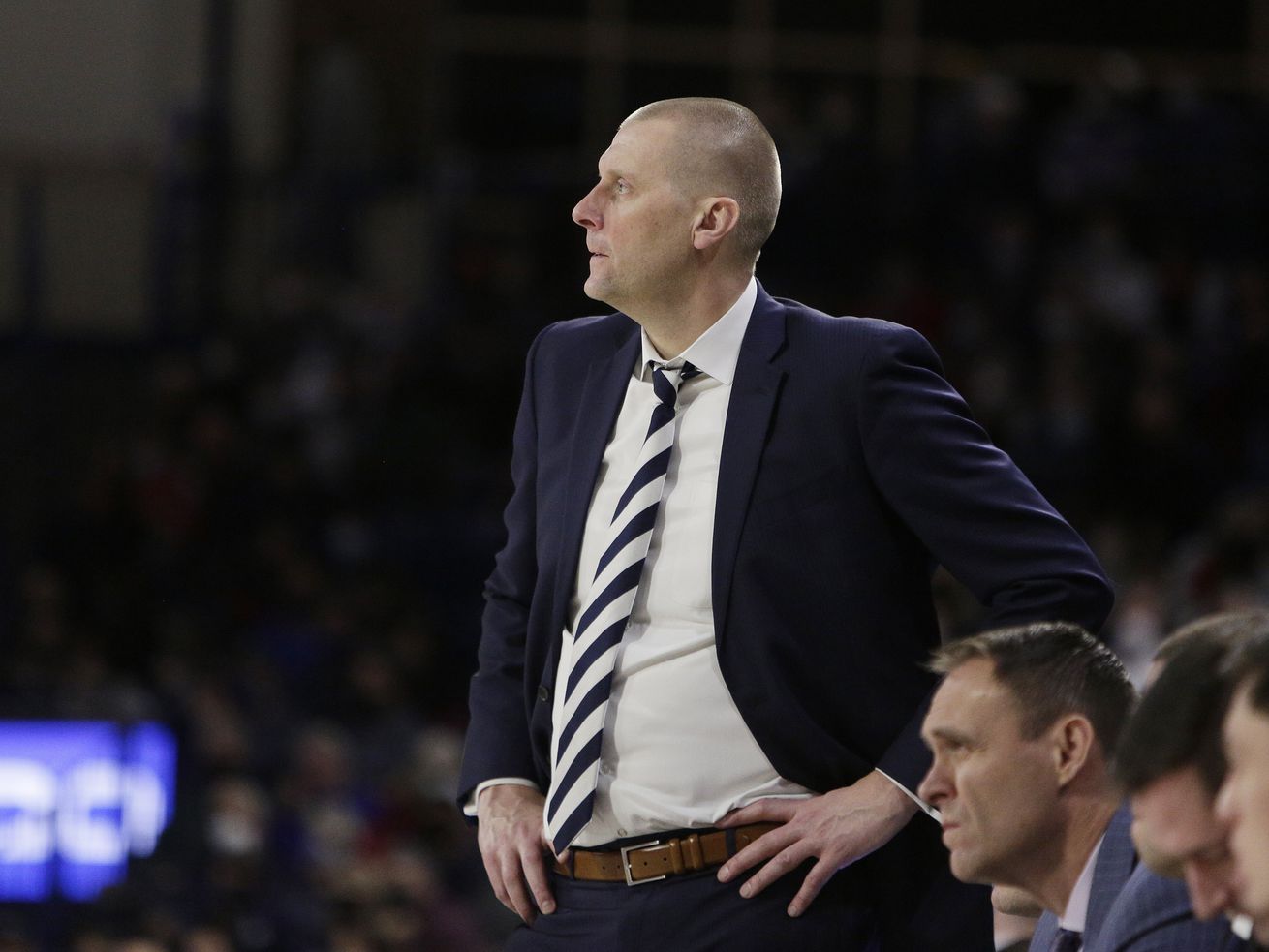 BYU coach Mark Pope watches the second half of game against Gonzaga, Thursday, Jan. 13, 2022, in Spokane, Wash. Next up for the Cougars is another tough game, this time at San Francisco on Saturday. | Young Kwak, Associated Press

No. 2 Gonzaga provided BYU a preview of what life will be like in Big 12 play on a nightly basis

Mark Pope got a peek at what Big 12 basketball would be like while barking at No. 2 Gonzaga Thursday night in the Kennel in Spokane.

As good as Gonzaga looked in beating the Cougars by 26 points in a near-flawless performance, Mark Few’s talented team is still ranked behind No. 1 defending national champion Baylor, the leader of BYU’s future home league in the Big 12.

As sophomore Caleb Lohner put it: BYU’s team got their derrieres kicked.

Well, he sort of said it that way.

The thing is, Pope’s team has played a tough schedule this year in an attempt to build a paper case for the NCAA’s NET rankings, Ken Pomeroy ratings, and other metrics used for entry in the NCAA Tournament in March. And that is working.

Tonight @ZagMBB had a player:

They’re the only Division I team in the last 25 years to accomplish all of those individual feats in one game.

The loss to Gonzaga on the road — even by 26 — doesn’t take the shine off all that work. But it does provide a wake-up call.

How BYU survived a physical, emotional game against San Diego

The Cougars are going to have to get better. The Big 12 has teams that play big, fast and similar to the Zags. You could have a .500 league record in the Big 12 and make the Big Dance. Baylor is 15-1, Texas Tech and Texas are 13-3, and Kansas and West Virginia are 13-2.

It will have to come with better individual performances, some continued recruiting wins, increased size, speed, length, defensive prowess and maturity of freshman Fousseyni Traore and Atiki Ally Atiki.

Against the Zags, BYU’s defense wilted. But you have to credit Few’s team execution, skill and acumen — it was impressive to the tune of the best field goal percentage (69 %) of any college team this season.

BYU helped that to a large extent by failing to defend the rim, turning the ball over 14 times that resulted in 28 Zag points, and yielding 25 fast-break points, a point of emphasis by Pope’s staff going into the game.

But in the wake of the big loss on the road, there were positive things to build on.

BYU has struggled at times to score from beyond the arc this season. …read more

The performers admit they're honored to be the first K-pop group nominated at the GRAMMYs and send a special message to their Army fandom. Watch!
Utah, BYU make a case that ‘fun’ football equates to wins
SHARES
ShareTweet

‘We gave ourselves every opportunity to win’: How beleaguered Runnin’ Utes almost upset No. 9 UCLA

How BYU survived a physical, emotional game against San Diego