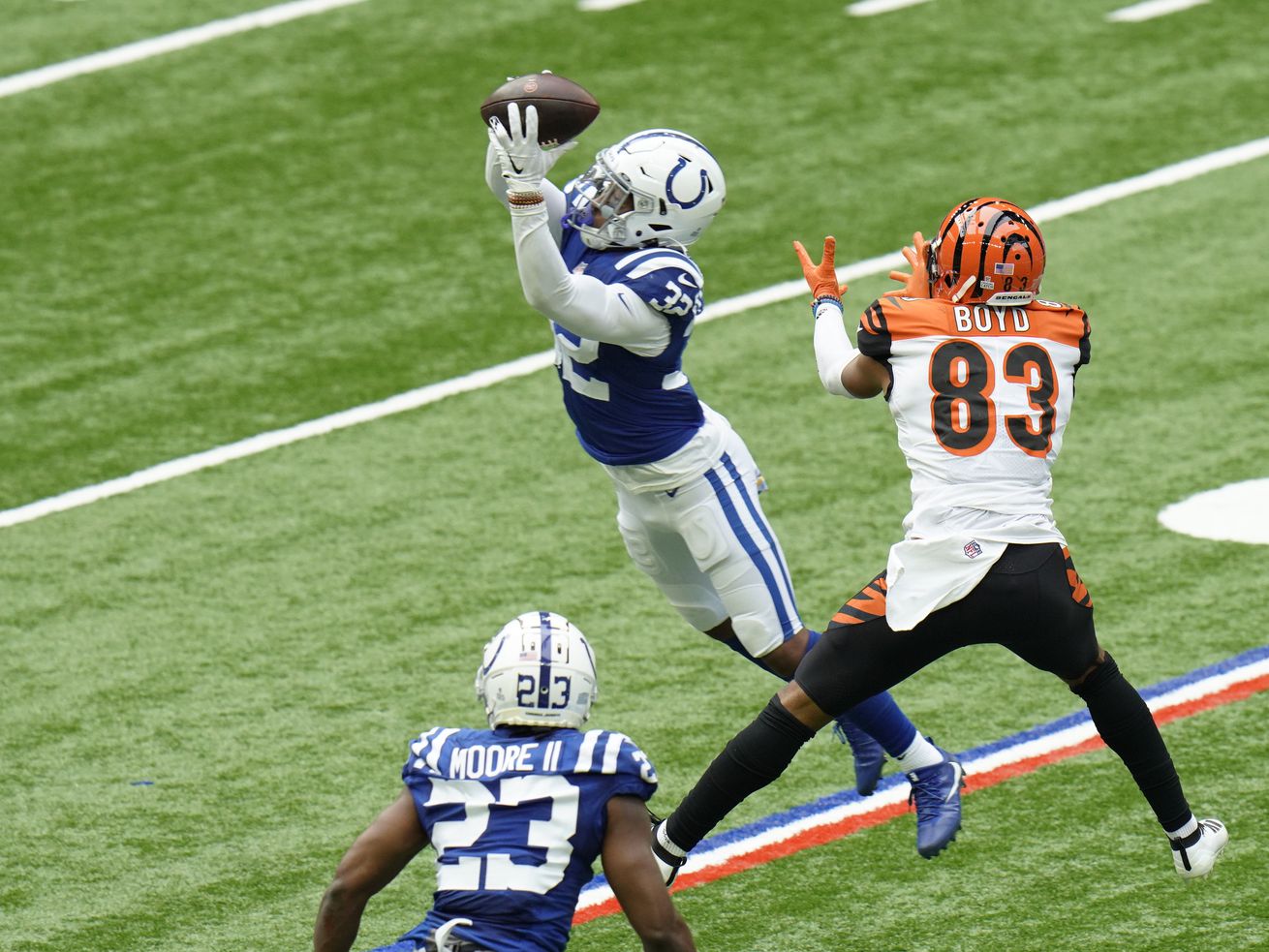 Julian Blackmon has been a gem in the Indianapolis Colts secondary during the first month-plus of his NFL career.

He showed off that playmaking ability again Sunday, as the rookie out of Utah intercepted a Joe Burrow pass in the final minute, clinching a 31-27 victory for the Colts after Indianapolis fell behind 24-7.

With the Bengals facing a third-and-5 at the Indianapolis 35 and 46 seconds left in the game, Burrow dropped back and fired a quick pass up the middle. Blackmon, though, made a perfect jump on the ball thrown by this year’s top draft pick and snagged the interception to wrap up the Colts’ comeback.

Blackmon, who starred in Kyle Whittingham’s secondary at Utah the past four years and prepped at Layton High, also had a pair of solo tackles and a pass deflection in the game. It’s his second career interception after getting one two weeks ago in a win over Chicago.