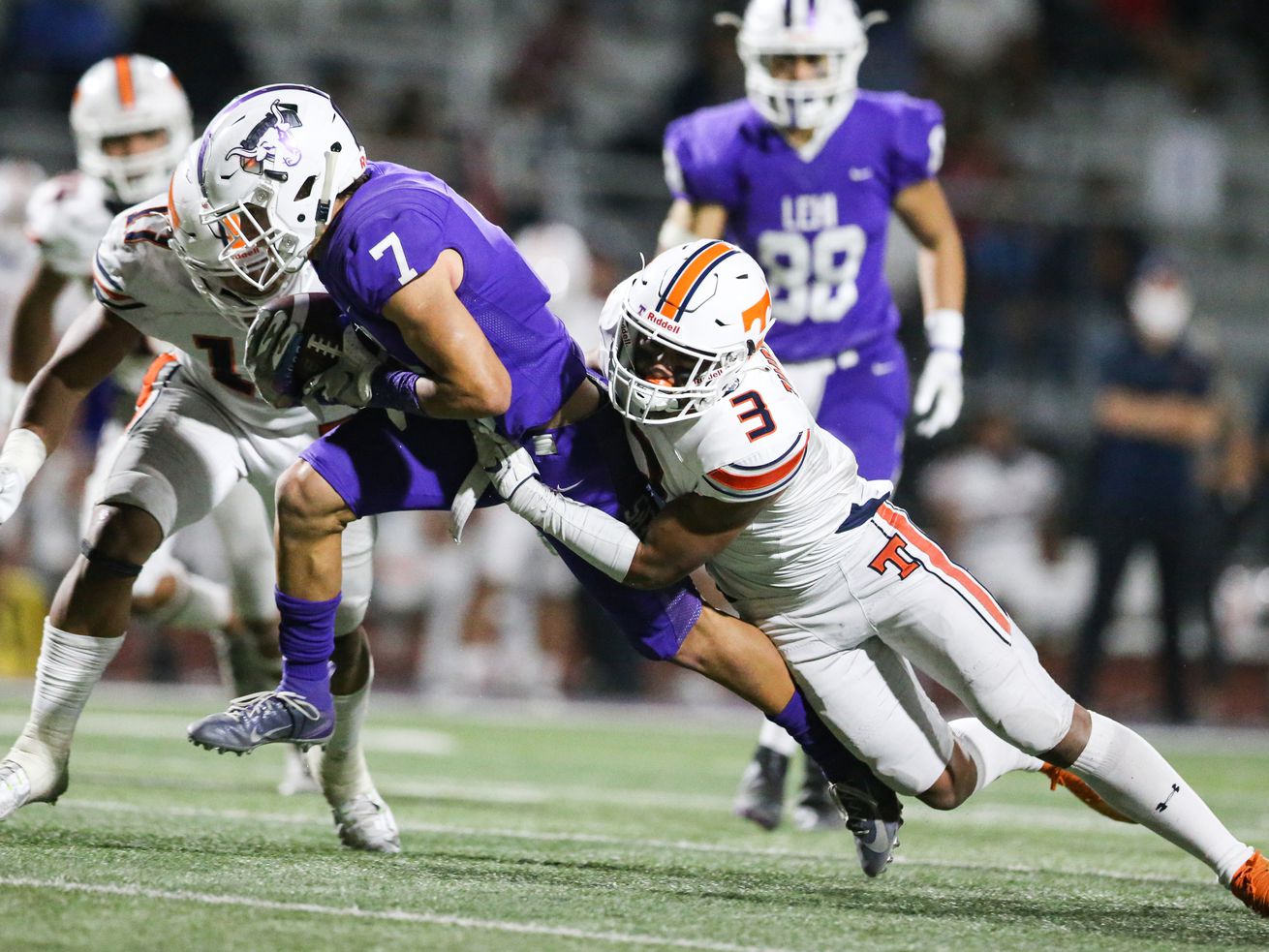 Lehi’s Grady Gonzalez (7) carries the ball for a first down against Timpview’s Raider Damuni (3) during a high school football game at Lehi High School in Lehi on Friday, Sept. 25, 2020. | Yukai Peng, Deseret News

In the modern world of college football recruiting, there is no such thing as an offseason. Recruiting is the lifeblood of every program, and there is a near-constant need to look to and prepare for the future.

(All commitments at this point are verbal and nonbinding.)

One of the top players overall in the state of Utah, Damuni has been committed to the Cougars for a whopping four years, having pledged all the way back when he was in eighth grade. That said, he’s gotten significant attention from Power Five schools. Will the fact that his father, Jack Damuni, is a significant member of the BYU staff and one of head coach Kalani Sitake’s best friends ultimately help the Cougars keep a high-quality prospect?

Jovesa Damuni, who is Raider Damuni’s cousin, may not be as highly touted of a prospect, but he also holds a scholarship offer from Utah State, according to 247 Sports, and he’s had a very good senior season for Ridgeline on both sides of the ball as a receiver and a cornerback.

“Jovesa has been a great player for us on both sides of the ball this year. He does a lot for us offensively and has allowed us to open up our offense much more than we could’ve ever expected. He has great hands and can run every route, long or short. He’s been able to put up good numbers even though most defenses have game planned specifically for him.

“On defense, he’s been spectacular. There are some games you don’t even notice he’s out there because he hasn’t been thrown on. I sometimes have to remind him that’s a good thing even though it might seem like he’s not contributing. I believe Jovesa will have a great college career regardless of what side of the ball he plays on. He’s an unreal athlete and even a better teammate.”

In a huge recruiting win for the Cougars, Fano chose them over Power 5 schools Utah, Washington and Oklahoma. Fano had committed to BYU early in his prep career but backed off that pledge for a time after he started getting national attention. In the end, though, the Cougars landed a player who tallied 70 tackles, 12 sacks and an interception as a senior at Timpview.

The latest in …read more

BYU-Coastal Carolina took center stage on ‘College GameDay.’ Who did they pick to win?