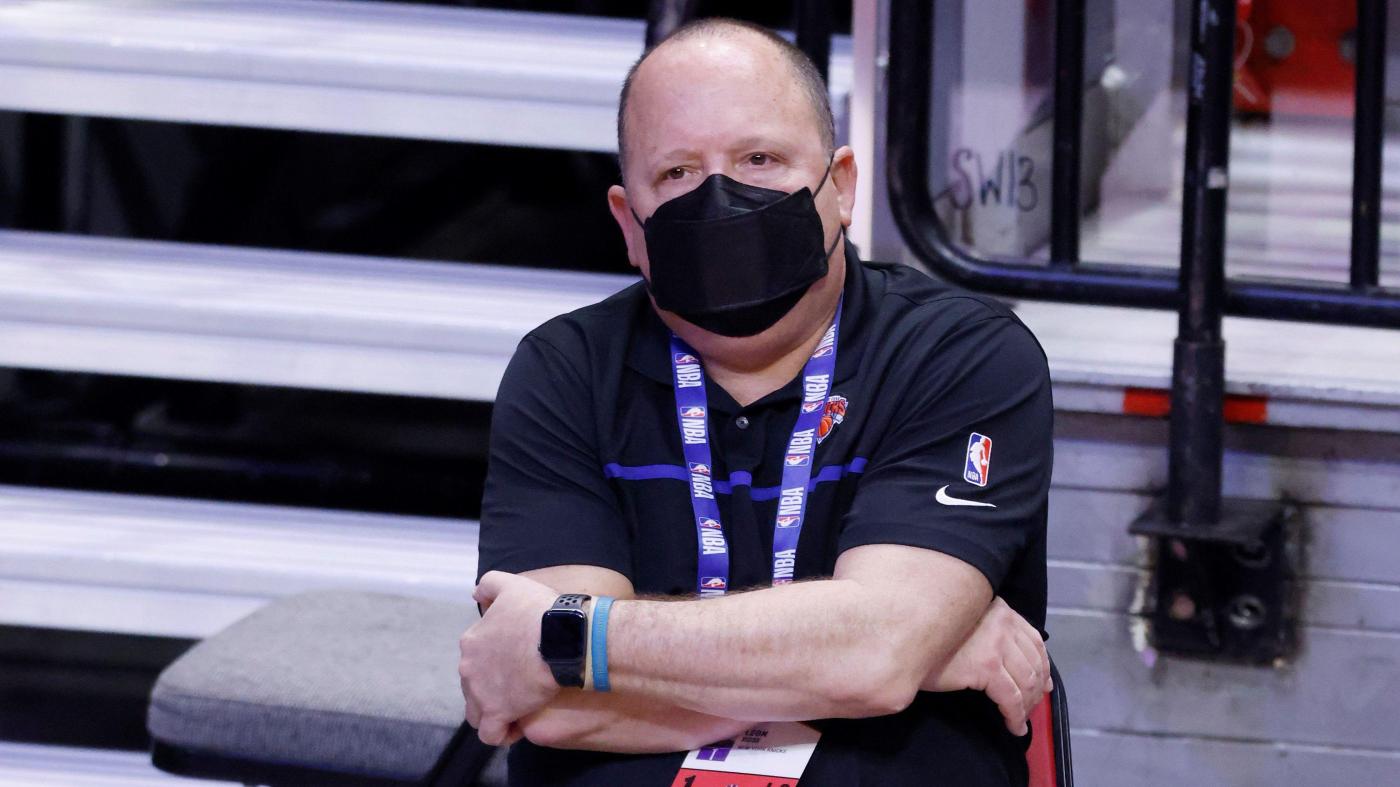 Leon Rose emerged from hiding to tell the Knicks’ in-house network that he’s “thrilled” with his roster after missing the playoffs and missing out on Donovan Mitchell.

“We went through that process (of trying to trade for Donovan Mitchell) and at the end of the day we made a decision to stay put,” Rose said on MSG Network, which is owned by James Dolan. “And we’re thrilled with where we are. Taking a look at the summer, we feel great about what transpired.”

Rose, the former agent turned Knicks president, touted his offseason spending on RJ Barrett, Mitchell Robinson and Jalen Brunson. The Barrett signing of four years, $107 million – which gave the 23-year-old forward the highest average salary in franchise history — was delayed until September as Rose dangled him in trade talks with the Jazz for Mitchell.

Ultimately, the Jazz traded Mitchell to the Cavs. According to sources, a big hang up in negotiations was over protected draft picks. The Jazz wanted more from the Knicks. Barrett, a Toronto native, sat out Team Canada games this summer while awaiting his contract extension.

He became the first Knick first-round draft pick to re-sign off his rookie deal since Charlie Ward in 1999.

“One of our main goals has been to create internal stability. Signed RJ Barrett. First extension of a player since Charlie Ward,” Rose said. “We retained Mitchell Robinson (for four years, $60 million). He’s a player who has developed the last few years and we feel very fortunate that we were able to keep him. We got the No. 1 point guard in free agency this summer in Jalen Brunson (for four years, $104 million). So we feel really good about the summer.”

Despite his bullish attitude about the summer, Rose coveted Mitchell and pushed hard for the All-Star. Mitchell thought he was headed to New York and hinted there’s more to the story. Some members of the Knicks thought they offered a better package than the Cavs and were skeptical they were given a fair chance to land Mitchell.

“Very close. I won’t say more than that,” Mitchell told ESPN. “I know a little bit more than most. But very close.”

”It was the best offer,” Zanik said. “I think for (the Cavs) it was an opportunity to add to their team to open up a window with Donovan. To get a good return you’ve got to give up something good as well. They certainly gave up a lot.”

Rose again referenced his 11 first-round picks over the next seven years, which were maintained by not trading for Mitchell.

“By not making a move, we are flush with draft capital which you know is great currency in the market,” Rose said. “And something that will help us get better as we move forward.”

By only speaking to the team’s in-house network, Rose continued the team’s boycott of outside media. It’s a policy dictated by Dolan and only broken up by league-mandated availabilities. Rose is never mandated to …read more

The performers admit they're honored to be the first K-pop group nominated at the GRAMMYs and send a special message to their Army fandom. Watch!
Vote now: Bay Area News Group girls athlete of the week
SHARES
ShareTweet