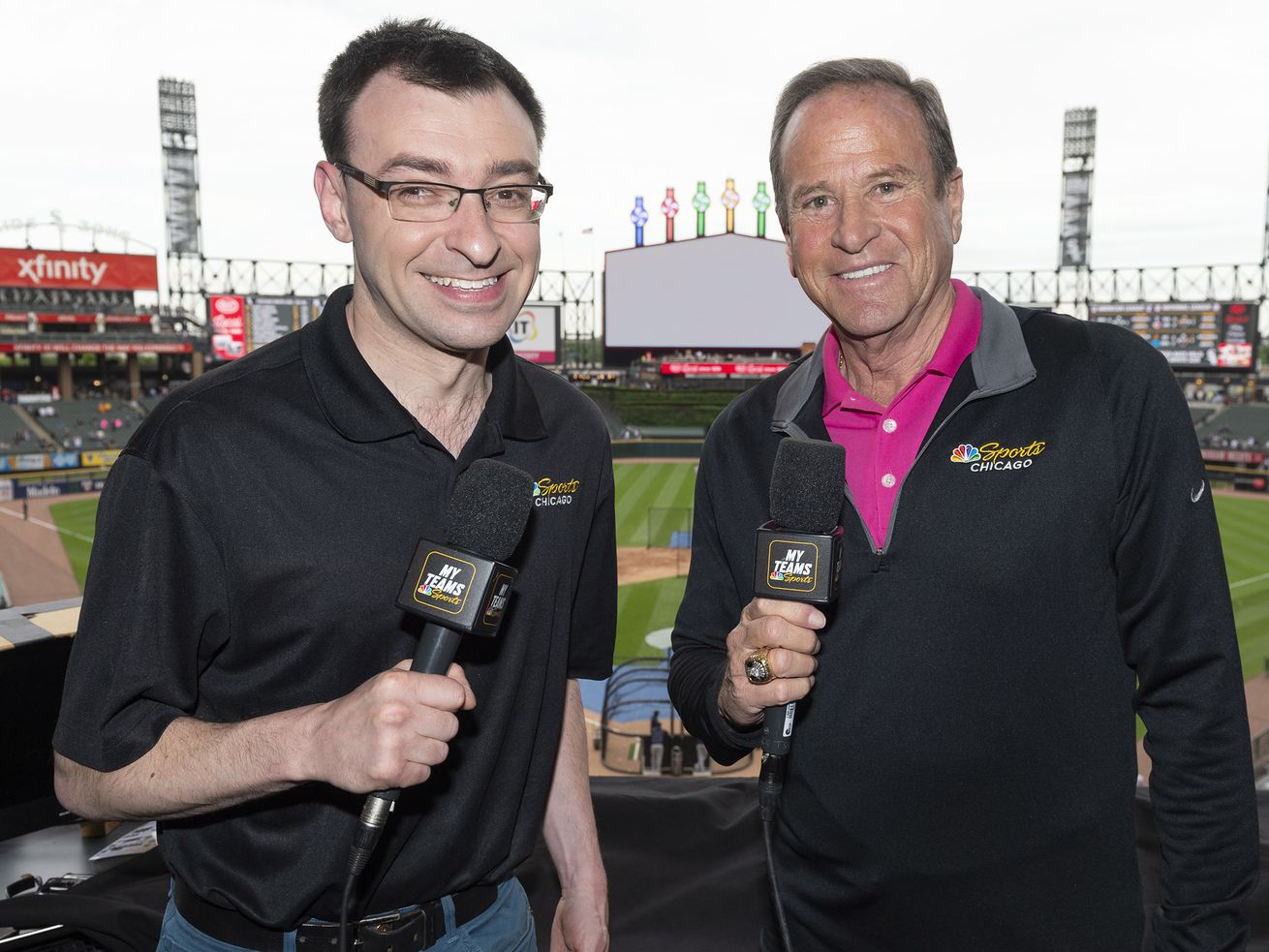 Benetti always wanted to call the Olympics, but it seemed so out of reach – often literally and figuratively – that he never conceptualized he would do it. Now he can.

White Sox TV voice Jason Benetti developed an affinity for the Olympics as a kid. He rooted for all the small countries whose delegation amounted to the person carrying the flag at the opening ceremony.

During the 2002 Winter Olympics in Salt Lake City, Benetti watched curling religiously while attending Syracuse. He and his friends became such fans that they went to the Utica Curling Club to learn more about the game.

And during his time calling High-A baseball, he watched with friends at a Wilmington, Delaware, sports bar as swimmer Jason Lezak rallied the American men’s 4×100-meter relay team to victory in the 2008 Summer Games in Beijing. It was one of Michael Phelps’ record eight gold medals.

“Honestly, I’ve watched the call from [NBC’s] Dan Hicks and Rowdy Gaines probably about 100 times,” Benetti said. “I always loved the majesty and the joy and the possibility of the Olympics that somebody that you’ve never heard of does something that changes their lives.”

In the upcoming Summer Games in Tokyo, viewers will hear Benetti, who will announce his first Olympics as NBC’s lead voice for baseball. He’ll call the semifinals, bronze-medal and gold-medal games Aug. 4-7 from the network’s studios in Stamford, Connecticut, alongside analyst Eduardo Perez of ESPN.

Kevin Cross, the president and general manager of Sox TV home NBC Sports Chicago, was part of network discussions about Olympics coverage, and he put in a good word for Benetti. Cross called him near the end of spring training to gauge his interest in the job.

“I said, ‘Are you serious?’ ” Benetti recalled. “ ‘I got a COVID vaccine and a call to do the Olympics within 90 minutes of one another. I have no idea what’s gonna happen the rest of the day, but it’s not gonna top this.’ ”

From the sound of it, Cross didn’t need to twist anyone’s arm.

“We have been familiar with Jason for some time,” said Rebecca Chatman, vice president and coordinating producer of NBC Olympics production. “His attention to detail, passion for the game and the comfortable way he weaves storytelling into his play-by-play made Jason an ideal baseball voice for us.”

The job required the Sox and ESPN, for whom Benetti calls almost everything, to sign off. Both made the process quick and easy.

“I’m eternally grateful that it happened that way because they didn’t have to do that,” Benetti said.

The performers admit they're honored to be the first K-pop group nominated at the GRAMMYs and send a special message to their Army fandom. Watch!
Ask Amy: Their self-indulgent coffee run was the last straw
SHARES
ShareTweet