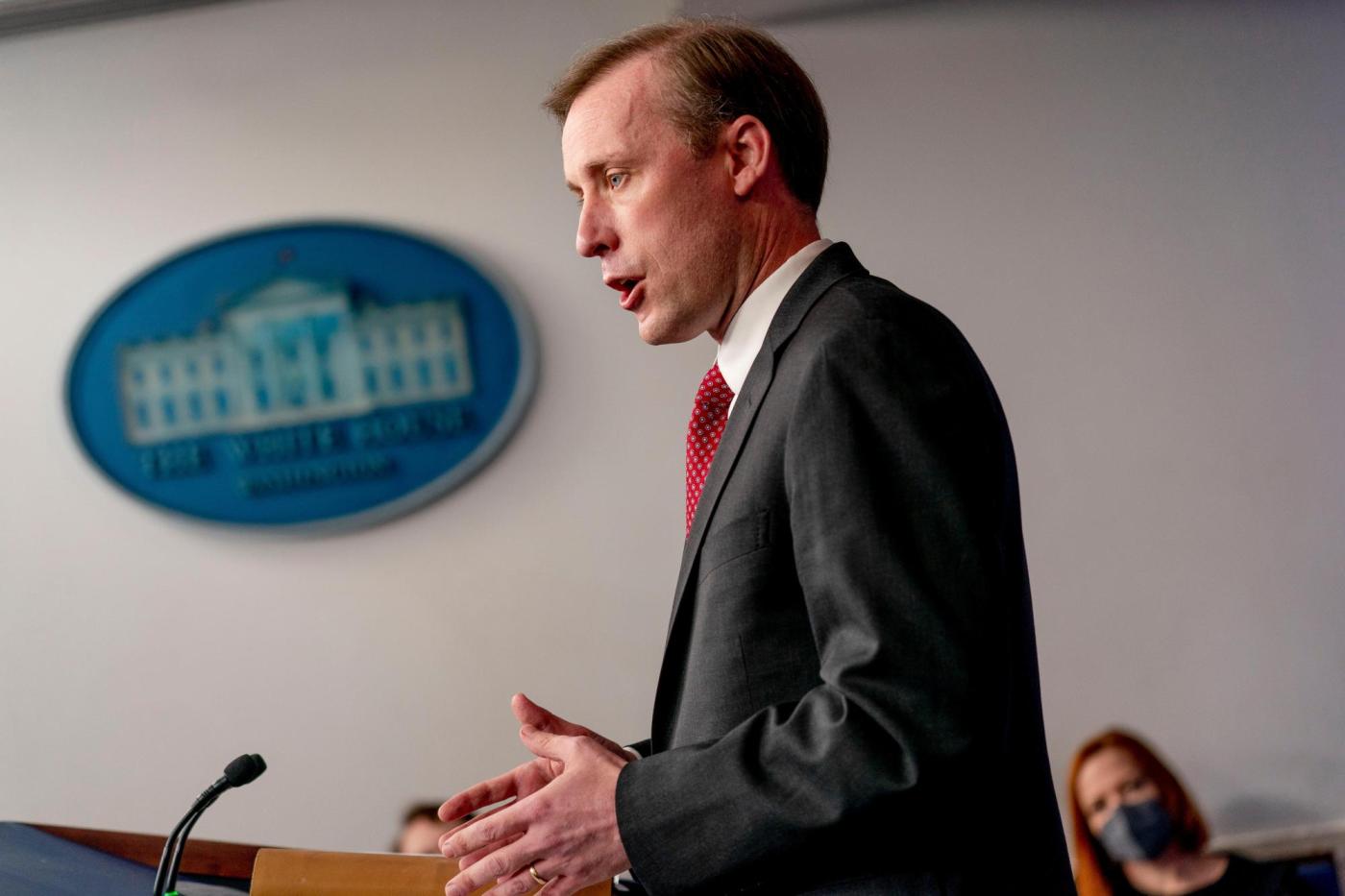 WASHINGTON (AP) — U.S. intelligence officials have determined a Russian effort is underway to create a pretext for its troops to further invade Ukraine, and Moscow has already prepositioned operatives to conduct “a false-flag operation” in eastern Ukraine, according to the White House.

White House press secretary Jen Psaki said on Friday the intelligence findings show Russia is also laying the groundwork through a social media disinformation campaign that frames Ukraine as an aggressor that has been preparing an imminent attack against Russian-backed forces in eastern Ukraine.

Psaki charged that Russia has already dispatched operatives trained in urban warfare who could use explosives to carry out acts of sabotage against Russia’s own proxy forces — blaming the acts on Ukraine — if Russian President Vladimir Putin decides he wants to move forward with an invasion.

“We are concerned that the Russian government is preparing for an invasion in Ukraine that may result in widespread human rights violations and war crimes should diplomacy fail to meet their objectives,” Psaki said.

The White House did not provide details about how much confidence it has in the assessment. A U.S. official, who was not authorized to comment on the intelligence and spoke on condition of anonymity, said much of the intelligence was gleaned from intercepted communications and observations of the movements of people.

The new U.S. intelligence was unveiled after a series of talks between Russia and the U.S. and its Western allies this week in Europe aimed at heading off the escalating crisis made little progress.

White House national security adviser Jake Sullivan on Thursday said the U.S. intelligence community has not made an assessment that the Russians, who have massed some 100,000 troops on Ukraine’s border, have definitively decided to take a military course of action.

But Sullivan said Russia is laying the groundwork to invade under false pretenses should Putin decide to go that route. He said the Russians have been planning “sabotage activities and information operations” that accuse Ukraine of prepping for its own imminent attack against Russian forces in eastern Ukraine.

He said this is similar to what the Kremlin did in the lead-up to Russia’s 2014 annexation of Crimea, the Black Sea peninsula that had been under Ukraine’s jurisdiction since 1954.

The Crimea crisis came at moment when Ukraine was looking to strengthen ties with the West. Russia had stepped up propaganda that Ukraine’s ethnic Russians were being oppressed in eastern Ukraine.

Russia has long been accused of using disinformation as a tactic against adversaries in conjunction with military operations and cyberattacks. In 2014, Russian state media tried to discredit pro-Western protests in Kyiv as “fomented by the U.S. in cooperation with fascist Ukrainian nationalists” and promoted narratives about Crimea’s historical ties to Moscow, according to a report by Stanford University’s Internet Observatory.