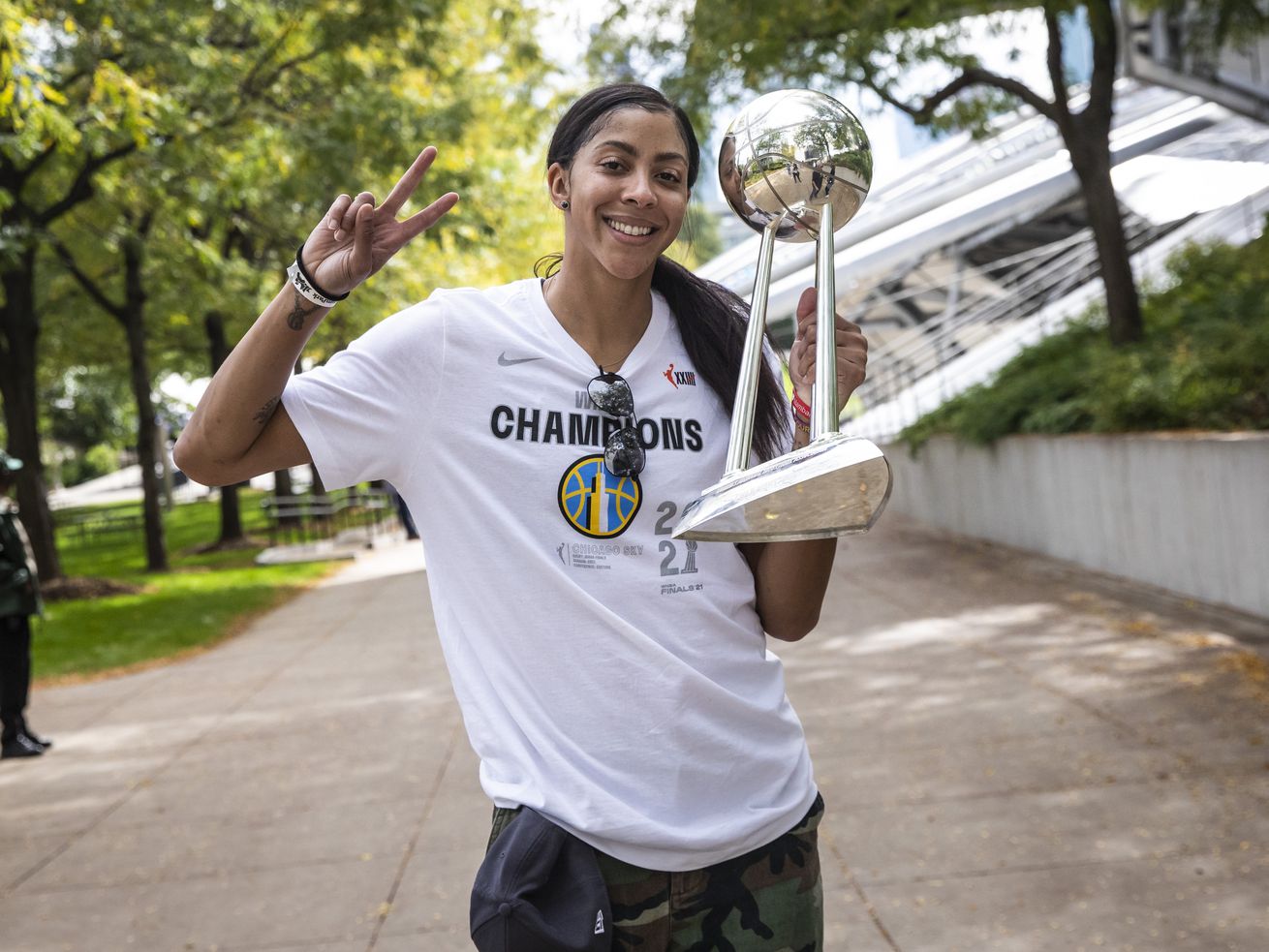 “Barrier breaking is about not staying in your lane and not being something the world expects you to be.”

It’s safe to say Parker likes to double up on her accolades, and they extend far beyond basketball. As she said in her TED Talk, filmed in November, Parker is so much more than a basketball player.

A businesswoman, an NBA analyst for Turner Sports, an investor in NWSL team Angel City FC, a daughter, wife and mother Parker’s career and personal life provide examples of all a person can accomplish when they refuse to accept limitations.

“Barrier breaking is about not staying in your lane and not being something the world expects you to be,” Parker said in her nearly 12-minute talk.

Parker reveals in the Ted Talk that her nickname growing up was “Can-do” because of her can-do anything mentality. Throughout her career, she’s proven why she’s so worthy of that nickname.

Following her first season in the WNBA, in which she was named rookie of the year and MVP, the only player in league history to do so, Parker gave birth to her first child, Lailaa. Her life as a mother is powerfully threaded throughout her TED Talk.

Six weeks after giving birth, Parker was back on the court for the Los Angeles Sparks and that offseason, she traveled overseas to play in Russia. Parker discusses the limitations others had for her as a mother and how she demolished all of them. She nursed her daughter for 13-months, sometimes during halftime at games her mother, Sara, shared with the Sun-Times in a previous interview.

Parker’s deeply personal TED talk highlights impactful moments throughout her life and career, including her first memory of the WNBA and its launch in 1997.

“I no longer had to go out in the driveway and try to dunk like Michael Jordan,” Parker said. “I could go out and get buckets like Cynthia Cooper.”

This year, Parker added to her legacy when she led the Sky to their first WNBA title, became the first woman featured on the cover of NBA2K, launched a podcast, was named AP player of the year for the second time and announced she will be welcoming a son with wife Anna Petrakova.

According to Forbes, Parker was one of the top-earning women athletes in 2021. Her total earnings for the year amounted to $5.7 million. Well over half of that was earned off the court.

For 12 minutes, Parker spoke about embracing your individuality, the inspiration she draws from her daughter and how she’s defined herself beyond basketball.

By the end, the audience stood to applaud Parker, an action …read more