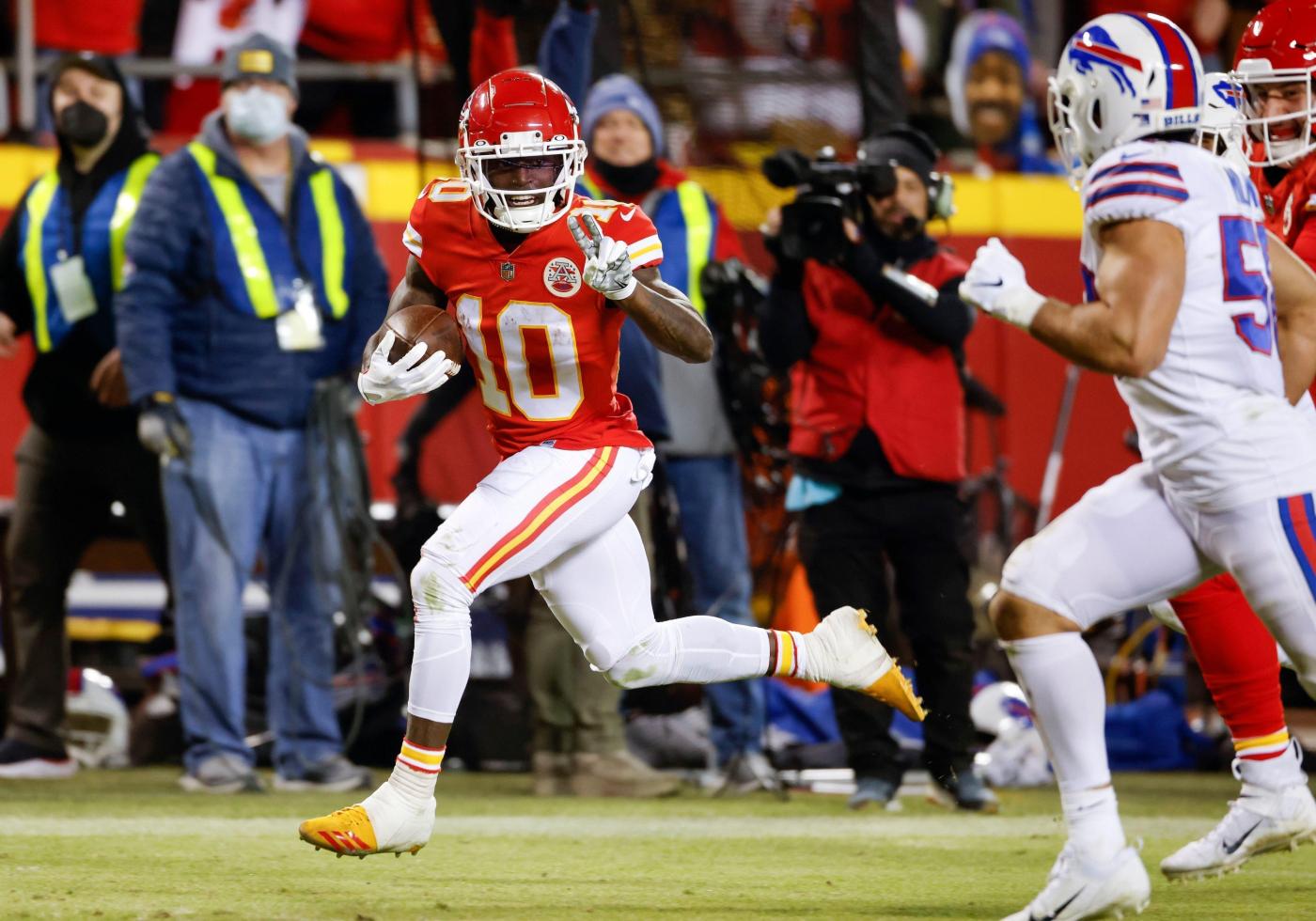 In his time in Kansas City, Tyreek Hill has demoralized the Buffalo Bills in recent playoff meetings.

With his Chiefs eliminating Buffalo the past two postseasons, Hill has 20 receptions for 322 yards in those games.

The star wide receiver’s new team, the Miami Dolphins (2-0), however, have been crushed by their AFC East rival the past several seasons with the Bills (2-0) on a seven-game win streak in the series entering Sunday’s 1 p.m. kickoff.

“I wouldn’t say they fear the Bills, probably a little more out of respect,” Hill said Friday of the impression he has received from Dolphins teammates feelings toward Buffalo. “For me, my message to them is, ‘It’s just another football game. Let’s just go out there, do what we’ve been doing our whole entire lives and just play ball. Let’s have fun with it, do what we’re coached to do, and just play fast.’

“The best is supposed to want to play the best. You shouldn’t run from no challenge. … We just got to go out there with the same mentality that we’ve been having. Dominate, conquer and be as deliberate as you can each and every possession that we touch the ball.”

Hill, fellow Dolphins wideout Jaylen Waddle, quarterback Tua Tagovailoa are coming off a historic passing display last Sunday in Baltimore. The Dolphins came back from down 21 points in the fourth quarter to beat the Ravens, 42-38, as Tagovailoa threw for 469 yards and six touchdowns, Hill recorded 190 receiving yards and two touchdowns and Waddle 171 plus two scores.

Pac-12 recruiting update: Fallout at ASU, big wins by Washington and Oregon, and a huge opportunity this week for Oregon State

“One thing that NFL defenses fear is speed,” Hill said, “so let’s just be us. Control what we can control.”

While successful in postseason play against the Bills, Hill has relatively been held in check in regular-season meetings, going for 124 yards on 17 catches in three games, two of them losses.

The Buffalo secondary will be without cornerbacks Tre’Davious White and Dane Jackson and safety Micah Hyde. Fellow safety Jordan Poyer is questionable.

“The absence of Tre’Davious, really, I feel like slows them down, but those guys over there, Sean McDermott, he has the mentality of next man up, next cornerback,” Hill said of a unit that may count on rookies Kaiir Elam and Christian Benford at cornerback. “Those guys are filling in well for that defense.”

With Hispanic Heritage a theme for Sunday’s game at Hard Rock Stadium, Hill said he’s been picking up more Spanish since living in Miami full-time. He added that his stepsister on his mother’s side of the family is part-Hispanic.

“I know a little bit of something something,” Hill added of his Spanish. “I learn from Dora the Explorer, but then my little sister be teaching me too.”

And beyond using a Spanish term for nether-regions that he’s dropped on more than one occasion in speaking of Tagovailoa and coach Mike McDaniel, Hill has even had fun flirting in what might become a second language for him.

“Me being around this area, the one thing I’ve been telling the …read more