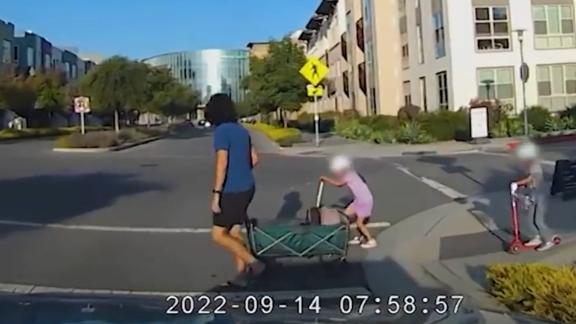 San Mateo is considering major traffic changes after dashcam video captured a driver nearly hitting a girl riding her scooter at a crosswalk.

One of three children hit by car in Antioch to be taken off life support, relative says