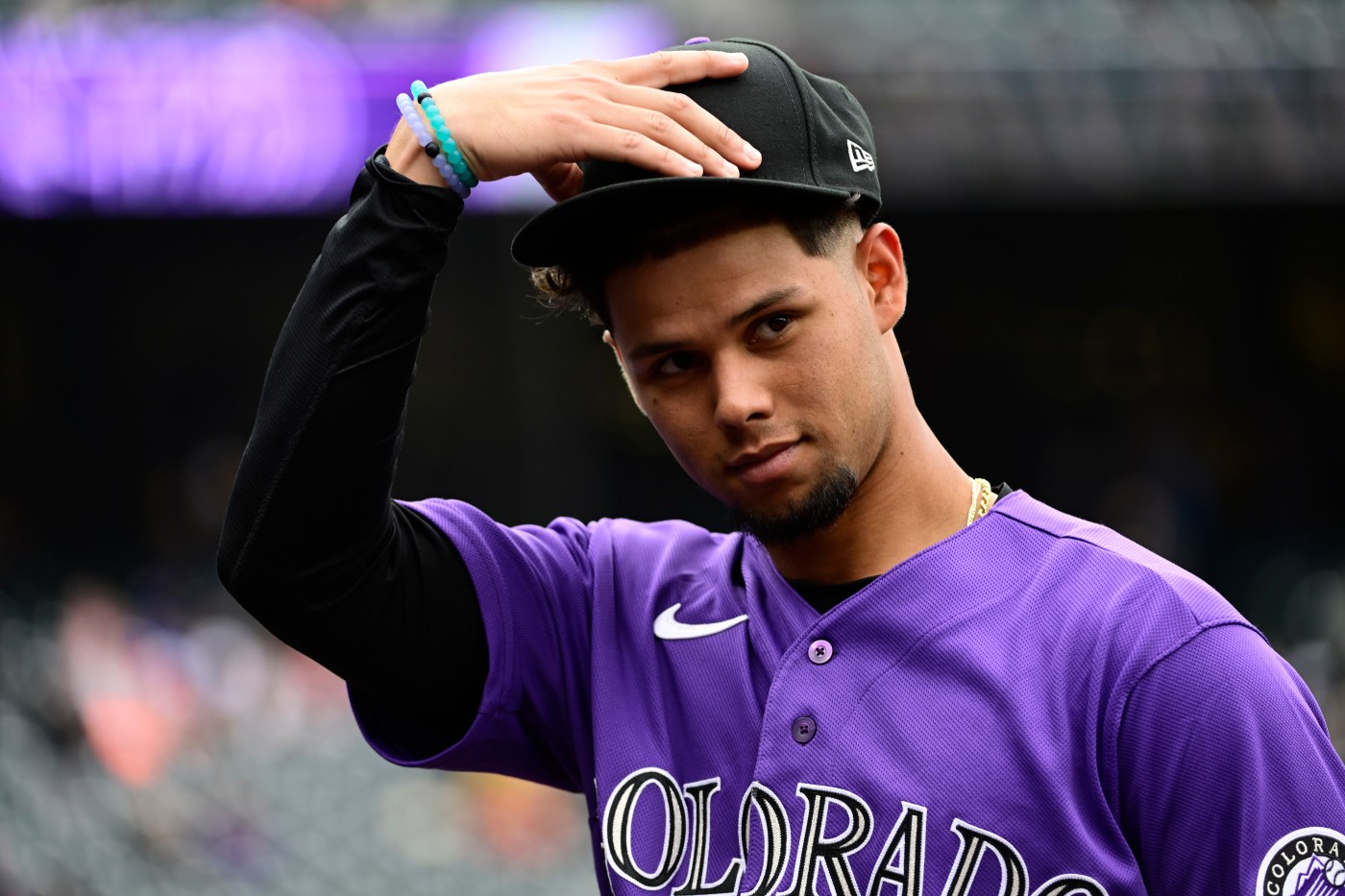 Not long ago, shortstop Ezequiel Tovar was an incognito observer sitting in the stands at Coors Field.

“I sat behind home plate and nobody recognized me,” Tovar said Thursday.

That’s about to change. Big time.

Tovar, ranked as the organization’s No. 2 prospect by MLB Pipeline and as the 28th-best prospect in baseball, was officially added to the Rockies’ major-league roster on Thursday morning. He caught a morning flight from Houston to Denver with his wife, Laura, and arrived in the Rockies’ clubhouse at about 10:15 a.m. Tovar had a quick sitdown with manager Bud Black, was issued uniform No. 14, and got bearhugs from some of his former minor-league teammates.

Because of his arrival time, Tovar was not in the starting lineup for Thursday afternoon’s game vs. San Francisco, which the Rockies lost, 3-0. He’s expected to make his major-league debut on Friday night against San Diego.

Lofty expectations for Tovar resemble those for Troy Tulowitzki when “Tulo” made his Rockies debut in late August  2006. In 2007, Tulo was runner-up for the National League rookie of the year and help lead Colorado to its only World Series. Tulowitzki, went on to become a five-time All-Star shortstop.

When Tovar plays Friday, as expected, he’ll be age 21 and 23 days, making him the youngest position player in franchise history to make his debut. Infielder Roberto Mejia was 21 years and 92 days old when he debuted in 1993. The only younger players in club history were right-handed relief pitchers Marcos Carvajal (20 years, 250 days) in 2005, and Miguel Castro (20 years, 251 days) in ’15.

Tovar played just 66 games at Double-A Hartford and five at Triple-A Albuquerque this season before getting called up. That’s a rapid promotion but Tovar said he’s ready to make the quantum leap.

“Once I’m on the field, it’s going to be the same game,” Tovar said. “Right now, I’m just extremely happy and I’m just taking it minute-by-minute.”

Tovar went 2-for-4 in his final game for Triple-A Albuquerque on Wednesday. In his short stint with the Isotopes, Tovar hit 333 (7-for-21) with a home run, two RBIs, two walks and two strikeouts. Before joining the Isotopes, Tovar was rehabbing a groin injury that cost him more than two months. But in 66 games at Double-A, Tovar showed Rockies’ management what they needed to see. He hit .318 with 13 home runs, 47 RBIs and 17 stolen bases.

“He played well in Double-A, played baseball to a level that got us really thinking about it, got us on a program where we were watching him closely,” manager Bud Black said. “Through his performance, he got on the radar.

“We saw him in spring training, liked what we saw, and he continued. He was arguably the best player in the Eastern League up until the injury. Since he returned this time, he went to Arizona and got back into baseball shape, and after a short look in Albuquerque, we thought it was a move to get him experience.”

(Visited 1 times, 1 visits today)
BTS Feeling "Dynamite" at 2021 GRAMMY Awards
How much did the nine most expensive homes sell for in Saratoga the week of Sep. 19?