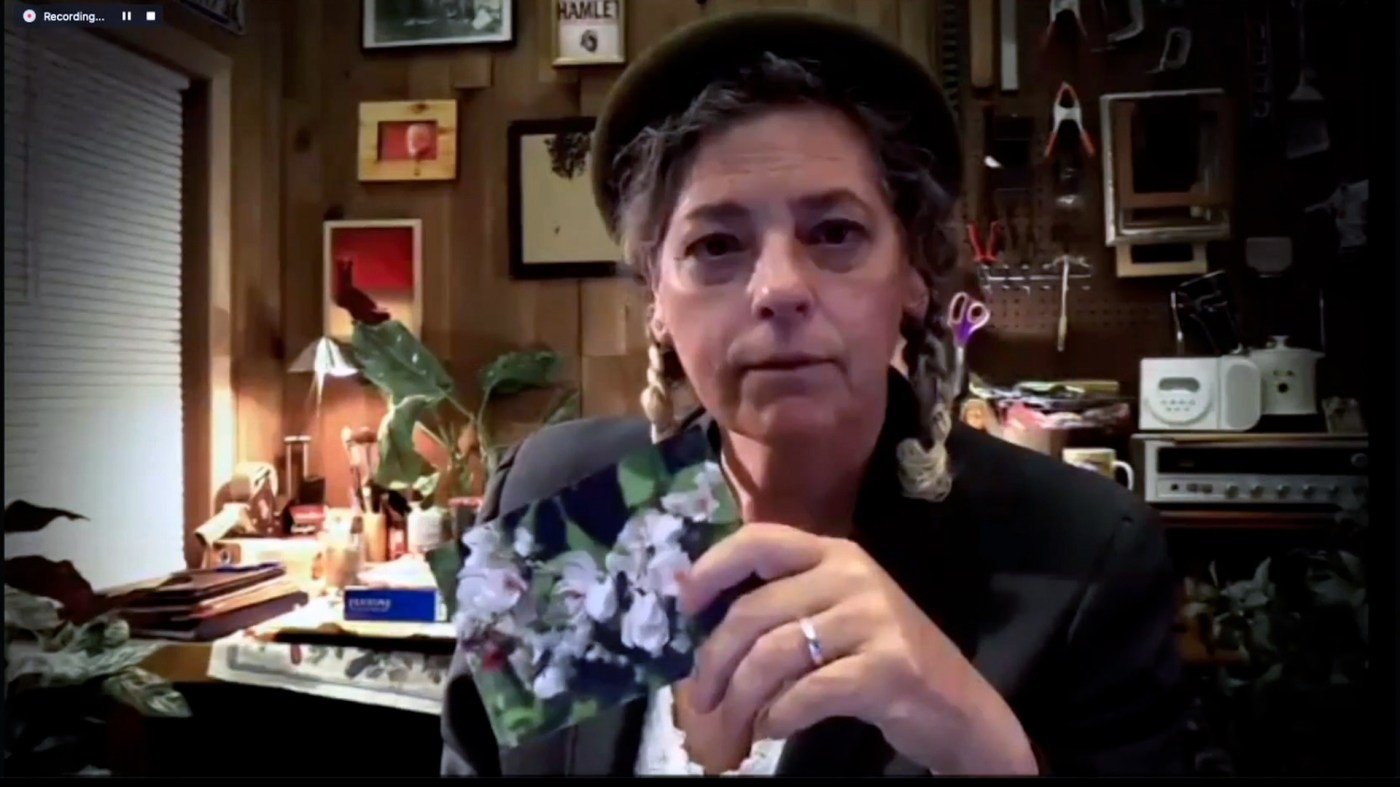 For decades now, the consummate actress has played so many memorable roles, from Lady Macbeth and Leni Riefenstahl to Hedda Gabler, on so many stages, that many of us feel not only that we know her but also that we’re rather close friends. She comes across as the kind of old pal who deserves a hug.

A heady puzzle of a play, this 70-minute gambit from Chen (“The Hundred Flowers Project,” “Caught”) explores the mysteries of audience participation, virtual sleight-of-hand, and the meta-theatrical nature of Zoom.

Slyly framed by ACT artistic director Pam MacKinnon, the interactive show starts out with humdrum technical instructions regarding “gallery view” and “speaker view” that lull the audience into a state of complacence, even boredom, until Zoom fatigue gradually gives way to a dawning feeling of being manipulated by a master thespian.

As our enigmatic Zoom meeting host, Ross plays herself, exuding her usual down-to-earth charisma and mischievous grin. You may be expecting a monologue in close-up but instead, we get to peruse archival photos from her past roles while we also peek at the memorabilia in her home office. Then she leads the audience through a series of semi-therapeutic exercises like singing awkward harmonies with your hand on your chest and answering touchy-feely prompts like “can you describe a guiding principle you have?”

If we didn’t already feel such a palpable bond with Ross, the cheesiness of this forced sharing might rub some of us the wrong way. Others no doubt long to expose their deepest secrets. Chen artfully navigates that tension as the show explores the line between connection and isolation, theater shows and con games, and how easily vulnerability can be exploited by the wily.

It would be a shame to ruin the experience with spoilers so suffice to say that the key is the elusive quality of truth. The willing suspension of disbelief can be used to bamboozle you on and offline but it’s also mandatory for any true meeting of the minds.

The Obie-winning playwright hasn’t yet chiseled the play’s reversals and reveals into their sharpest relief but there are still moments of real insight to be had in the least likely of spaces. Thrust into the limbo of the breakout room, small groups engage in the fleeting intimacy of intermission chatting, the kind of brief encounter that used to occur while in line at ACT’s swanky little basement bar.

After an unsettling year steeped in the alienation and fear of the pandemic, Chen knows all too well just how much we miss those moments of “Communion.” Ever the provocateur, he leaves us wanting more.

(Visited 1 times, 1 visits today)
BTS Feeling "Dynamite" at 2021 GRAMMY Awards
Bitcoin may have to tumble below $30,000 before major buyers are lured back in, JPMorgan's crypto expert says

The 5 best WiFi routers in 2021 for better streaming, gaming, and working