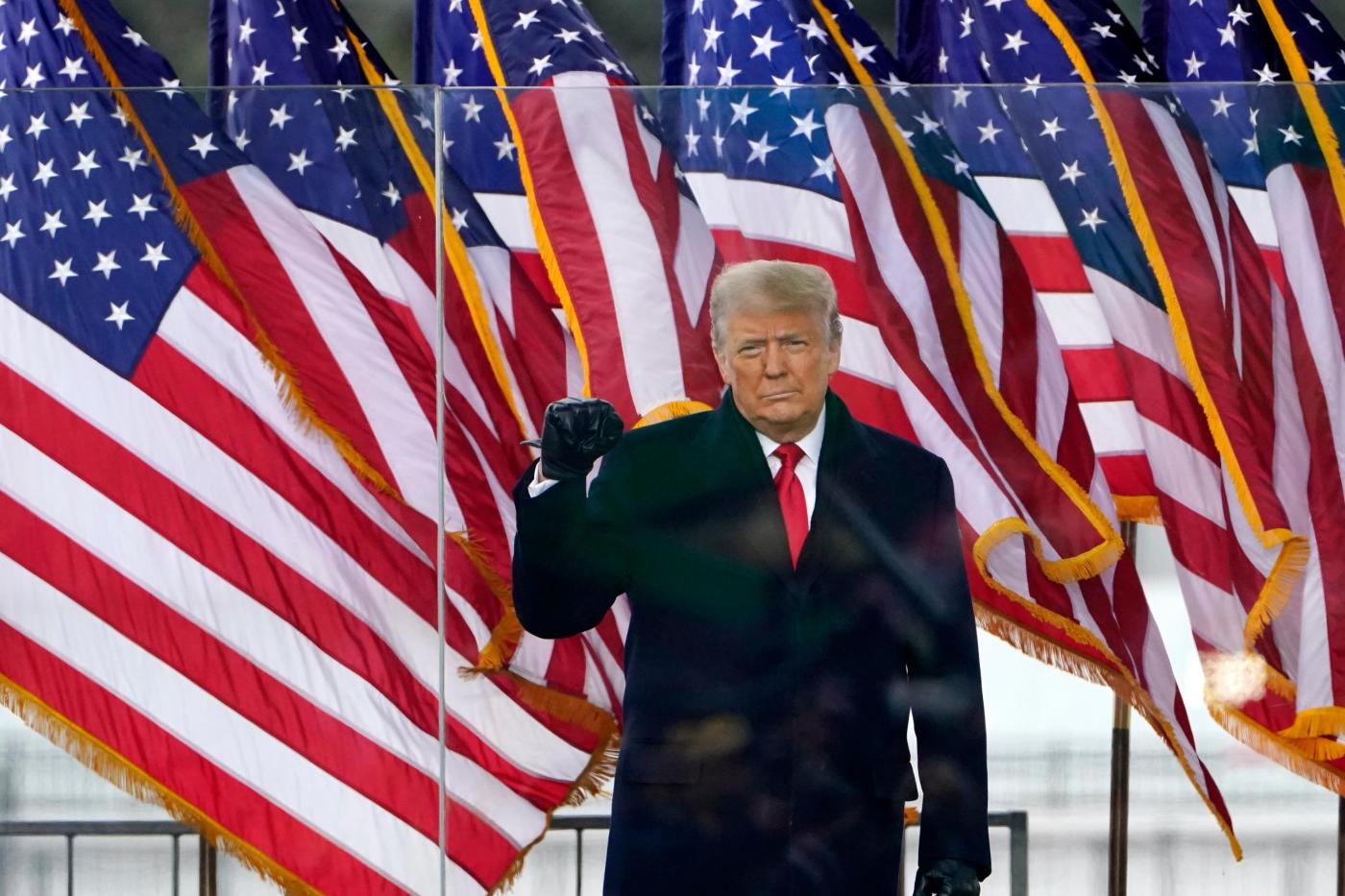 After the House of Representatives voted Wednesday to impeach him, President Donald Trump released a video statement that did not mention the historic development that had occurred a few hours earlier.

Instead, he delivered a call for calm as the threat of new riots casts a pall over Washington.

Trump’s Oval Office speech came only after advisers talked him into taping it, according to a person familiar with the matter. Trump had seemed reluctant to tape the videos, in part because he believes they make him look like he’s caving to pressure to tone down his stance on the election.

His first video on the day of the insurrection came partly at the urging of his daughter Ivanka Trump. The president threw out the script his team had prepared and ad-libbed most of it, including the line telling the rioters “we love you.”

The subsequent videos have been more tightly scripted, with heavy input from the White House counsel’s office on the text. Trump has read them from teleprompters set up by the White House Communications Agency as senior officials look on, ensuring he does not diverge from the words as written.

Advisers have repeatedly urged him to record the statements, citing both the potential legal implications of inciting the riot and the desire from fellow Republicans that he show a willingness to lower the temperature among his supporters.

The transcript of the Wednesday video:

My fellow Americans, I want to speak to you tonight about the troubling events of the past week.

As I have said, the incursion of the US Capitol struck at the very heart of our Republic. It angered and appalled millions of Americans across the political spectrum.

I want to be very clear: I unequivocally condemn the violence that we saw last week. Violence and vandalism have absolutely no place in our country and no place in our movement.

Making America Great Again has always been about defending the rule of law, supporting the men and women of law enforcement and upholding our nation’s most sacred traditions and values. Mob violence goes against everything I believe in and everything our movement stands for.

Tragically, over the course of the past year made so difficult because of COVID-19, we have seen political violence spiral out of control. We have seen too many riots, too many mobs, too many acts of intimidation and destruction. It must stop.

Whether you are on the right or on the left, a Democrat or a Republican, there is never a justification for violence, no excuses, no exceptions. America is a nation of laws. Those who engaged in the attacks last week will be brought to justice.

Now I am …read more

Biden plans to roll back controversial Trump policies on his first day in office, including reversing the Muslim travel ban and rejoining the Paris climate accord