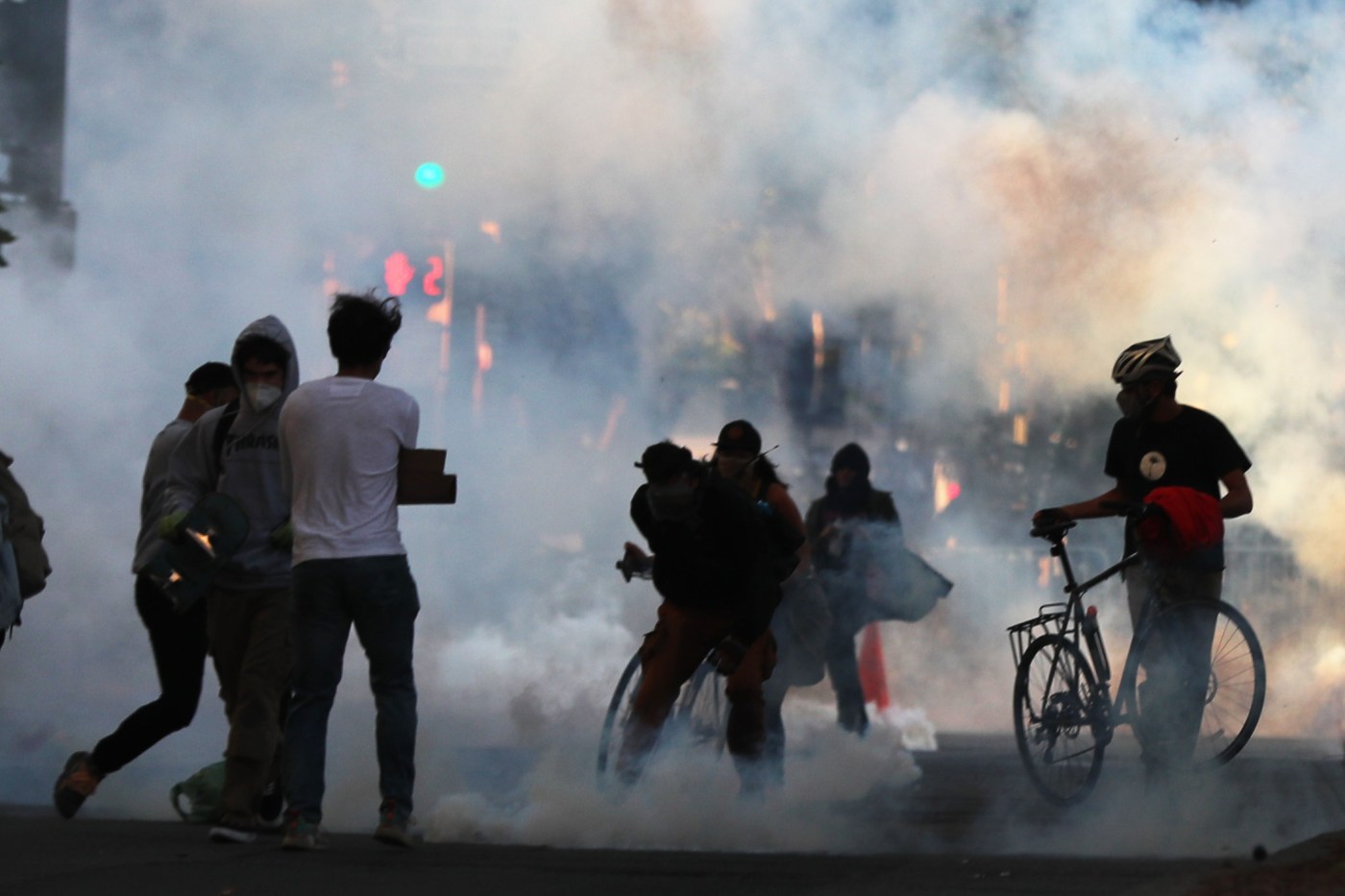 OAKLAND — The Oakland Police Department could face additional oversight over its acquisition and use of “militarized” equipment under a proposal headed to the City Council next week.

The proposed ordinance, if approved by the council at its meeting Tuesday, would add a chapter to Oakland’s Municipal Code to regulate the police department’s acquisition use of equipment including armored vehicles, firearms or ammunition .50 caliber or greater, projectile launchers, “riot guns” used to launch chemical agents, teargas, and “flashbang” grenades or other explosives often used to breach crowds at protests.

The ordinance would require the police to submit policies, impact reports and annual reports about their use or purchase of such equipment to the Oakland Police Commission — the existing civilian oversight body for the police department — who would then make recommendations to the City Council about the use of the equipment.

Oakland Vice Mayor Rebecca Kaplan, who is introducing the legislation along with councilmembers Noel Gallo and Dan Kalb, said in a press conference earlier this week that the legislation is necessary to ensure “we do not have overuse and inappropriate use of militarized equipment.”

The proposal comes to the City Council days after it was revealed that more than two dozen Oakland police officers are facing discipline for their tactics — including the use of tear gas — against demonstrators in the city in the wake of the murder of Minneapolis’ George Floyd by police last spring.

After four investigations into about 300 use-of-force complaints at protests between May 29 and June 1, investigators found 33 instances, all occurring on June 1, of officers violating policy, mostly for the improper deployment of tear gas, according to police officials.

Here are 9 fascinating facts to know about BlackRock, the world's largest asset manager popping up in the Biden administration (BLK)

The proposed ordinance for civilian oversight of the equipment would create even more regulation.

At a meeting of the City Council’s Public Safety Committee this week, Armstrong expressed concern about the department’s ability to create the reports that the ordinance would require be sent to the commission.

“This ordinance is very thorough and requires a lot of administrative responsibilities on the department,” he said. “Obviously we are at our capacity right now … so the additional requirements would need some additionall staff support.”

Armstrong also had reservations about the list of “controlled” equipment that would be subject to regulation, noting that it would be “cumbersome” to get permission for a long list of equipment to  use.

Kaplan said the police commission could further hone the process in conjunction with the police department, but that in order to continue doing that, City Council needs to authorize it — which is what next week’s vote is supposed to do.

“The acquisition and use of military equipment adversely affects the public’s safety and welfare, and creates severe and continuing risks to civil rights, civil liberties, and the physical and psychological wellbeing of the public,” wrote …read more

The performers admit they're honored to be the first K-pop group nominated at the GRAMMYs and send a special message to their Army fandom. Watch!
Rep. Barbara Lee says Biden putting US on course to end 'forever wars' with support for 2002 AUMF repeal
SHARES
ShareTweet