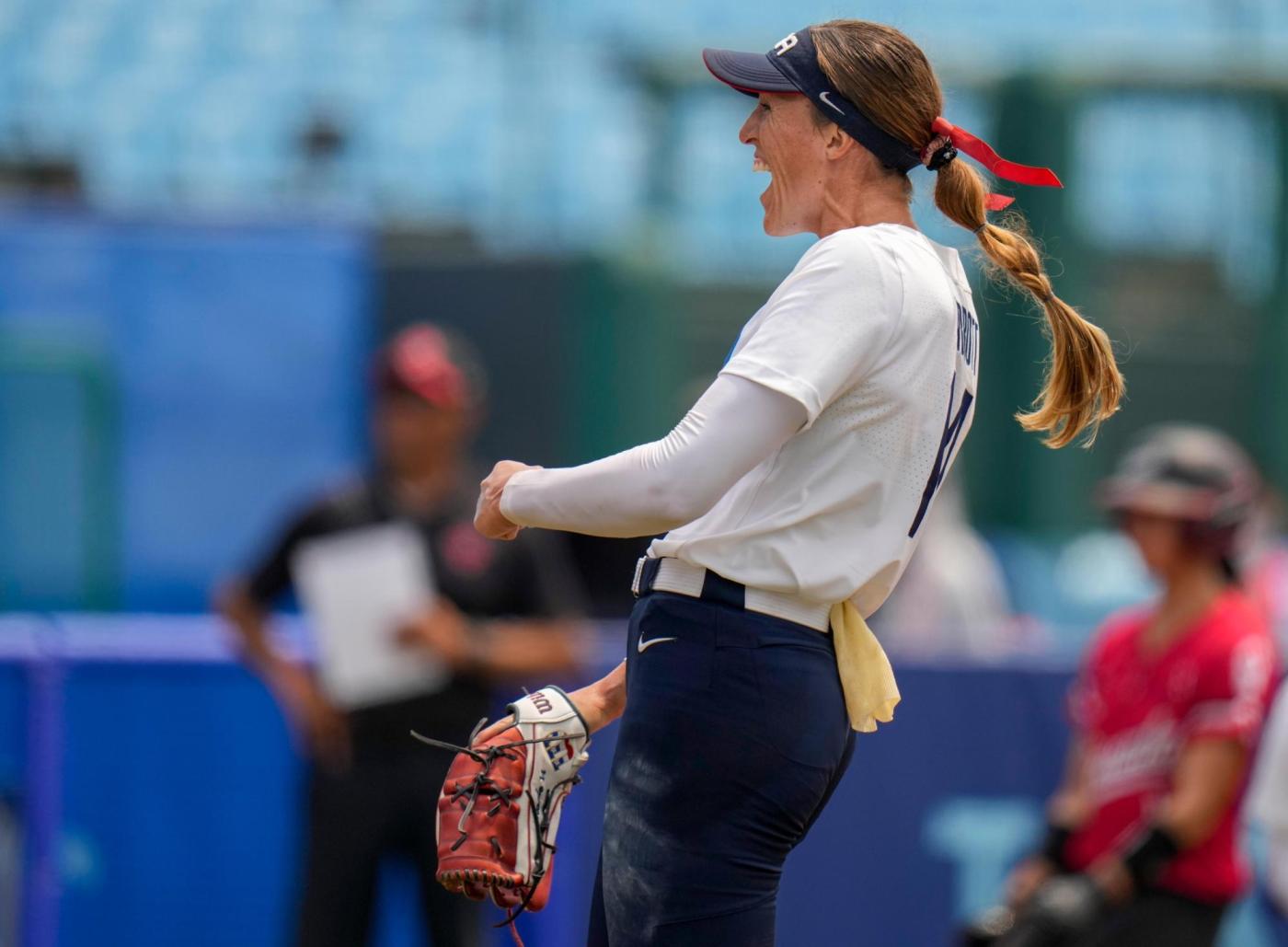 FUKUSHIMA, Japan (AP) — Monica Abbott pitched a one-hitter, center fielder Haylie McCleney and second baseman Ali Aguilar combined to throw out the potential tying run at the plate in the sixth inning and the United States beat Canada 1-0 on Thursday for a 2-0 start.

Amanda Chidester hit an RBI single in the fifth off loser Jenna Caira that scored McCleney, who went 3 for 3 with a walk and has reached base seven times in the two games.

Trying to regain the gold medal they lost to Japan in 2008, the Americans are getting just enough offense. The U.S. was 1 for 8 with six strikeouts with runners in scoring position.

After a day off for the opening ceremony in Tokyo, the softball tournament resumes Saturday in Yokohama, where the U.S. plays Mexico.

Pitching a week before her 36th birthday, Abbott was bidding for a second Olympic no-hitter after a five-inning perfect game against the Netherlands in 2008. She walked Jen Gilbert leading off the sixth and pinch-hitter Sara Groenewegen lined a 0-2 pitch to the right-center field gap.

Pinch-runner Joey Lye tried to score from first, but McCleney relayed the ball to Aguilar, and catcher Aubree Munro moved up the third-base line for Aguilar’s throw and caught the sliding Lye with a sweep tag.

Groenewegen took third on the throw, but Abbott stranded pinch-runner Janet Leung when Victoria Heyward flied out and, after an intentional walk, Kelsey Harshman struck out.

The U.S. scored in the fifth after McCleney popped a single into short left with one out. Janie Reed, whose husband, Jake, was designated for assignment by the Los Angeles Dodgers just before the game, sacrificed and Chidester lined a 1-2 pitch on the outside corner to the opposite field into right.

A siren song for the Olympic Games no one is celebrating

Third-ranked Canada, in its fifth Olympics, is seeking its first medal.

Abbott, a 35-year-old left-hander, is 6-foot-3 and wiry. Her release point at the front of the 8-foot circle cuts the 43-foot distance from the rubber to the plate, a striking similarity to Randy …read more

Russia is reportedly working on a new ‘Doomsday’ plane, a flying command and control center for nuclear war