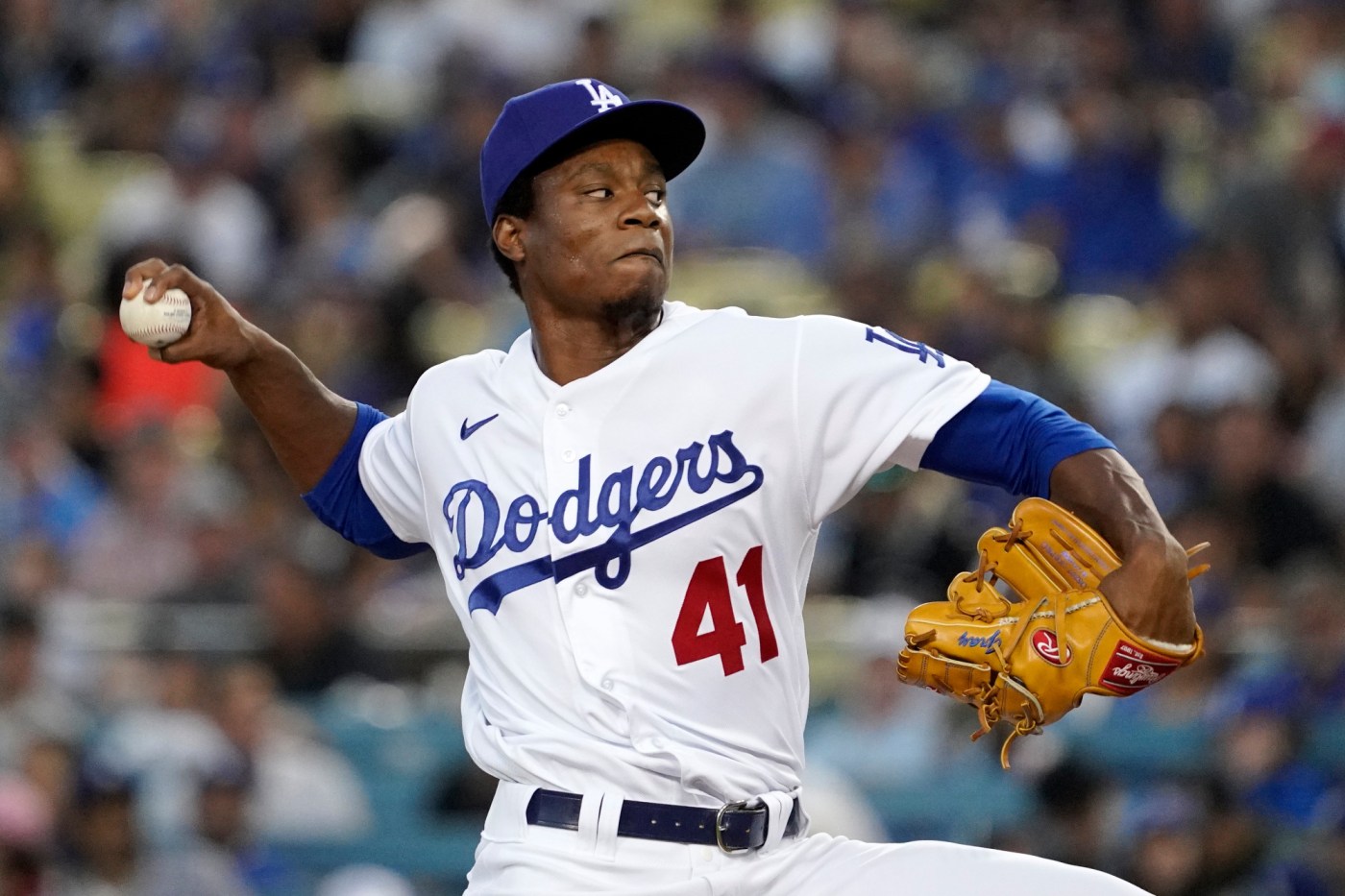 LOS ANGELES — As young players have progressed from the Dodgers’ farm system onto the major-league roster, Manager Dave Roberts has often used the same analogy.

So – does Josiah Gray now get “a runway” to establish himself in the big leagues?

“Yes, he has a runway,” Roberts said Wednesday.

Gray will make his second big-league appearance and first major-league start on Sunday afternoon against the Colorado Rockies. Roberts indicated Gray will likely stay in the Dodgers’ starting rotation until Clayton Kershaw returns from the injured list. Kershaw has just begun his throwing program, playing catch out to about 90 feet the past three days.

Gray’s status could change, however, based on any acquisitions the Dodgers make before the July 30 trade deadline.

The 23-year-old Gray made his major-league debut in Tuesday’s games, entering in the third inning and producing mixed results – he struck out seven in four innings (including four consecutive batters at one point) but also gave up four runs on three home runs.

After making one start in Triple-A, Gray spent two months on the sidelines with a shoulder injury. The Dodgers’ starting pitching melted away during that time and Gray would likely have made his big-league debut much sooner if he had been healthy.

“I definitely felt like if I was healthy at the right moment I would definitely have gotten a shot earlier,” Gray said. “I didn’t really think much of it. I knew I was hurt. There wasn’t anything I could really do except make sure that my rehab was going really well and that I was available after the rehab process was done. And that’s where I am now.”

Infielder Max Muncy was back in the starting lineup on Wednesday after being hit in the right shoulder blade by a pitch and leaving Tuesday’s game in the seventh inning. Third baseman Justin Turner and outfielder Mookie Betts were not in the lineup.

Turner was hit in the left knee by a pitch Tuesday and left the game in the fifth inning. Roberts said he was considering giving Turner Wednesday off even before that. The knee contusion settled matters, though Turner was available to come off the bench if needed.

Betts, meanwhile, took ground balls at second base as part of his pre-game workout but he was not in the starting lineup for a fourth consecutive game Wednesday and Roberts acknowledged the injured list was “a possibility” for Betts.

“It’s certainly a possibility. I didn’t think it was a few days ago,” Roberts said. “It’s a possibility. It’s not ideal. But the most important thing is getting Mookie back to 100 percent.”

Betts aggravated a right hip pointer over the weekend in Colorado.

Bill aims to decertify police in CA for serious misconduct