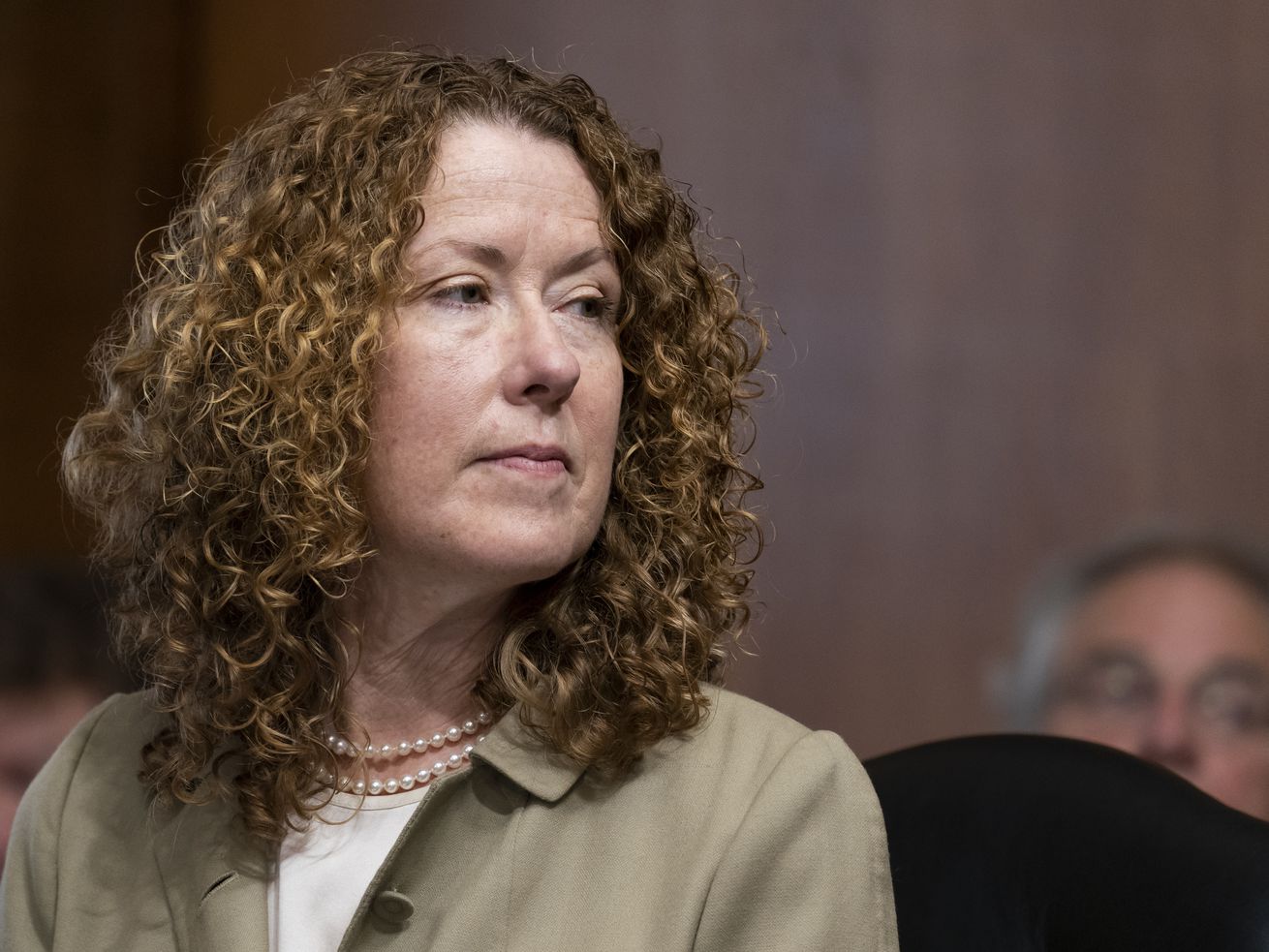 In this June 8, 2021, file photo, Tracy Stone-Manning listens during a confirmation hearing for her to be the director of the Bureau of Land Management, during a hearing on Capitol Hill in Washington. | Alex Brandon, Associated Press

The federal Bureau of Land Management manages almost 42% of our state — 22.8 million acres of public lands. And, whether it is the sprawling desert lowlands, the spectacular snow-capped peaks of Utah or the breathtaking red-rock canyons, these lands arouse intense demands from hunters, anglers, recreationists, businesses and local governments — not to mention the flora and fauna that depend on these places for survival.

It is critical for the agency to have a director who understands the need to conserve, restore and steward these public lands for all users. This is why we, as Utah’s Quad Caucus representing Utah’s ethnic and racial minority communities, urge Sen. Mike Lee and the other members of the U.S. Senate Energy and Natural Resources Committee to vote to confirm Tracy Stone-Manning as director of the Bureau of Land Management.

As a former Montana state official, congressional staffer and senior policy adviser at the National Wildlife Federation, Stone-Manning has a proven record in reaching collaborative conservation solutions. Throughout her career she has brought broad coalitions of groups together to solve hard problems, from Superfund cleanups to helping secure Medicaid expansion in a conservative state.

'I might pump but I don't dump': Elon Musk outlined his broad approach crypto investing in a panel also featuring Cathie Wood and Jack Dorsey

As a Westerner, an avid outdoorswoman, hunter and hiker, Tracy Stone-Manning understands the unique challenges facing the Bureau of Land Management: increasing access for outdoor recreation, conserving and restoring lands and degraded wildlife habitat, and ensuring that local communities benefit from the public lands.

She has spent her career breaking down barriers to our public lands, such as working well with Indigenous communities and ensuring that federal land management policies serve all communities.

Our state has several ongoing and contentious issues to resolve, including rules for off-road vehicles; sorting out mining and ranching interests; addressing invasive species; managing increased tourism; and making sure no one is left behind as our nation transitions to a clean energy future.

People across the spectrum — from ranchers to oil and gas producers to sportsmen and women — see Tracy Stone-Manning as a person they can work with. BLM’s “multiple-use” mandate requires exactly the type of collaborative approach that Stone-Manning has brought to her career. She understands that regardless of political party, the agency works to serve ALL Americans.

The BLM has not had a Senate-confirmed director since 2017, which has …read more

The performers admit they're honored to be the first K-pop group nominated at the GRAMMYs and send a special message to their Army fandom. Watch!
How to watch the Tokyo Olympics, starting with the opening ceremony on July 23
SHARES
ShareTweet