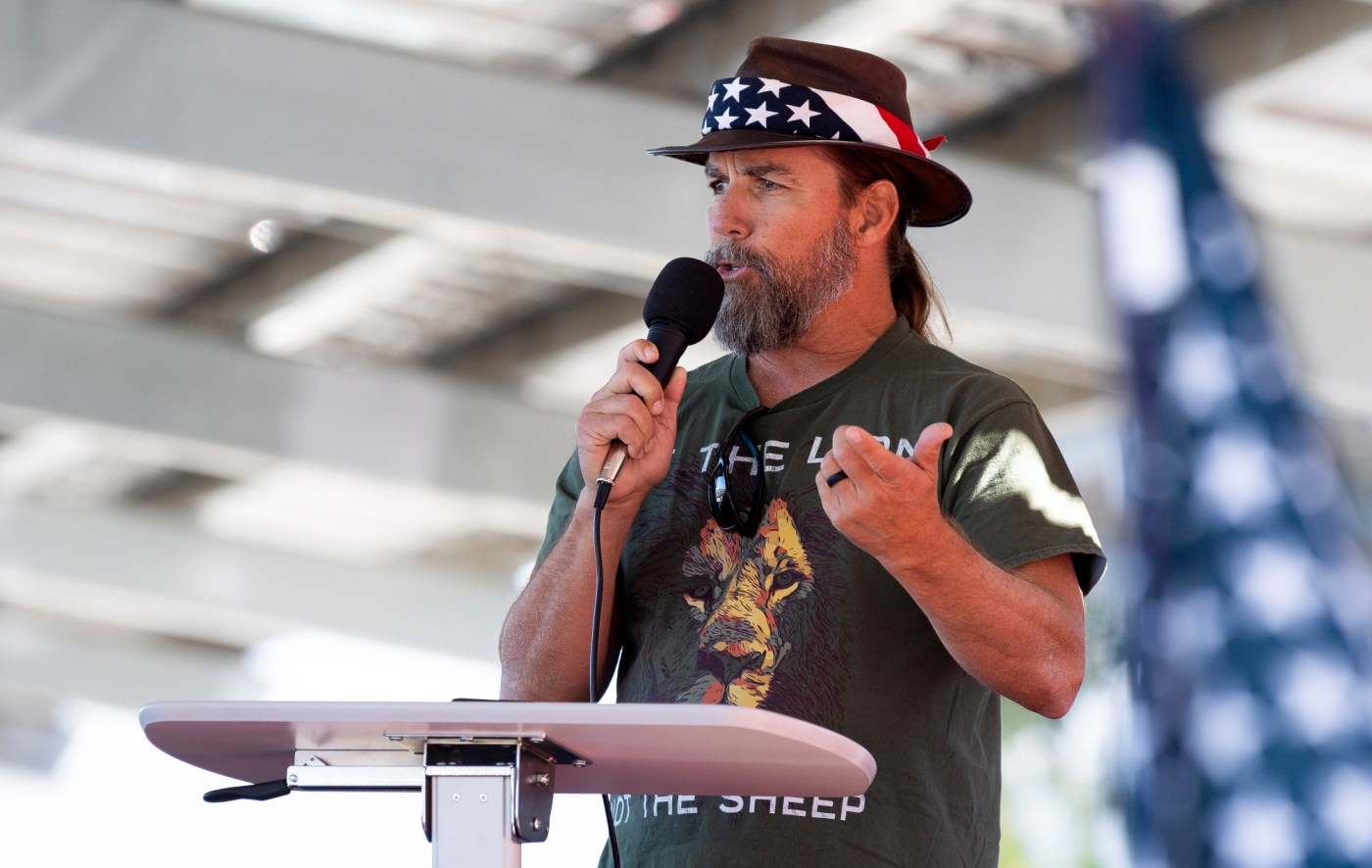 A former La Habra police chief and five others were charged Thursday, June 10, with crimes related to the Jan. 6 insurgency at the U.S. Capitol by supporters of President Donald Trump seeking to prevent the certification of the Electoral College balloting in favor of Joe Biden.

Alan Hostetter, 56, who led rallies in Orange County against coronavirus restrictions last summer, is a yoga instructor who took a medical retirement in 2010 after eight months leading the La Habra Police Department.

Hostetter is due to appear in federal court in Santa Ana on Thursday. Others are scheduled to appear in court in Riverside. Before becoming chief in La Habra, he was deputy chief in Fontana.

“My understanding is that he did not enter the Capitol,” Hostetter’s attorney, Bilal A. Essayli, said in a phone interview. “We are very concerned that the government is charging him with multiple felonies.”

This story is developing. Check back for updates.

Capitol Police officer: ‘When will I be free and whole again?’

Trump reportedly more obsessed with 2020 election than ever