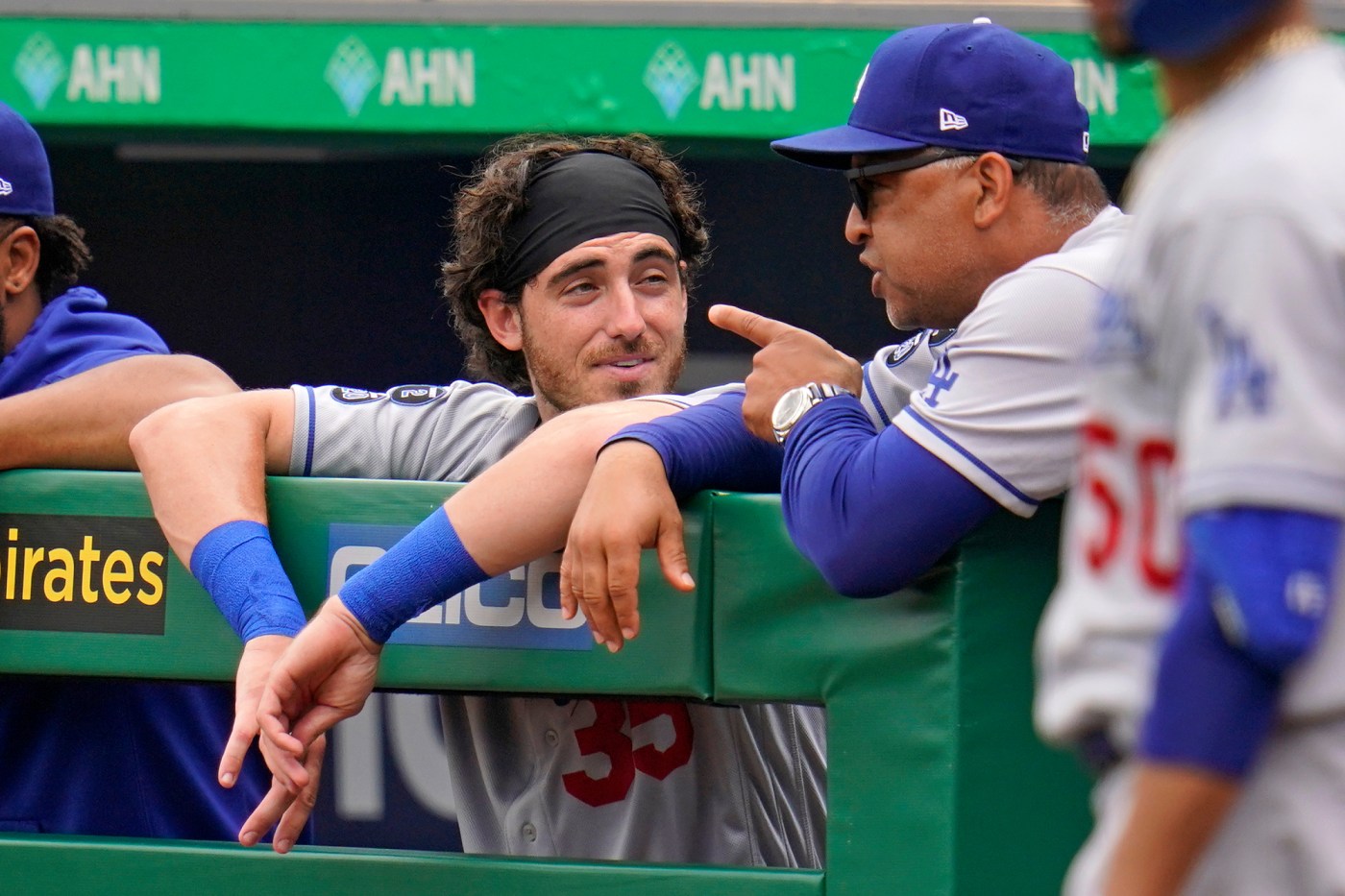 Dodgers manager Dave Roberts likes to predict nothing but the best for his players. So, not surprisingly, he forecasts good times ahead for Cody Bellinger.

Bellinger is just “one good series away from everything lining up,” Roberts said.

There have been moments – like a six-RBI inning against the St. Louis Cardinals last week – but it hasn’t lined up yet for Bellinger, who has yet to produce offensively since returning from his leg injury.

After a 2-for-5 day Thursday, Bellinger has still gone only 8 for 40 (.200) with just one extra-base hit (his grand slam in that 11-run explosion against the Cardinals) and 14 strikeouts in his first 11 games since returning from the Injured List.

Roberts praised Bellinger for “staying in the strike zone” while trying to find his way and predicted “all the hits and the slug – I do believe that’ll come.”

“He’s just missing pitches, I think, that he can and will handle here shortly. But I think Cody’s close,” Roberts said.

“It’s not to make any excuses but his presence in the lineup is very important. His presence in center field is very important to us. It was a shorter rehab assignment (just five games after being out for seven weeks). We recalled him because of a certain need, obviously and he makes our club better. He’ll get at-bats and he’ll perform. I’m not worried about that at all.”

In the meantime, Roberts said he has encouraged Bellinger to “take each at-bat individually, don’t look at the scoreboard” for his statistics.” That can be easier said than done.

“It’s not easy,” Roberts said. “I think that most players would probably say they don’t pay attention but they do. I think to get that out of your head and just to focus on each game, each at-bat – it’ll be there. He’s just so talented and I think he’s seeing the baseball really well. I think mechanically, he’s in a really good spot, and I really see him taking off, and it’s going to be fun to watch.”

Albert Pujols was given a job by the Dodgers. And he’s doing it.

The Dodgers made the unexpected move of signing Pujols after his release by the Angels because they thought he could still hit lefties. So far, they were right.

In his first 17 games with the Dodgers, Pujols has gone a miserable 1 for 20 (.050) with one home run and three RBI against right-handed pitching – but 12 for 32 (.375) with three home runs and nine RBI against left-handers.

“I think he’s given us good at-bats. He doesn’t throw away at-bats,” Roberts said. “I think the lazy way to look at it is as far as production. But I think if you look within the at-bats and what he does, the presence on the bench when he’s not starting to give that left-hander (in the lineup) a third at-bat or to take a quality at-bat, that’s a lot of value. It’s still an adjustment for him as far as not starting a …read more