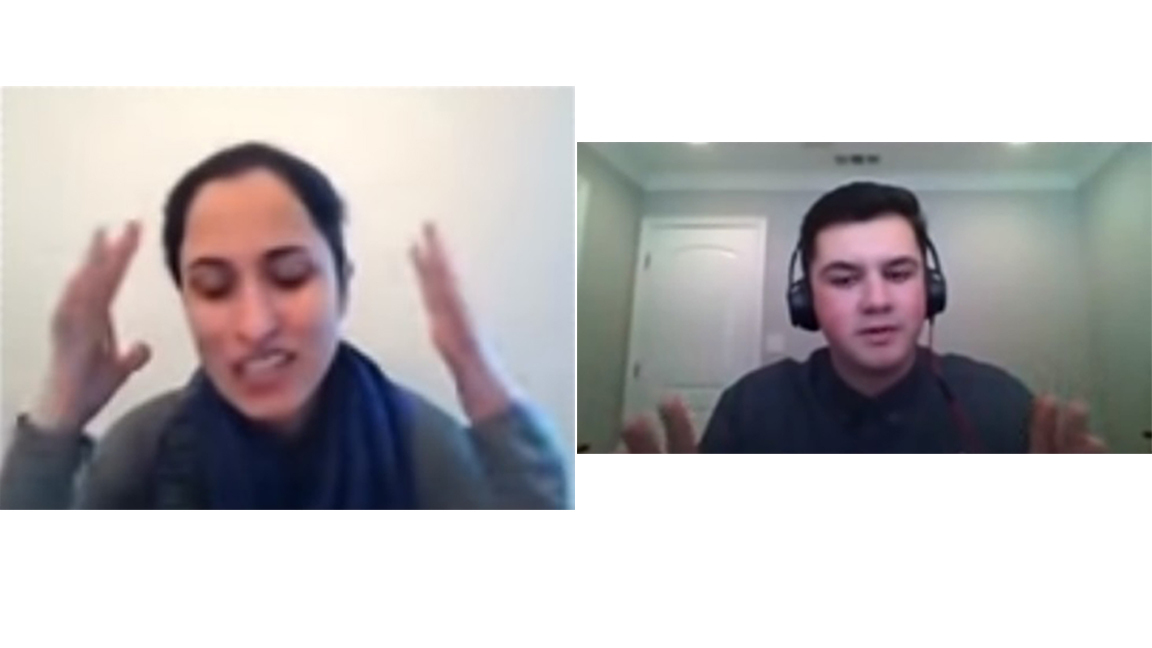 An adjunct professor at Cypress College took a leave of absence after she was seen interrupting a student who referred to police as heroes and prevented him from responding to her criticism during a recorded online class session.

The student, Braden Ellis, 19, of Cypress was making a presentation on the term “cancel culture” to his Communications 100C class when the exchange took place during a recorded Zoom meeting that has since gone viral. The instructor involved in the matter will be absent from her position “for the duration of her assignment at Cypress College,” school officials wrote in a statement Friday, April 30.

“Any efforts to suppress free and respectful expression on our campus will not be tolerated,” Cypress College officials said in the statement. The college also said this was her first course at the college and she had previously indicated her intention to not return in the fall.

WATCH: A student at Cypress College in California was berated by his professor for arguing that police are heroes and belong on children’s shows. pic.twitter.com/FSu4J2YxwK

The instructor of Ellis’s class critiques his support for the portrayal of law enforcement in the media as heroes during the Zoom call recorded Wednesday, April 28. She goes on to disrupt him multiple times as he attempts to respond.

The student persisted in defending law enforcement, but did concede that not all police are heroes and some have committed crimes. He attempts to follow up on that point, but is unable to continue as the adjunct professor speaks over him.

Fire at Concord residence sends black smoke high above I-680

“A lot of police officers have committed atrocious crimes and gotten away with it and have never been convicted of it,” the teacher said in the recording. “And I say this as a person who has family members who are police officers,” she continues just as Ellis opens his mouth to speak.

The teacher’s identity was not made public over the weekend and efforts to locate her for comment were not immediately successful. The class she was teaching was her first course at that campus as an adjunct professor.

Ellis declined to name his instructor during an interview with the Southern California News Group. He said he did not support anyone who was calling for her termination or making threats against her after the recording began circulating in the media. He was aware of the potential irony of opponents of so-called “cancel culture” demanding that the school fire someone based on their political views.

“I’m a student, that means I’m not going to bag on her,” Ellis said. “She has authority, and that means I give her respect. But it would be nice to get it back, and I would always hear her out.

He described the teacher of his communication class as “a little rude,” and said she had a habit of cutting students off when they spoke during class. She did so to people expressing both conservative and liberal views, Ellis said.

“I don’t think she had anything against me personally, …read more

(Visited 1 times, 1 visits today)
BTS Feeling "Dynamite" at 2021 GRAMMY Awards
I'm a financial planner, and there are 5 pieces of money advice no one ever wants to hear from me