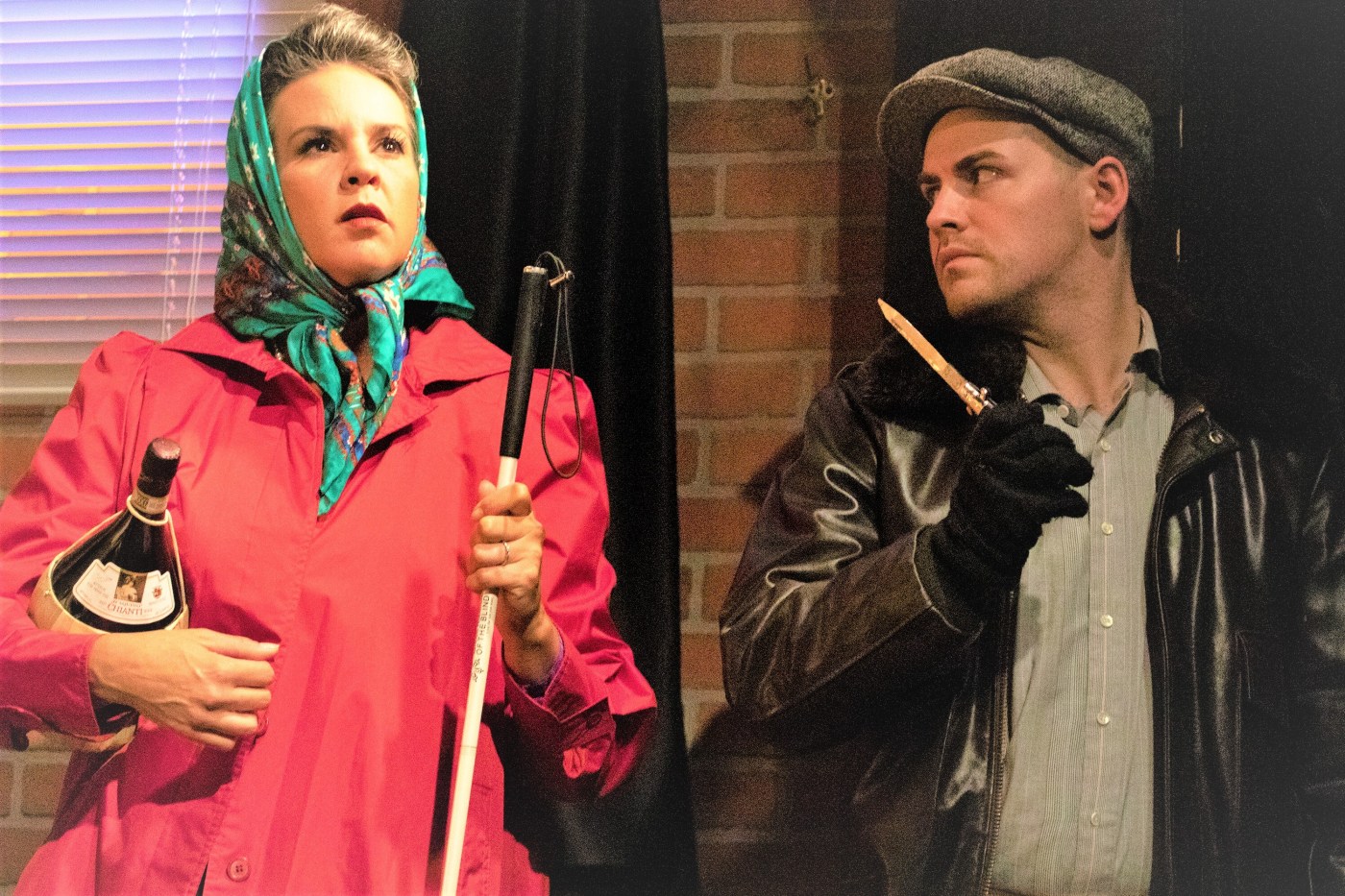 Plotline Theater Company’s Randy Anger doesn’t play it safe. The director, actor and musician likes a challenge and has once again found one in his current show. “Wait Until Dark,” written by Frederik Knott and adapted by Jeffrey Hatcher runs through Oct. 2 at the Martinez Campbell Theatre.

You might remember the 1967 movie with Audrey Hepburn, Alan Arkin and Richard Crenna. Director Terence Young created all the fear and tension necessary to tell the story of a blind girl terrorized by three thugs searching for a doll stuffed with heroin that they believe is hidden in her apartment.

On a film set, the cast and crew can do multiple takes and edit together the best shots, but they just get one chance to do it right on a stage with an audience. Anger and his talented cast don’t disappoint.

Lauren Kelley (Susan Hendrix) nicely conveys her character’s fear, helplessness and then determination. While her character is obviously blind, she projects a steely resolve to do whatever it takes to survive.

Kieran Cross (Harry Roat) once again creates a multidimensional character with plenty of charm and intelligence to go along with his ruthlessness as Susan’s crazed nemesis. Rounding out the trio of bad guys are Bill Dietz (Mike Talman) and Craig Anderson (Carlino). Both fashion nice-guy images to con Susan into trusting them with Justin Hernandez deftly portraying Susan’s hard-working husband, Sam.

Completing the clever cast is 11-year-old Journi Copes Harvey (Gloria). Sam has hired Gloria to help Susan around the apartment when he’s gone. Although Gloria is less than helpful in the beginning, she comes through when Susan’s life is in danger.

Given the suspense that must be created in this show, the cast needs the help of a good set designer and crew. Luckily, they had both with Diane McRice working her usual set design magic, Sandra Gardner on costumes and Todd Drummond and Dave Pursley designing the all-important lighting effects run expertly by Annie Jarrett. For reservations, go to campbelltheater.com. The theater is at 636 Ward St. in Martinez.

The company tours throughout the Bay Area, including performances Oct. 7-8 in …read more