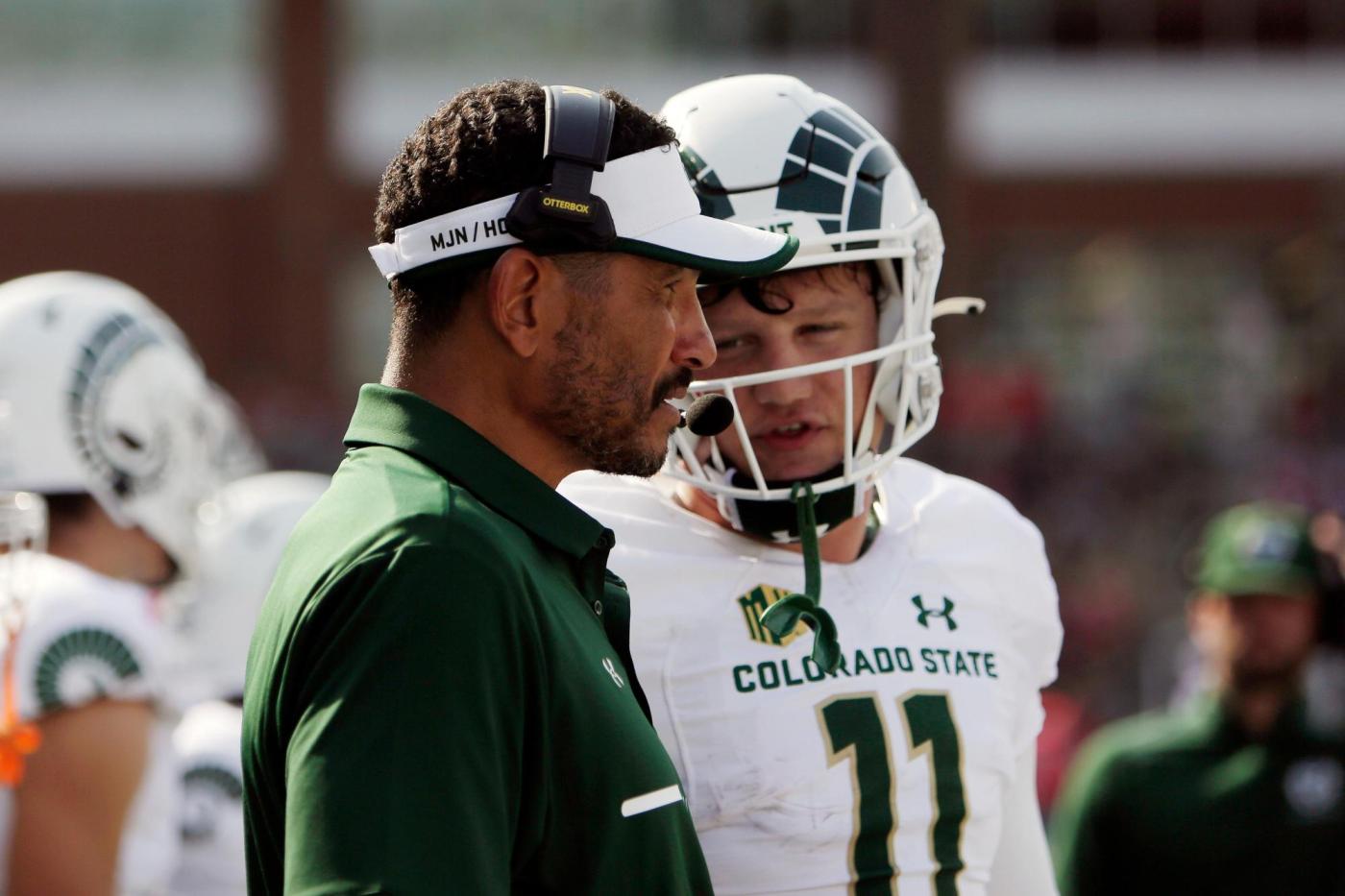 Another exit. For the second straight week, the CSU receiver room saw a player enter the transfer portal. This time it was senior Melquan Stovall, who, unlike the since-departed senior Dante Wright, actually had a hand in the Rams’ offense this season with 13 catches for 106 yards. Another loss surely does not help quarterback Clay Millen, who can only throw the ball to Tory Horton so many times.

Avoiding double digits. The Rams enter Saturday riding a nine-game losing streak that dates back to the infamous no-spike, end-of-game debacle at Utah State on Oct. 22, 2021. That loss was the beginning of the end for coach Steve Addazio. A loss Saturday would net CSU’s first 0-4 start to a season since 2007 — the last year of the Sonny Lubick era.

No push-over. As the betting line indicates, this is no ordinary FCS program. The Hornets have won two straight Big Sky Conference titles and enter the game ranked No. 6 in the AFCA FCS coaches poll. A two-QB system featuring pocket passer Jake Dunniway and dual threat Asher O’Hara offers a challenge for a scuffling CSU defense. With a 2-2 record in their last four games against FCS competition, the Rams cannot afford to take anyone lightly.

Orange out. For the 12th time since the tradition began in 2010, CSU will celebrate Ag Day with an Orange Out at Canvas Stadium. The Rams are 8-3 in such games, but have lost three straight since the 2018 season. That includes last year’s loss to Vanderbilt, which saw Daz’s Rams squander a two-touchdown lead.

CSU O-line vs. Sac State pass rush. Clay Millen has been sacked an FBS-high 23 times through three games, with center Jacob Gardner’s move back to left tackle vs. Washington State doing little to solve the Rams’ protection problems (Millen was sacked seven times). Until the Rams figure out a way to consistently protect their QB, this remains the dominant storyline of CSU’s season.

CSU LBs vs. Sac State RB Cameron Skattebo. The Hornets have a pair of versatile backs in Skattebo and Marcus Fulcher, with the duo combining for 14 receptions for 105 yards in last week’s win at Northern Iowa. The Rams must keep tabs on them at all times — especially Skattebo, who’s averaging 12.03 yards per touch (and 12.5 per carry).