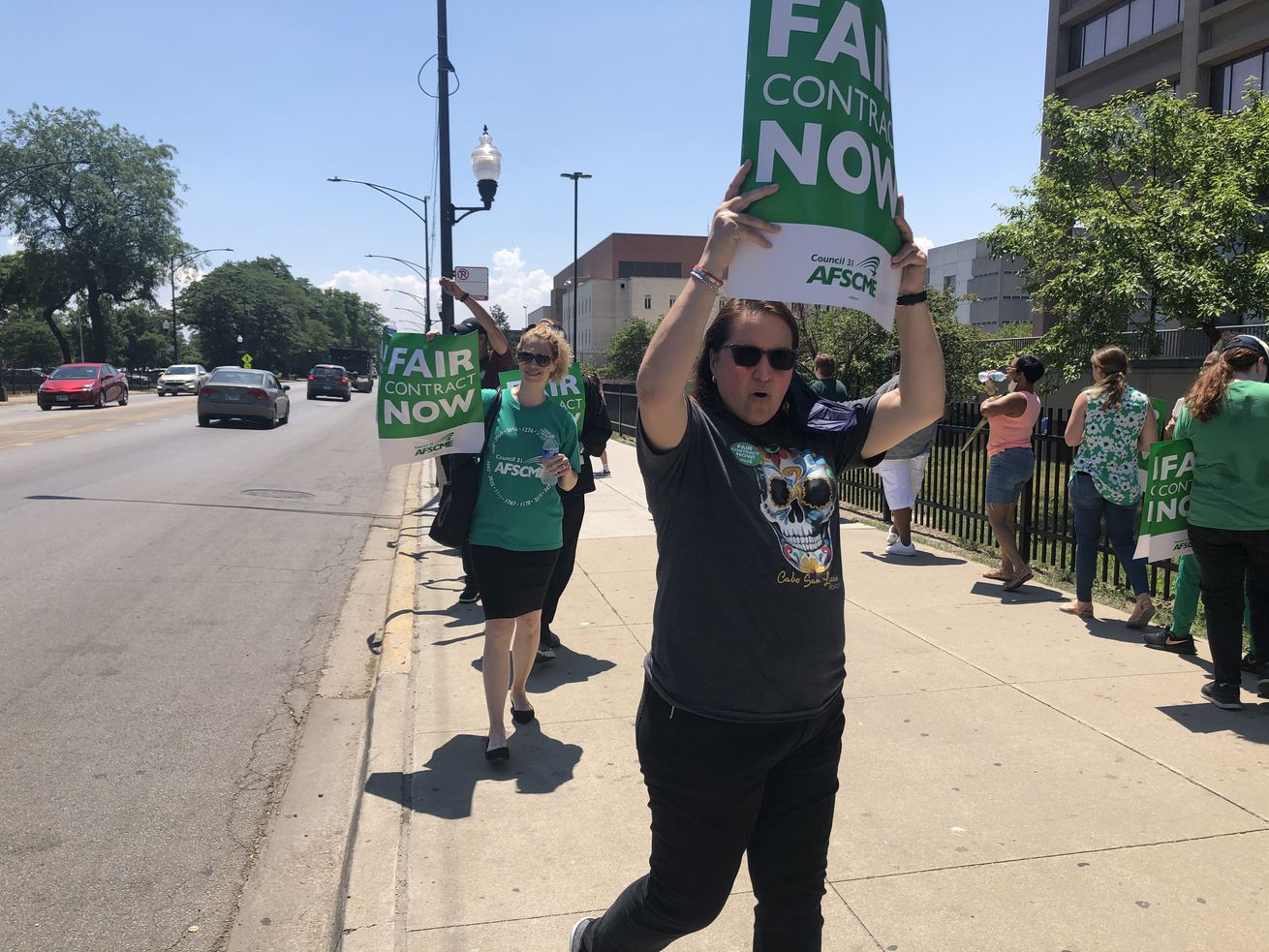 Several dozen Cook County workers took to the streets Thursday to protest what they say is a meager pay increase offer from their employer — and one all but erased by a demand to pay higher health insurance premiums.

“We’re not saying we don’t want to pay for health care, but we’re not looking for a Jedi mind trick where you give us a raise on this side but then you take it back with the health care,” said Claudia Martin, an adult probation officer and one of about two dozen people demonstrating outside the George N. Leighton Criminal Courthouse on Thursday. “The economy is starting to do better after COVID, prices are rising for food and people have to earn a living wage to take care of their families.”

Workers and their unions say they have been negotiating with Cook County for eight months — since their contract expired near the end of 2020 — and that those negotiations have reached a standstill. The county is offering about a 1% raise for each of the four years of the contract but is also asking employees to double the percentage they pay toward monthly insurance premiums, workers say. The contract would affect about 4,000 county employees from clerical staff to probation officers to public defenders.

Cook County officials were not immediately available for comment.

“Fortunately, revenues are higher than expected thanks to President Biden and the U.S. Congress. We have the American Rescue Plan that provided the county with more than making up for all the revenue that it lost,” Newman said. “So the county is actually in pretty good shape financially.”

The pickets Thursday were the first public demonstration about the contract.

The next bargaining session is set for June 15, Newman said.