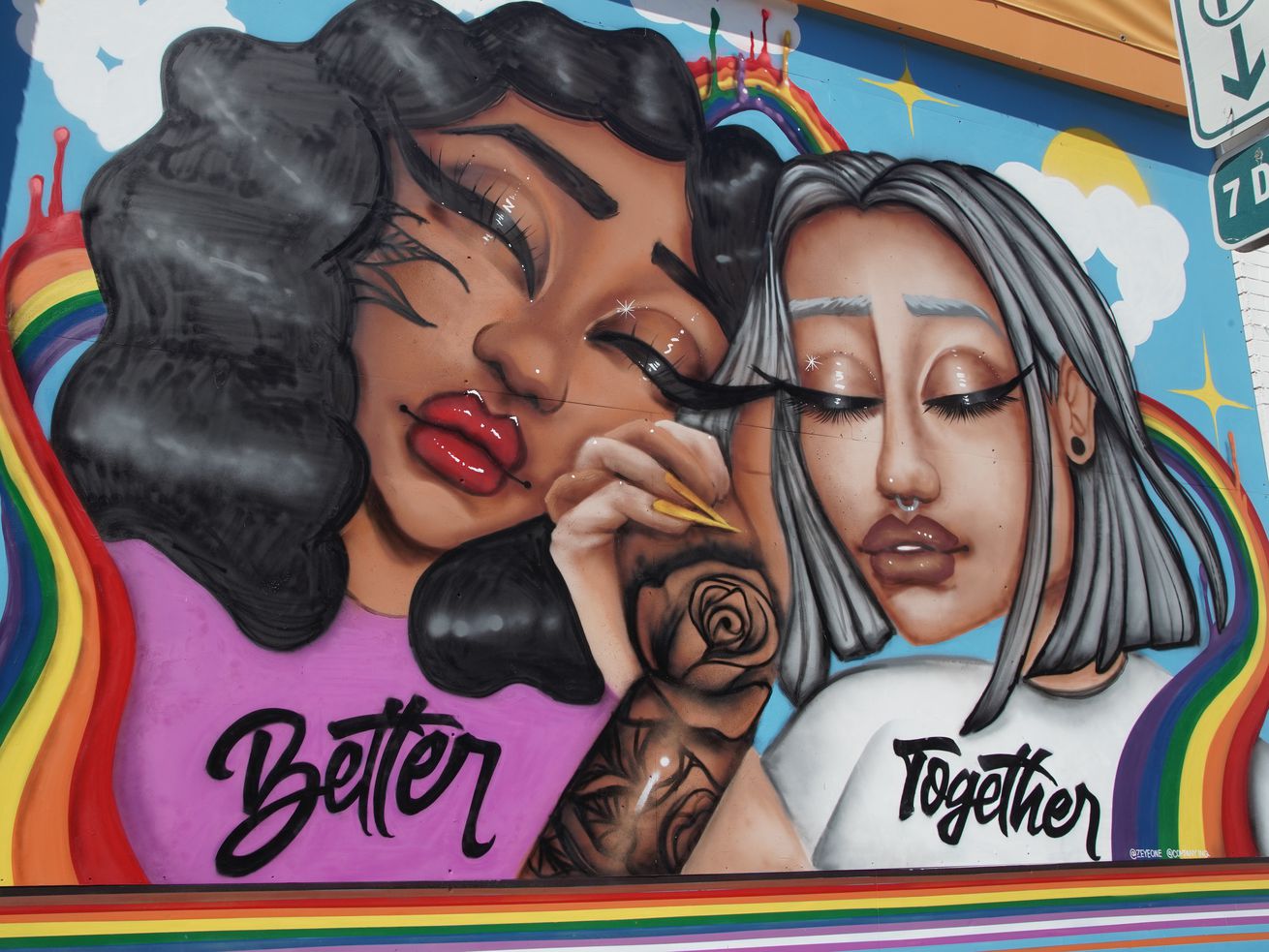 Zeye One, a Mexican American queer tattoo artist, said the mural was an ode to the city’s diversity and inspired by those who come together to celebrate their differences.

‘Love always wins,’ ‘Chicago together,’ and ‘proud ally,’ were some of the messages written on a new community mural unveiled Thursday in Wrigleyville to spread some happiness during Pride month.

Zeye One, a Mexican American queer tattoo artist, said the mural was an ode to the city’s diversity and inspired by those who come together to celebrate their differences.

Though interrupted by rainy weather, it took the Chicago-based artist two and a half days and a half to complete the mural, working from 9 a.m. to 8 p.m. daily.

“I painted nonstop, my hands were literally numb after I got home. But I don’t mind, I love what I do so much,” Zeye One said.

State Sen. Sara Feigenholtz was first to sign the mural. “This is a really important time. June is Pride month, and we celebrate in this community every single day,” Feigenholtz said.

The mural will stay at 3524 N. Clark St. until the end of June so pedestrians can grab a colored marker and share some uplifting messages on the mural’s bottom blue section.

In early July, it will be donated to the Center on Halsted, the LGBTQ community center, and installed in the third floor reception area.

“There’s so much love to give in Chicago and it doesn’t really matter who you are, it’s that we have to come together as a community and be supportive of each other,” said Kiana Chan, a commercial strategy analyst at Cresco Labs, who wrote “One Love” on the mural.

Cresco Labs’ Good News cannabis brand commissioned the mural. Good News will donate $5 to the Center on Halsted for each message written on the mural up to $15,000.

Modesto “Tico” Valle, the Center’s CEO, said the donation will go toward the center’s Open Gym Program that serves as a community space for recreational sports and gatherings.

“They are supporting our community programs and our health and wellness around gymnasiums, sports, basketball, volleyball [and] hockey,” Valle said.