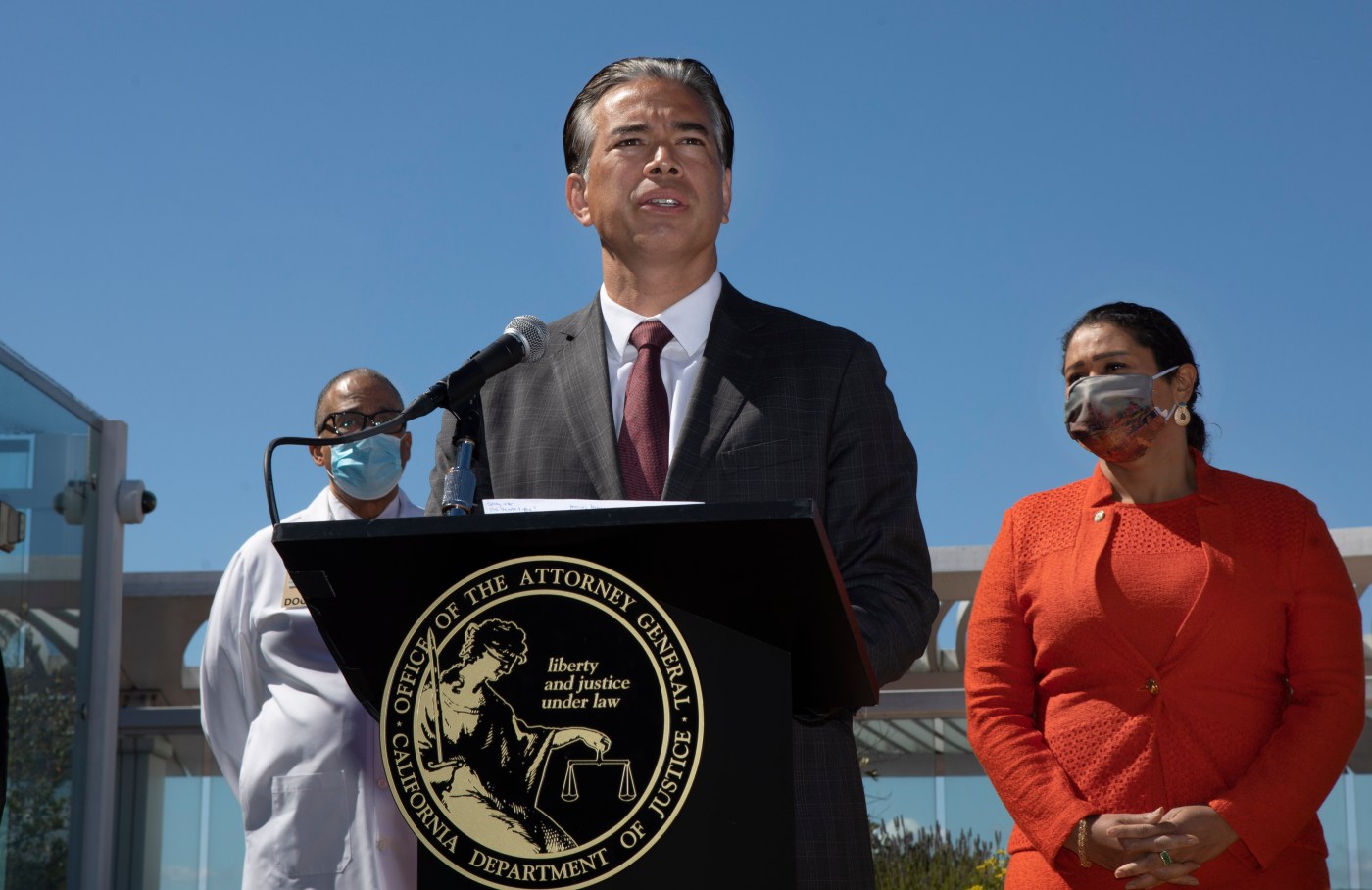 SAN FRANCISCO — The state has formally appealed a court ruling last Friday that overturned California’s longstanding ban on assault weapons, marking the next step of a legal battle that could eventually reach the Supreme Court.

Speaking from a news conference at Zuckerberg San Francisco General Hospital and Trauma Center alongside the governor and mayor, Attorney General Rob Bonta referenced last month’s mass shooting at a San Jose VTA yard that left nine dead as evidence that “no one law” can stop mass shootings — but pledged to fight the controversial ruling nonetheless.

His brief appeal is now on file in the U.S. Court of Appeals for the Ninth Circuit.

“In many ways the opinion was disturbing and troubling,” Bonta said, “but we cannot be, and we are not, deterred by this ruling.”

On Friday, which was National Gun Violence Awareness Day, U.S. District Judge Roger Benitez of San Diego ruled that the state’s 32-year ban on military-style rifles is unconstitutional and prevents Californians from using common weapons allowed in most states.

The judge issued a permanent injunction against enforcement of the law, but stayed his own ruling for 30 days to give Bonta time to appeal. Bonta will in turn ask the Ninth Circuit to stay his appeal so that California’s current ban on assault weapons remains in effect while the case makes its way through the court system, he said Thursday.

Benitez’s ruling spawned immediate backlash not only for its potential impact, but also its framing of assault weapons as garden-variety self-defense tools and an opening line that likened an AR-15 rifle to a Swiss Army knife.

Rep. Steve Cohen says judging by Marjorie Taylor Greene's press conference she 'didn't learn a lot' about the Holocaust, after she apologized for previous remarks

It was that comparison that prompted Dr. Andre Campbell, a trauma surgeon at SF General, to pull out a pocket knife during the press conference and hold it up to the light. Assault weapons like AR-15s, he said, cause damage to human bodies akin to “a bomb going off.”

“This is not a weapon of mass destruction,” he said of the pocket knife.

Gov. Gavin Newsom likewise railed against Benitez as a “wholly owned subsidiary” of the gun lobby whose decisions could be ripped from opinion pages of a gun magazine.

California is already appealing two other cases stemming from Benitez’s decisions. In 2017, the judge ruled against the state’s longstanding ban the high-capacity magazines holding more than 10 bullets, and last spring blocked a new law requiring background checks for anyone buying ammunition.

In accusing gun lobbyists of funneling cases through Benitez, the governor appeared to allude to an obscure rule that lets cases with similar legal questions to be given to the same judge. In San Diego, however, there is no process to challenge those assignments, according to gun experts.

“We need to call this judge out,” Newsom said.

When asked to assess how well California’s gun control laws have fared in the first place — given that shooters behind massacres in Gilroy, San Bernardino and San Jose have sometimes used pistols as well as assault weapons — state officials said that they’re hamstrung in completely preventing shootings given …read more