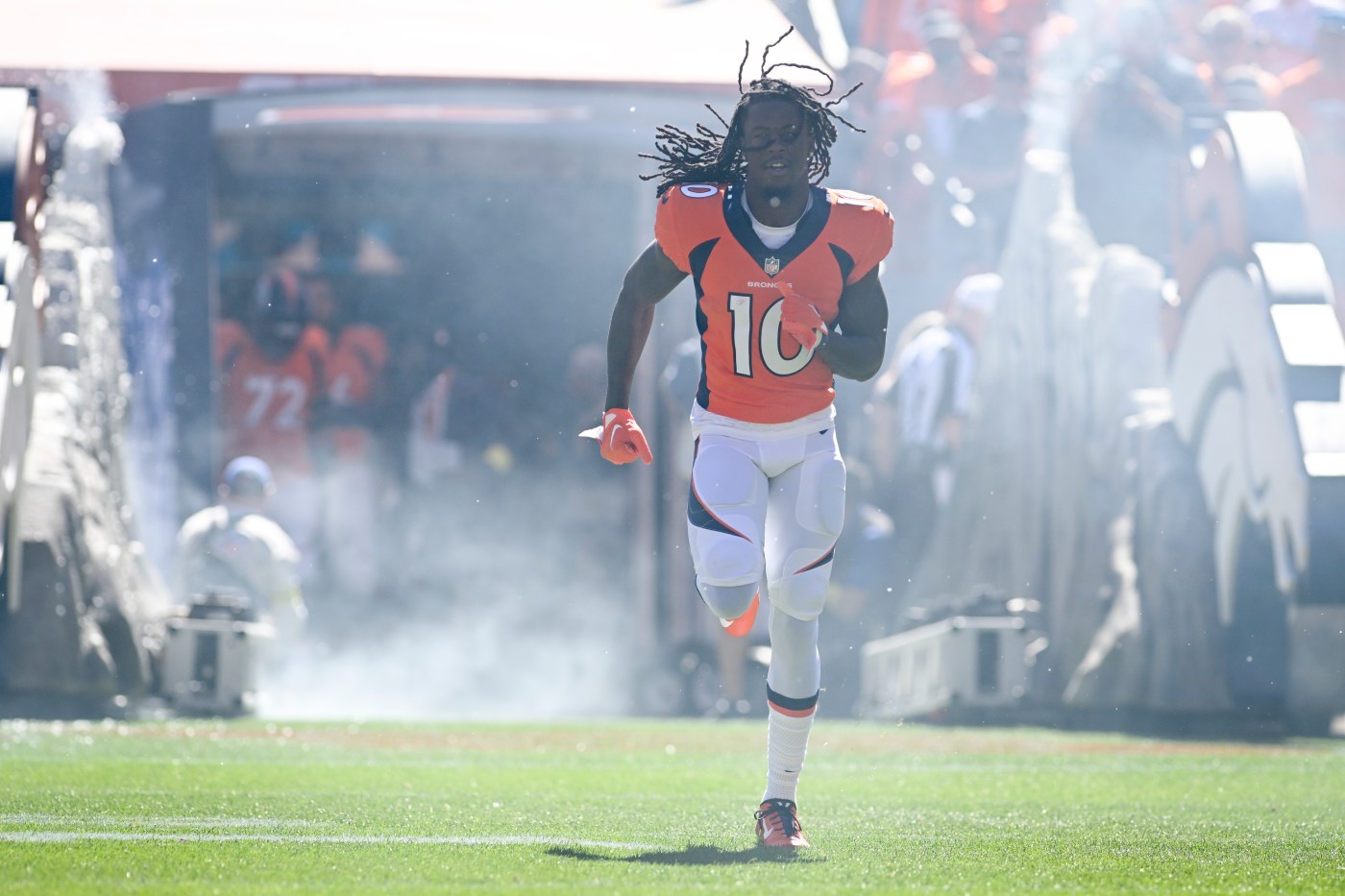 The Broncos are hurting heading into their Week 3 primetime showdown against San Francisco, as Denver has 10 players listed as questionable for Sunday’s game.

On the plus side, the majority of those listed as questionable will likely play, including receivers Jerry Jeudy (ribs) and KJ Hamler (groin/knee/hip), inside linebacker Josey Jewell (calf), right tackle Billy Turner (knee) and cornerback Pat Surtain (shoulder).

Jeudy, who was hurt in the first quarter of last week’s win over Houston, wants to “pick up where I left off.”

“I did a lot of soft tissue work this week, and other treatment to get me feeling good,” Jeudy said. “(The injury) was mostly on my ribs and a little on my shoulder. I feel really good (to play), so whatever they have me doing, I’m with it.”

After four catches for 102 yards and a touchdown against Seattle in the opener, Jeudy had one catch for 11 yards before getting hurt against the Texans. He currently ranks 105th in receptions, 42nd in yards and tied-20th in touchdowns., far below his goal of leading the NFL in all receiving categories.

“It’s a long season, so I believe that goal can be accomplished,” Jeudy said. “Injuries happen, so I can’t think about that or worry about that. I’m just focusing on getting better each game and doing what I can to help the team win.”

Defensive end Dre’Mont Jones (neck), receiver Tyrie Cleveland (hamstring) and outside linebacker Jonathon Cooper (hamstring) did not practice Friday. Most concerning is Jones’ status, as he is a pillar of the Denver defensive line and is coming off a two-sack game against Houston.

Hurricane Ian is growing stronger as it heads toward Florida

Right guard Quinn Meinerz (hamstring) and nose tackle Mike Purcell (elbow) are also questionable, though Purcell was a full participant in Friday’s practice. Meinerz, who was injured Week 1 in Seattle, will again be spelled by veteran Graham Glasgow if Meinerz can’t go.

“Kittle’s a beast,” Broncos head coach Nathaniel Hackett said. “He’s one of those guys where you have to understand he’s going to get his catches. It’s about the run after the catch for us. We have to make sure we tackle really well on him.”