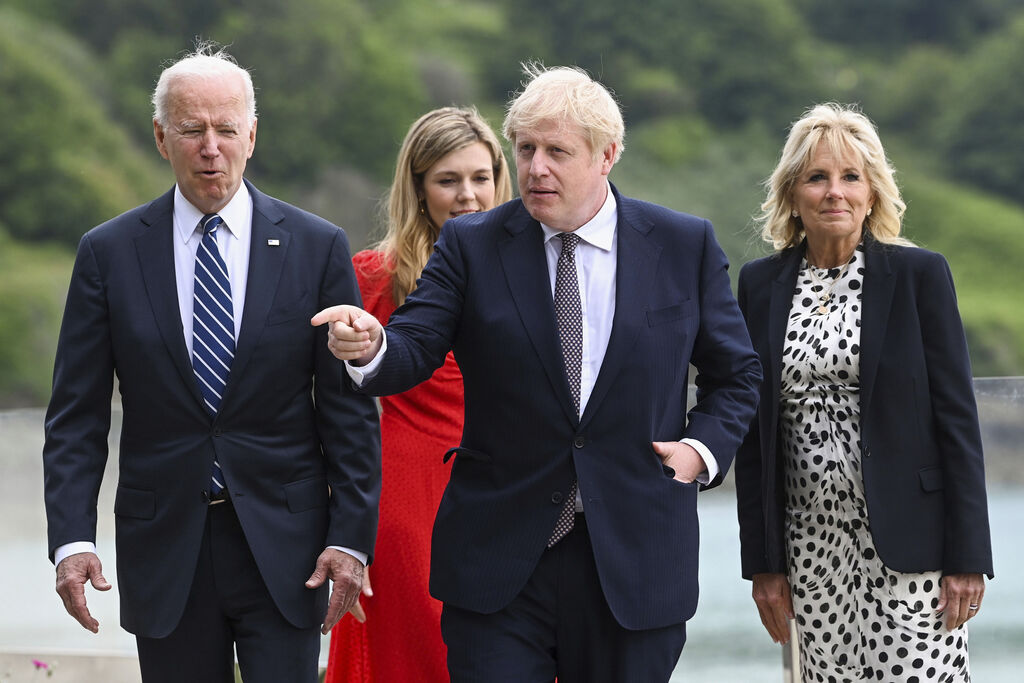 ST. IVES, England — President Joe Biden urged global leaders Thursday to join him in sharing coronavirus vaccines with struggling nations around the world after he promised the U.S. would donate 500 million doses to help speed the pandemic’s end and bolster the strategic position of the world’s wealthiest democracies.

Speaking in England before a summit of the Group of Seven world leaders, Biden announced the U.S. commitment to vaccine sharing, which comes on top of 80 million doses he has already pledged by the end of the month. He argued it was in both America’s interests and the world’s to make vaccination widely and speedily available everywhere.

“We’re going to help lead the world out of this pandemic working alongside our global partners,” Biden said. He added that on Friday the G-7 nations would join the U.S. in outlining their vaccine donation commitments.

British Prime Minister Boris Johnson wrote in The Times of London newspaper that it was now time for wealthy countries to “shoulder their responsibilities” and “vaccinate the world.” His country has yet to send any doses abroad or announce a solid plan to share vaccines. Johnson indicated Britain had millions of doses in surplus stocks.

French President Emmanuel Macron welcomed the U.S. commitment and said Europe should do the same.

“I think the European Union needs to have at least the same level of ambition as the United States” and be able to make a similar announcement, he said at a news conference.

GOP Rep. Tom Rice says he voted for Trump's impeachment because 'what he did in my mind is what dictators do'

Biden said the U.S. was sharing its doses “with no strings attached” or “pressure for favors.”

“We’re doing this to save lives, to end this pandemic, and that’s it,” he said.

Biden had faced mounting pressure to outline his global vaccine sharing plan, especially as inequities in supply around the world have become more pronounced and the demand for shots in the U.S. has dropped precipitously in recent weeks.

“In times of trouble, Americans reach out to offer help,” Biden said, adding that the U.S. doses would “supercharge” the global vaccination campaign. “Our values call on us to do everything that we can to vaccinate the world against COVID-19.”

The U.S. commitment is to buy and donate 500 million Pfizer doses for distribution through the global COVAX alliance to 92 lower-income countries and the African Union, bringing the first steady supply of mRNA vaccine to the countries that need it most. A price tag for the 500 million doses was not released, but the U.S. is now set to be COVAX’s largest vaccine donor in addition to its single largest funder with a $4 billion commitment.

The global alliance has thus far distributed just 81 million doses and parts of the world, particularly in Africa, remain vaccine deserts. White House officials hope the ramped-up distribution program can be the latest example of a theme Biden plans to hit frequently during his week in Europe: that Western democracies, and not rising authoritarian states, can deliver the most good for the world.