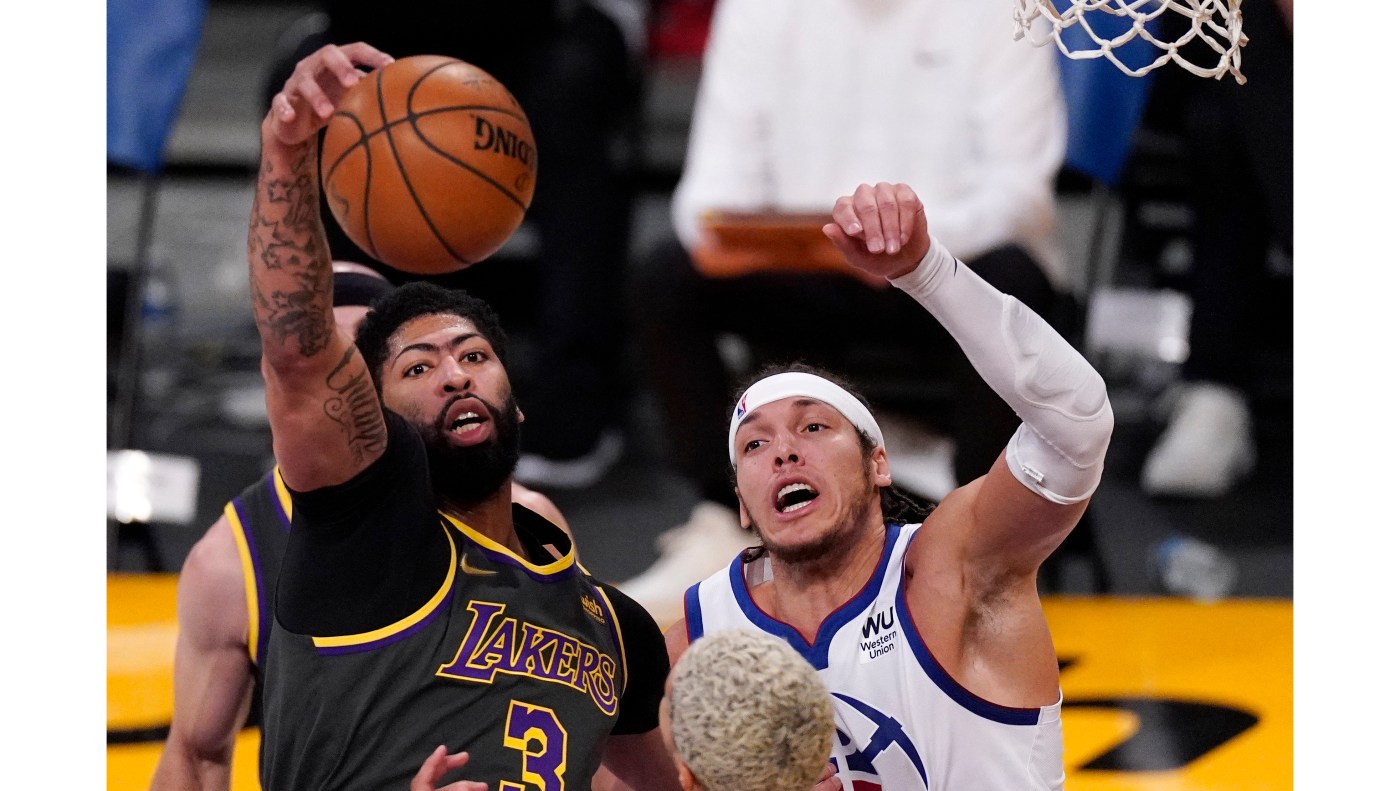 LOS ANGELES — The best wines are stored away, left to become fermented and complex, and dusted off at just the right time.

Perhaps there was something to that for Marc Gasol and Wesley Matthews on Monday night, playing the most minutes they’ve seen in weeks, but surely they’d like a little more time off the shelf.

The veterans helped galvanize a fourth-quarter run that turned a challenging on-paper matchup against the MVP favorite and his Denver Nuggets into a rousing success for the Lakers. Without LeBron James and Dennis Schröder, the Lakers still found a way to hold off the visitors, 93-89, despite Nikola Jokic’s 32 points in a rematch of last fall’s Western Conference finals on Monday night at Staples Center.

It was also a big step up for Anthony Davis (25 points), after two weeks of tentative play since his return from a right calf strain that cost him two months. Charging toward the rim more with an eye to finish, Davis looked aggressive and scored a decisive basket with 41.8 seconds left to give the Lakers a four-point lead.

And while Davis authored Denver heartbreak with a 3-pointer once upon a time, on Monday night it was with a blocked shot – he swatted pint-size Nuggets point guard Facu Campazzo’s long 3-point attempt with 7.5 seconds left and recovered it to keep them from having a chance to even the odds.

The Lakers, who led by 14 points midway through the fourth quarter before the Nuggets got within 89-87 late, needed a win as badly as they have at any point this season, having lost six of their previous seven games.

But Gasol (10 points, seven rebounds) was a splash of something new as the Lakers have played “in mud” as Coach Frank Vogel termed it Sunday night, after his team lost for the sixth time in seven games. And it happened primarily because Andre Drummond, the team’s regular starting center, was mired in foul trouble against Jokic.

It was most telling, however, that Gasol was the trusted hand on Monday night, as the Lakers didn’t score a basket without him on the court for five minutes during the fourth quarter, then put him back in to help close out the game. The Lakers ended up outscoring Denver by a team-best 17 points during his 17 minutes.

Gasol made his first appearance with 2:22 left in the first half and added zip to the team’s pace, and after a go-ahead 3-pointer by Kuzma and a free throw by Kentavious Caldwell-Pope, the Lakers closed the half with a smothering defensive possession that left Denver unable to get a shot before the buzzer.

Vogel clapped his hands emphatically as the possession ended near midcourt, celebrating signs of life from a team that has been lacking them lately.

Gasol also stood out in a stint after Drummond’s fifth foul that swung into the fourth quarter, including a standout sequence that saw him completing a long pass to fellow oft-benched vet Matthews, then knocking down one of his three 3-pointers …read more

The performers admit they're honored to be the first K-pop group nominated at the GRAMMYs and send a special message to their Army fandom. Watch!
Remembering the charms of a woman who loved and supported me like a daughter
SHARES
ShareTweet