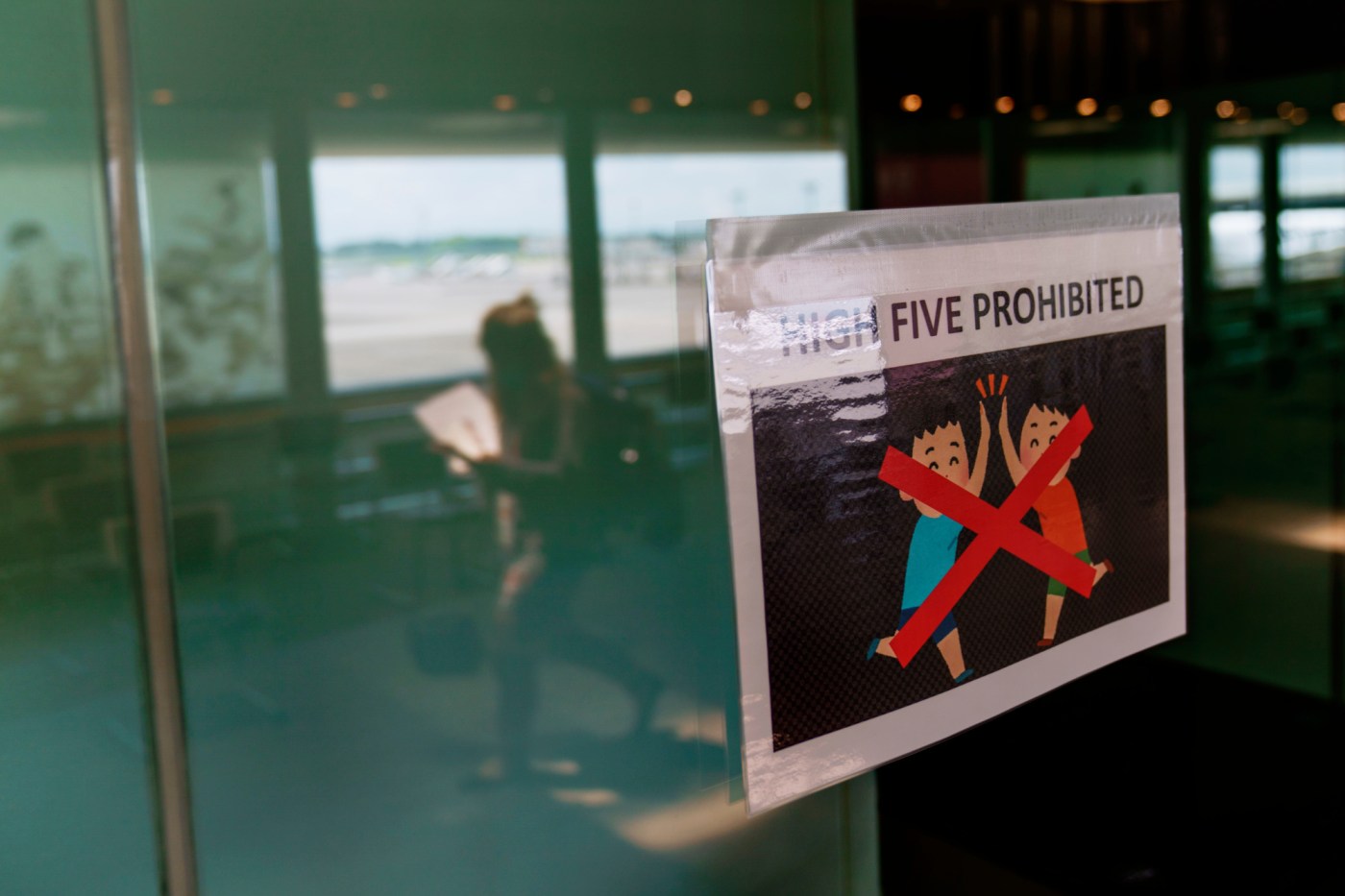 TOKYO — Only a few steps off the jetway, visitors arriving at Narita International Airport are met with a sign showing two people high fiving each other with a red circle and bar through the image.

As much as anything, the warning sums up the overwhelming feeling in the host nation for an Olympic Games few in Japan are celebrating.

The first Olympic Games held in a state of emergency because of a pandemic are so unpopular that a government official felt the need this week to tell the Japan Times that Emperor Naruhito would likely avoid using the word “celebrating” or similar terms when he formally declares the Games open at the Opening Ceremony at National Stadium Friday night.

Naruhito was scheduled to meet with International Olympic Committee president Thomas Bach at the Imperial Palace Thursday afternoon in Japan. There would be no eating or drinking involved and the two men would speak to each other from a “sufficient physical distance,” the Imperial Household Agency said in a statement.

Others in Japan, from titans of industry to politicians to Japan’s top medical and scientific minds, seem determined to put even greater distance between themselves and Bach and the Games that, according to the most recent Kyodo News poll, 87 percent of the Japanese public have “concerns” about.

Toyota is pulling its advertising from the Japanese broadcasts of the Games. Keep in mind this is a company that signed on in 2015 to be a top tier IOC sponsor through 2024 in a deal worth a reported $910 million. Toyota’s CEO is skipping the Opening Ceremonies as are the top executives for several other leading Japanese companies. Other companies have also followed Toyota’s lead in pulling their ads from Olympic broadcasts. Another corporate sponsor of the Tokyo Games, Asahi Shimbun, the nation’s second largest newspaper, in a May editorial demanded the cancellation of the Games.

“We cannot think it’s rational to host the Olympics in the city this summer,” the newspaper wrote.

Toyota and the other companies have received little if any criticism for trying to distance themselves from an event that Japanese health officials acknowledged this week had “super spreader” potential even with spectators banned from attending Olympic events.

A month ago, Norio Ohmagari, director of the Disease Control and Prevention Center at Japan’s National Center for Global Health and Medicine, warned, “The virus is rebounding in Tokyo.”

“There’s reason to believe this surge will spread further than the fourth wave,” Ohmagari said.

This week’s surge in coronavirus cases has surpassed even Ohmagari’s worst fears.

Tokyo reported 1,832 new COVID-19 cases Wednesday, nearly three times the number from a week earlier, and the highest number of cases in the city since mid-January. The daily new cases in the host city could top 2,200 by the Games’ second week, health officials predicted.

“The fifth wave (of the virus) is already under way,” Toshio Nakagawa, president of the Japan Medical Association, said during a press conference this week.