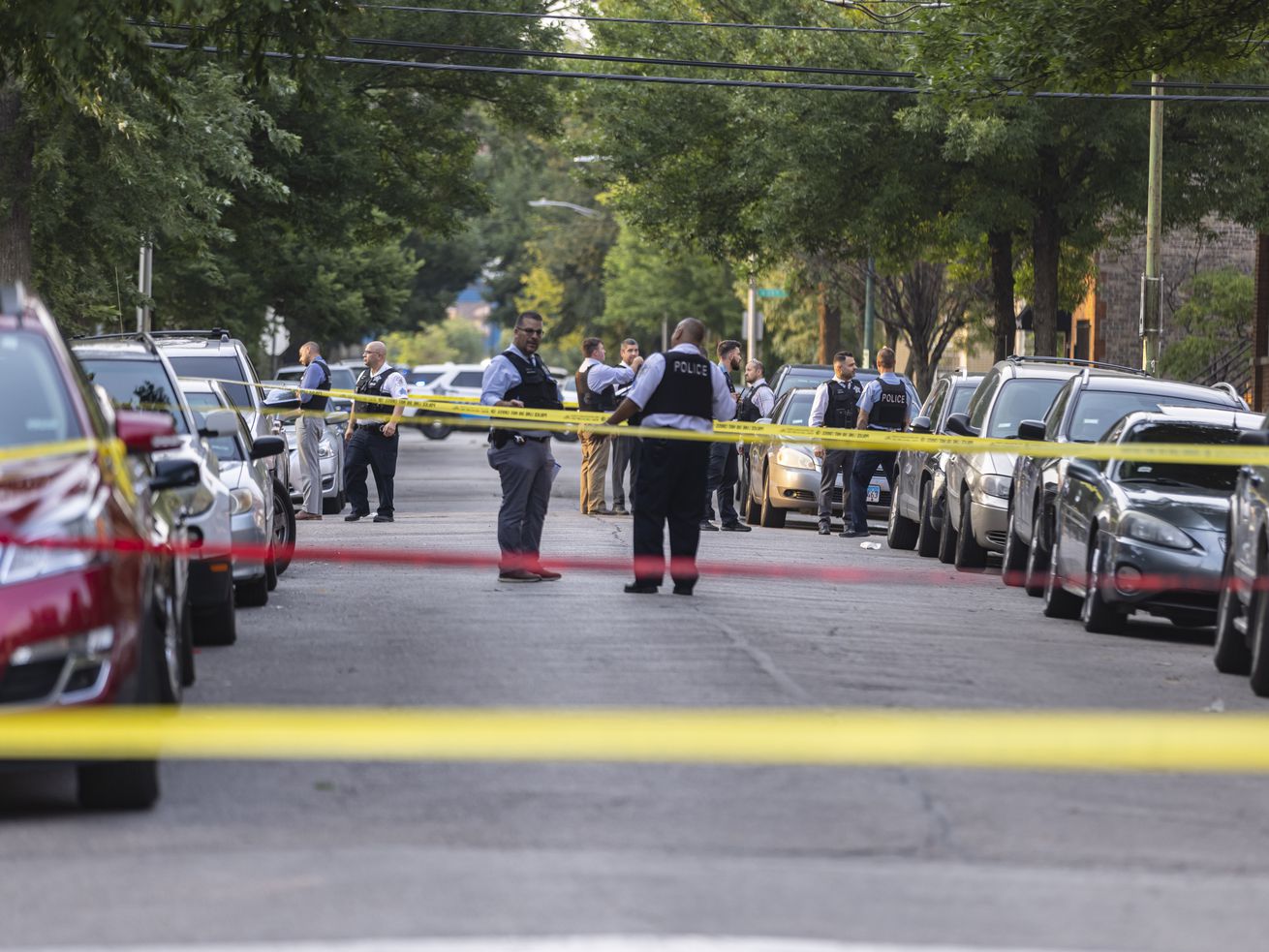 A 14-year-old boy was killed and nine others wounded — including four additional teenagers — in two separate shootings within five minutes and three blocks of each other Wednesday evening in North Lawndale.

About 6:05 p.m., two teenage boys and three men were hurt after someone opened fire at the corner of Douglas Boulevard and Christiana Avenue, Chicago Police Deputy Chief Ernest Cato said.

A 14-year-old boy was shot in the head and was taken to Stroger Hospital, where he was pronounced dead, police said. He hasn’t been identified.

The other teen, 16, was also struck in the head and transported to Mt. Sinai Hospital in grave condition, police said.

Three men were taken to Mt. Sinai Hospital, where they were in stable condition, police said. A 22-year-old was shot in the foot while another, 24, was struck in the leg. A third man, also 24, was shot in the hip.

Anthony Vazquez/Sun-Times
Police tape blocks off a section of the crime scene in front of Theodore Herzl School at the corner of Douglas Boulevard and Ridgeway Avenue in Lawndale on Wednesday, July 21, 2021.

A man, 18, was shot in the upper body and was taken in critical condition to Mt. Sinai Hospital, police said.

Two teenage boys, 15 and 17, were taken to Stroger Hospital in good condition, police said. The 15-year-old was shot in the leg while the other, 17, suffered a graze wound to the back.

At the scene, a vehicle was seen turned on its side, believed to have been the result of someone making a turn at a high rate of speed, according to Cato.

Anthony Vazquez/Sun-Times
A car sits on its side at a crime scene at the corner of Douglas Boulevard and Ridgeway Avenue in Lawndale on Wednesday, July 21, 2021.

Though only three blocks apart, the shootings didn’t appear to be related, Cato said.

Cato pleaded with community members who may have information to come forward.

“We’re going to need an all-hands-on-deck approach, and that approach is going to involve … our community getting involved, and saying what’s going on. Our community who …read more