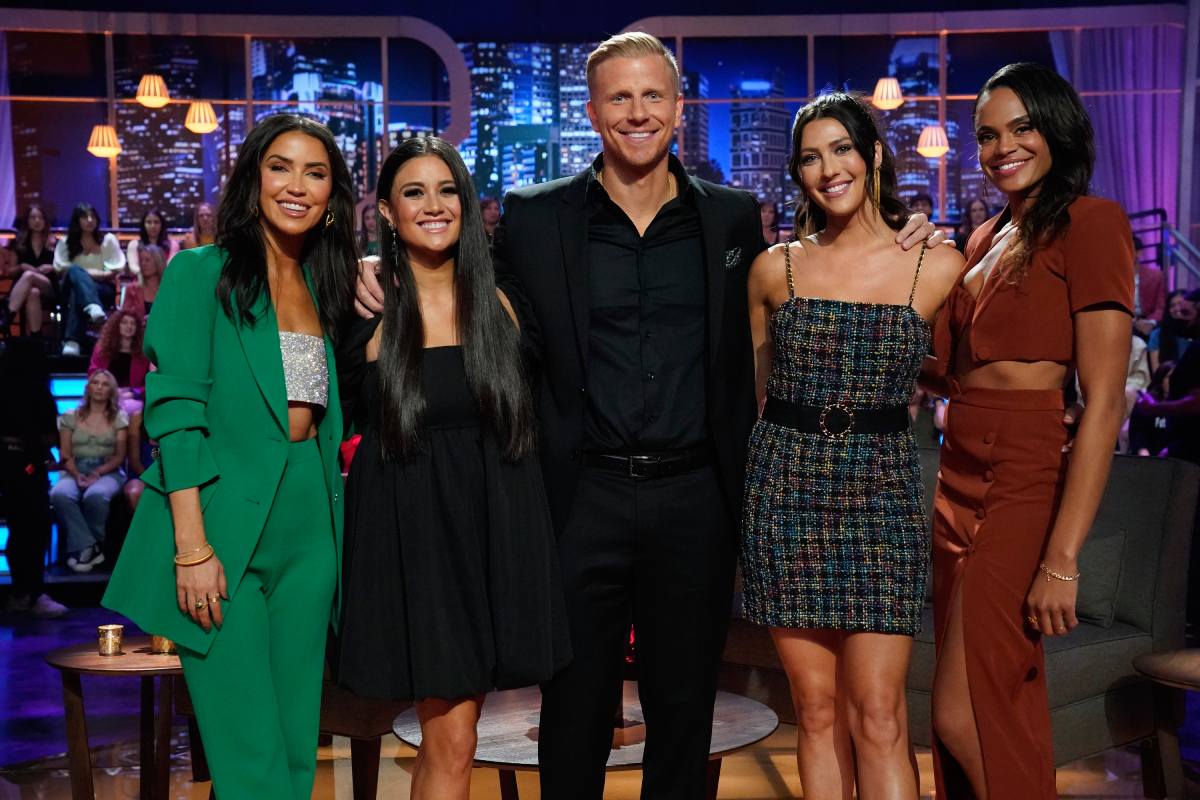 ‘The Bachelorette’ 2022 finale did not address Erich’s Blackface photo

The Bachelorette 2022 finale included the After the Final Rose live special, where Jesse Palmer sat down with Rachel, Gabby, and their final contestants. The live special addressed Rachel and Tino’s messy breakup, where Tino admitted to cheating on Rachel by

The Bachelorette 2022 finale didn’t address all the drama that has come up this season. The final episode showed Rachel and Tino’s dramatic breakup and text messages leaked by an ex-girlfriend of Erich Schwer. However, the finale didn’t address the controversy surrounding an old photo of Erich in Blackface. Kaitlyn Bristowe recently shared her feelings on this.

‘The Bachelorette’ 2022 finale did not address Erich’s Blackface photo

The Bachelorette 2022 finale included the After the Final Rose live special, where Jesse Palmer sat down with Rachel, Gabby, and their final contestants. The live special addressed Rachel and Tino’s messy breakup, where Tino admitted to cheating on Rachel by kissing another girl.

Next, Erich and Gabby sat down on stage. Jesse brought up the recent statement made by Erich’s ex-girlfriend, saying that he broke up with her to go on the show, as well as text messages that she leaked. However, non of them talked about the Blackface controversy surrounding Erich.

‘Sex and the City’s’ Carrie Bradshaw Might Be Selfish, but She Could Also Be Insightful and Kind

Recently, a high school yearbook photo of Erich dressed in Blackface as Jimi Hendrix resurfaced. Though Erich apologized for the photo on his Instagram, the show did not address it.

Kaitlyn Bristowe called out the show for ignoring the Blackface controversy

Some fans of The Bachelorette have responded with outrage that the finale did not address the controversy surrounding Erich’s photo. Former Bachelorette Kaitlyn Bristowe also shared her thoughts on Instagram.

“The show, Erich and Gabby had a real opportunity to use their voice and acknowledge Blackface. I don’t think we needed to read texts from his ex or set up a fake mansion for Zach. I think we needed to continue to evolve and show up with that many people watching,” she wrote.

“Michelle, myself, and Becca were all under the impression this would be addressed,” she continued. “It wasn’t, and that’s not ok. Am I happy for them being happy? 10000%. I’m always rooting for love. I hope we hear more from them on this.”

At the end of her post, Kaitlyn added, “This show has given me so much. I am so grateful, yet I still want to hold people accountable. Please, Bachelor Nation, listen to voices that need to be heard. That deserve to be heard.”

“I don’t want to speak for Michelle [Young], but I know she committed to being …read more