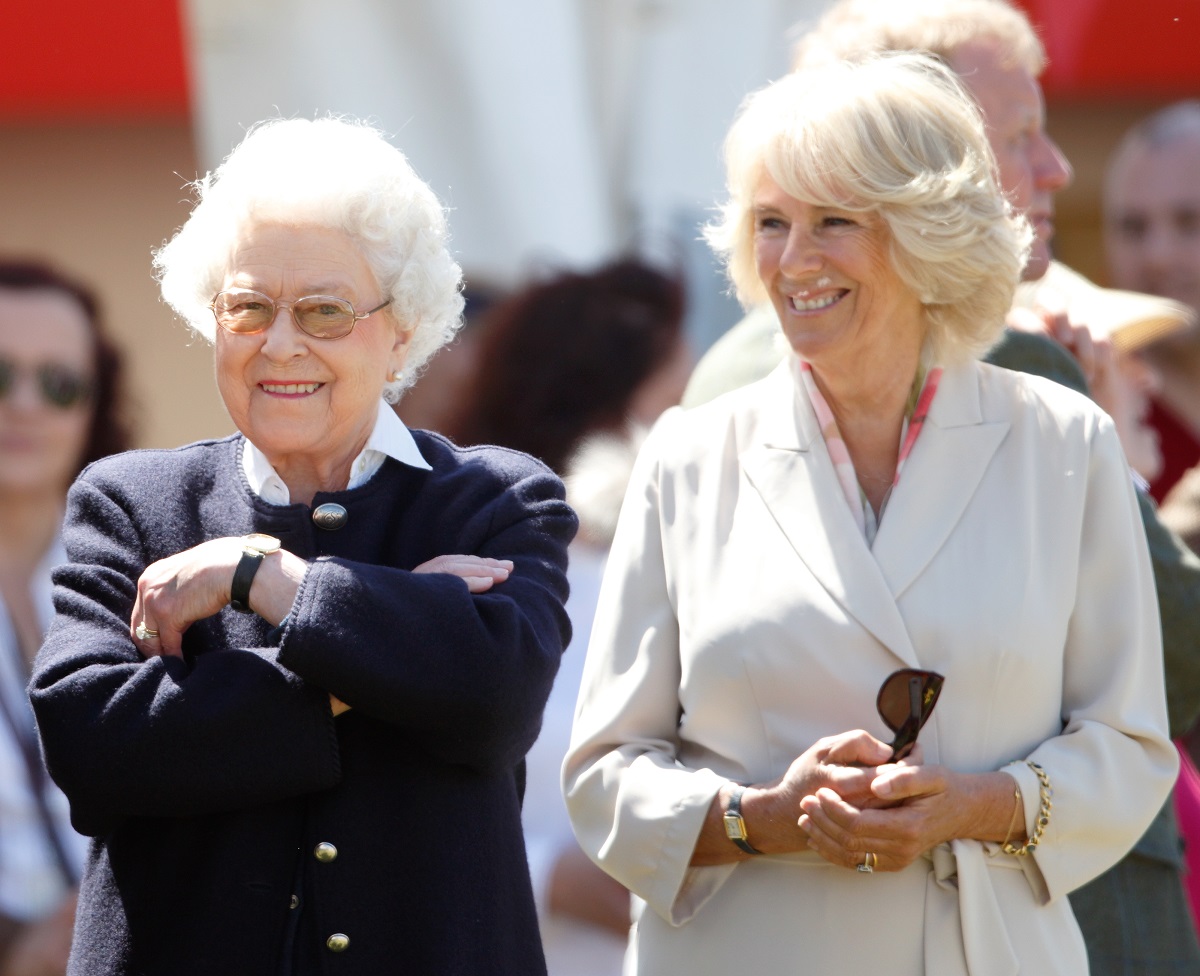 People around the world have paid tribute to Queen Elizabeth II following the monarch’s death on Sept. 8. Members of her family have been doing the same and some have been sharing the fondest and funniest moments they had with her. That includes Camilla, Queen Consort (formerly Camilla Parker Bowles).

King Charles III‘s wife recalled how her mother-in-law found a wardrobe mistake Camilla made on her wedding day hilarious.

During a pre-recorded tribute, which aired on the BBC after Queen Elizabeth’s death, Camilla spoke about how the royal family matriarch had been a part of so many people’s lives for so long and understood how to separate public life from private life.

“She’s been part of our lives forever. I’m 75 now and I can’t remember anyone except the queen being there,” Camilla stated. “She was the only one so I think she carved her own role.”

The queen consort continued: “She made a rule that she had her private time and her private passions and then her public role and I think that is very important that the diary is planned out so you know when you’re on duty and when you’ve got to do things.”

Camilla recalled her mother-in-law cracking up over wardrobe malfunction

Camilla also shared a moment that happened the day she married Charles when nerves got the best of her and she made a mistake with her shoes that had the late queen cracking up.

“I remember coming from here at Clarence House to go to Windsor the day I got married,” Camilla began. “When I probably wasn’t firing on all cylinders, quite nervous. For some unknown reason I put on a pair of shoes and one had an inch heel and one had a two-inch heel. Talk about hop-a-long.”

“There was nothing I could do. I was halfway down in the car before I realized and she could see and she laughed about it,” Camilla revealed, before adding, “She had a good sense of humor.”

In February 2022, Queen Elizabeth released a public statement saying that she wished for Camilla to be known as queen consort when Charles ascended the throne.

In his first public speech following his mother’s death, King Charles said his “darling wife” has become queen consort and would continue her public service.

“I count on the loving help of my darling wife, Camilla,” Charles in his first address to the nation. “In recognition of her own loyal public service since our marriage 17 years ago, she becomes my queen consort. I know she will bring to the demands of her new role the steadfast …read more