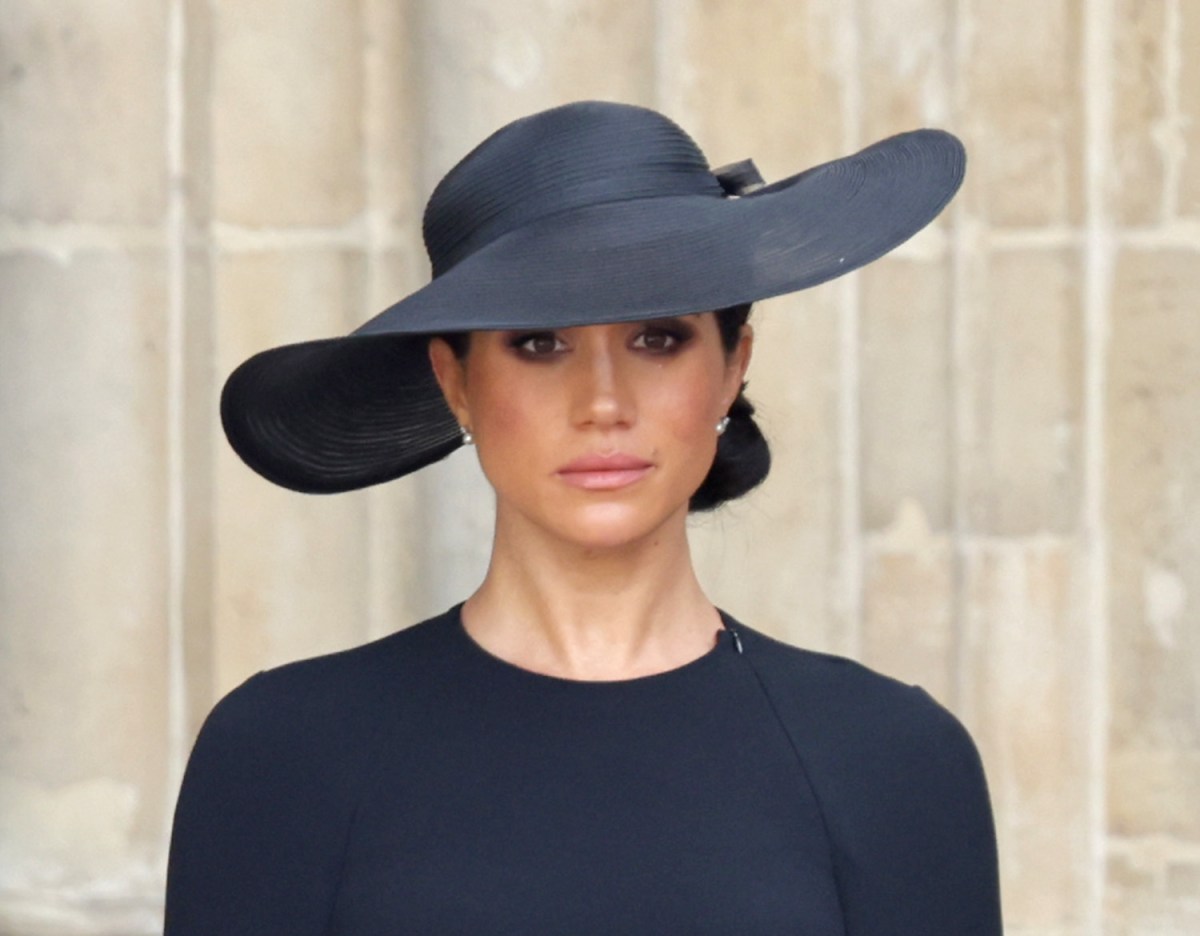 Meghan Markle‘s body language was “understated” during Queen Elizabeth’s funeral, according to one expert. The Duchess of Sussex was spotted giving her “silent support” to Prince Harry during the somber affair and doing very little to draw attention to herself.

Body language expert Judi James shared her analysis of Meghan during the funeral, telling Page Six how the Duchess of Sussex was able to support her husband without drawing attention.

“The best description of Meghan’s body language at the funeral was ‘understated,’” James said.

“She seemed to offer a continuation of that silent support to her husband while sitting and walking with a look of dignity tinged with sadness,” she explained.

The expert further pointed out how Harry and Meghan’s hand holding was “kept to a minimum,” as they were only spotted touching hands briefly when they left together.

Prince Harry put on an emotional display according to James. “Walking beside, but a large distance apart from his brother, his puckered brows and rapid blinking suggested the onset of tears,” she said.

Harry also appeared to be “bracing himself emotionally” with his gestures, James noted.

“When he watched the coffin being unloaded there was the sucking in of the lips, rocking from side to side and shoulder roll that he had performed before to suggest he was bracing himself emotionally,” she said.

Prince Harry and Meghan Markle observed the ‘seriousness’ of the funeral

“In keeping with the seriousness of the occasion and a show of respect, Prince Harry and Meghan forewent their signature hand clasp in favor of a formal distance, walking side by side behind Prince William, Princess Kate, Charlotte, and George,” Loisel told 7Life.

Loisel looked at how Meghan held her hands in front of her body. “Whilst most in the procession walked with arms by their side, a somber Meghan kept her head bowed, eyes downcast and hands clasped in front, in a self-protective gesture indicating a level of discomfort or uncertainty, and perhaps as a sign of respect,” she said.

Loisel also noted that Harry and Meghan weren’t as “tactile” as they usually are in public. “It was interesting to note the lack of affection and mutual touch between Prince Harry and Meghan,” the expert explained.

“Whilst we see some postural echoing between the pair on a couple of occasions, their bodies orientated towards one another, for the most part they appeared to avoid contact tie signs such as their signature hand holds in favor of a more formal distance, perhaps as a show of respect or in response to recent criticism,” Loisel said.

Showbiz Cheat Sheet acknowledges conditions and cultures can impact body language and is sensitive to all backgrounds.

Emily Ratajkowski: All of the Women Blaming Adam Levine’s Cheating Partners Are …