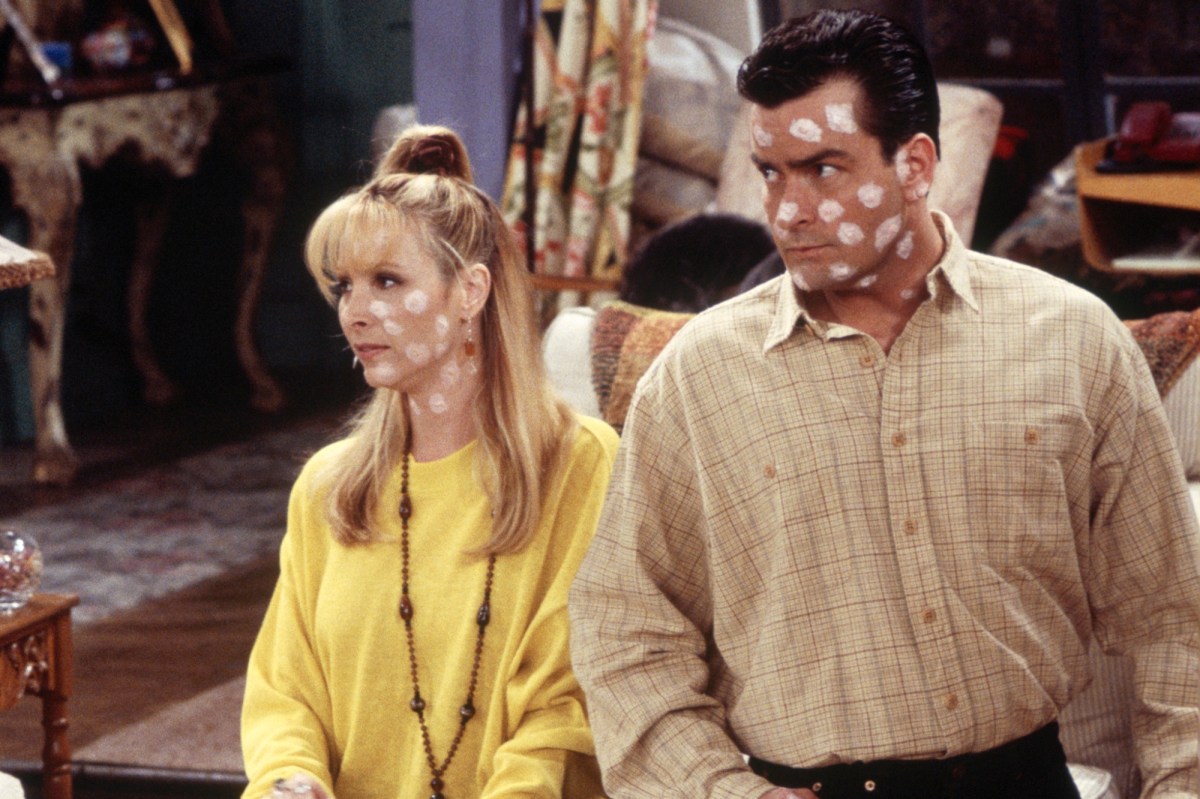 Friends was one of the most popular sitcoms to ever air on network television. Producers regularly brought on guest stars, which helped with marketing new episodes to young audiences. However, not all of these seasoned performers were very comfortable performing in a sitcom setting. Friends guest star Charlie Sheen was “rattling” so bad with nervousness that he needed a backrub from his brother to calm down.

Sheen played Ryan on Friends Season 2 Episode 23 – “The One With the Chicken Pox,” who dated Phoebe (Lisa Kudrow). He was a Lieutenant Commander in the United States Navy, who Phoebe found immensely attractive. However, he spent so much of his life underwater. Nevertheless, he still traveled to visit her for three days at a time when he was able to. Therefore, Phoebe called him “my submarine guy.”

Ryan was only on Friends for a single episode, where Phoebe had planned to spend time with him. She tragically discovered that she got chicken pox, which ruined her plans. Phoebe ultimately revealed herself, but Ryan wasn’t bothered, although he ultimately caught it, as well. Ryan later had to leave back to sea.

Charlie Sheen was so nervous filming ‘Friends,’ his legs were ‘rattling’

According to Saul Austerlitz’s Generation Friends, Sheen didn’t have the easiest time filming Friends. Director Michael Lembeck informed the actor that he wanted him as a surprise for the audience. Sheen was instructed to expect a “roar of delighted applause” when he first arrived but to not read his dialogue right away. Lembeck told him to pause for laughter after every line to avoid ruining any of his other jokes.

Emma Watson on Her Favorite Scene With Rupert Grint

It came time for Sheen to enter the Friends scene, but Lembeck was “puzzled” after the actor delivered his first line. He stared at the camera aisle until the director called cut and the audience was totally confused as to what happened. The director blamed it on a camera error. However, he asked Sheen in private what actually happened.

Lembeck asked Sheen why he was staring at him during the take, and the actor instantly pointed his attention down to his legs. Sheen continued to insist until he looked down and saw that his legs were “rattling” because of his nervousness. Before coming onto Friends, Sheen previously starred in Platoon and Wall Street, but this was a whole different experience.

Fortunately, Sheen’s older brother, Emilio Estevez, was there to come to the rescue. They set up in a corner, and he rubbed Sheen’s back and calmed him down until he was confident enough to return to the set.

Friends Season 2 Episode 23 was the first and last time that audiences saw Sheen as Ryan. However, that didn’t necessarily mean that the character was entirely …read more